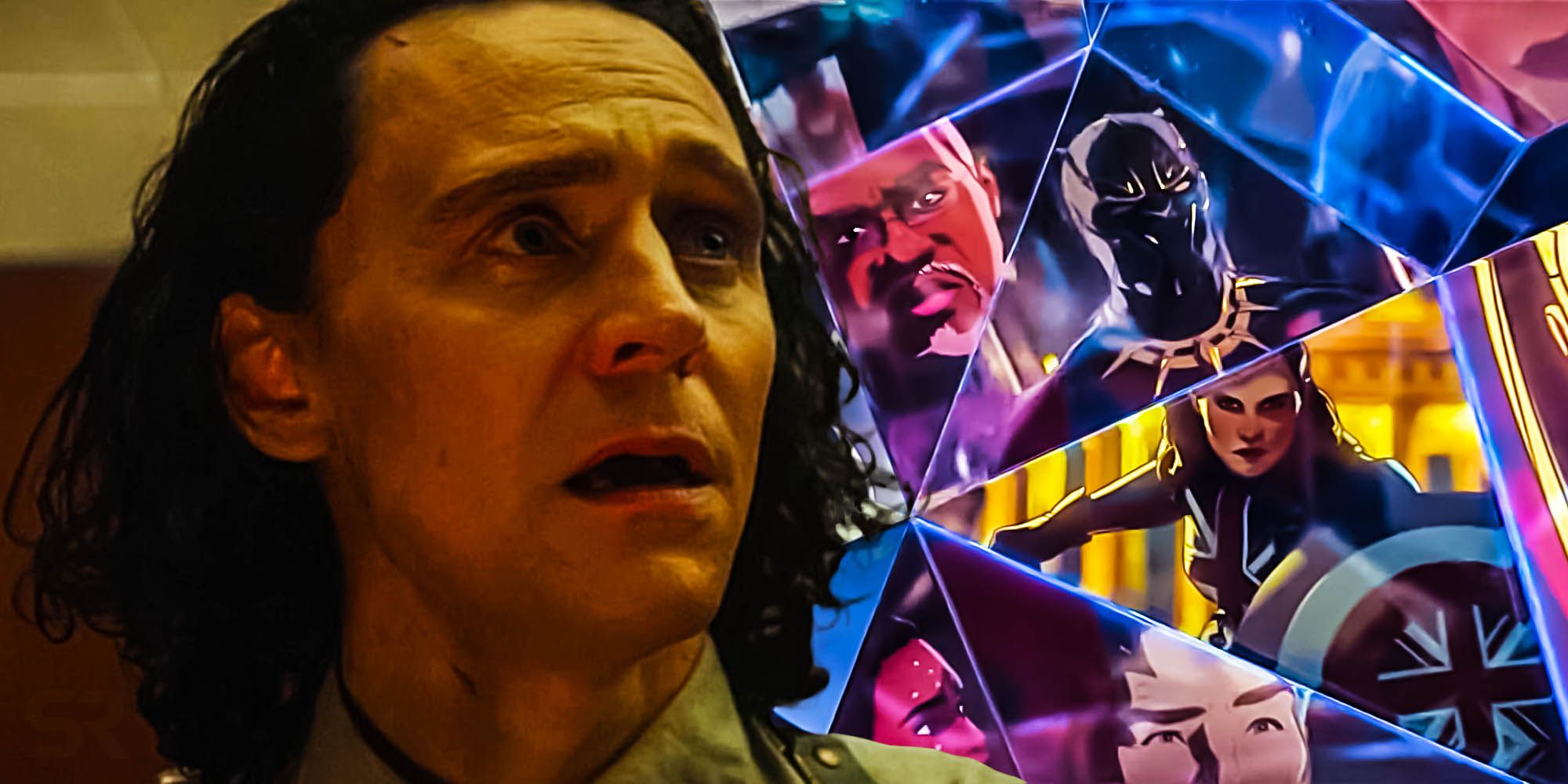 What if the MCU’s Multiverse Opportunity ruined after Loki

So far, Marvel’s What if …? isn’t taking advantage of the great opportunity that Loki opened up with his multiverse introduction.

What if… from Marvel? do not take advantage of the great opportunity that Loki put the show back on when he introduced audiences to the concept of the MCU’s multiverse. Although the multiverse is known to be at the heart of the MCU, it wasn’t until Loki (Tom Hiddleston) encountered the Time Variance Authority in his Disney + series that Marvel began to reveal how it worked.

Building on the rules of time travel in Avengers: Endgame, Loki has established all kinds of interesting ideas about the large number of timelines that exist in the multiverse, how they are different, and the dangers of changing them. Loki introduces new MCU terms that relate directly to time travel and alternate universes, such as Sacred Timeline, Variants, Nexus Events, etc. And after fleshing out the multiverse, the MCU threatened to destroy everything in one fell swoop. In the Loki season finale, Sylvie (Sophia Di Martino) murdered The One Who Remains (Jonathan Majors), who has vowed that his death will spark the creation of a multitude of timelines and the start of a new multiversal war. As a result of this decision, chaos could ensue throughout the multiverse, with Ant-Man 3 Kang the Conqueror being at the center of everything.

While Loki was able to introduce a few alternate versions of the God of Mischief, he didn’t really have the opportunity to dive into any of the timelines they came from. That’s when the next installment of the MCU’s Phase 4, What if … from Marvel ?, entered the picture. His subject made him the best choice for Loki. After all, it was a show that had to explore the nooks and crannies of the multiverse that Loki talked so much. Sadly, the Disney + animated series has yet to live up to its potential in this regard.

None of the What if …? doesn’t really matter

What if… from Marvel? asked and answered six different questions, but it didn’t matter what material they covered in the context of the MCU, as they weren’t derived from actual events that could realistically have happened. Peggy Carter was not a candidate for the Super Soldier Serum, there had never been a threat of a zombie apocalypse, and T’Challa to be kidnapped by Yondu and become Star-Lord came out of left field. These episodes would have been better suited for What if…? if they were actually in danger of happening at any point in the MCU’s timeline. It’s a bit contrary to the premise of the comic book series. What if…? is based on. In the 1970s, What if? significantly examined alternate (and quite possible) endings to established stories, like the Kree-Skull War, the Avengers’ first fight with Namor, and the death of Uncle Ben. Some of their plots and developments worked so well that they ended up being reworked into Marvel Comics canon. This is a testament to the level of importance the comics had for the wider Marvel Universe. What if … from Marvel ?, on the other hand, has not yet.

What if the links of …? with the multiverse were useless

Before the broadcast of What if… from Marvel? on Disney +, it made sense for the show to come after Loki, but as it stands, where the series falls into Marvel’s release order seems unimportant. Unless the show hides a huge twist in one of its final episodes of the season, it wouldn’t have made much of a difference if the show had aired at the start of Phase 4 or any other time. This is because his connection to the multiverse is unnecessary. Those involved in the series reiterated that What if… from Marvel? is at the heart of the MCU’s overall story, but at this point, that doesn’t appear to be the case. Also, it doesn’t do much in terms of adding or developing concepts of Loki. His greatest contributions to the MCU’s multiverse myth are Uatu the Watcher and how the series defined “absolute points“, But it’s not clear if these things will ever make an impact on the MCU’s plots on the outside. What if… from Marvel?

What if…? Season 2 should focus on the real issues of the MCU

What better for the future of What if from Marvel …? is that he delivers stories that actually have real stakes in the MCU. He could do this satisfactorily if he revisited specific moments that fans would recognize in the MCU movies. Unlike Season 1, Season 2 has to ask questions that fans have been interested in for years. The answers should be those that affect the experience of watching MCU movies again.

Related: What If Thanos’ Infinity War Attack On Iron Man Was Right

Much more fascinating situations he might have explored include if Captain America hadn’t been frozen in the 1940s, and if Thor had been killed in New Mexico, and if Loki hadn’t murdered Agent Coulson, what if the Avengers haven’t broken it up before Infinity War. Due to the fact that all of these things really could have happened, these would be stories that have real meaning for the MCU. A fully united Avengers team facing Thanos in Wakanda, for example, is already something that has already been widely discussed, as many believe the Mad Titan could have lost had the heroes not been fractured. It would have been interesting to see where the Avengers would have ended up had they beaten Thanos early. If they did, what would Steve Rogers and Tony Stark be doing right now? Opportunities like this – as opposed to those that weren’t on the table, to begin with – would have had much more importance.

What if…? season 2 would generate even more interest if it tackles by Loki teases the multiverse. After all, it would seem entirely appropriate that there is some connection of some kind, given that He Who Remains warned of new deadlines and multiversal conflicts. It could be that Kang himself could even trigger some of the show’s “what if” storylines. Or, the problems he could cause could cause some of his more popular characters to converge, like Captain Carter. Moving back and forth would help deepen the significance of Loki’s ending and the connection between What if… from Marvel? and the rest of the MCU. Uatu the Watcher mentioning what happened or a time-traveling variant of Kang appearing in one of the show’s many episodes would help ensure viewers deal with What if… from Marvel? as an interesting chapter in the new MCU saga.

What if … from Marvel? releases new episodes every Wednesday on Disney +.

Why Sex Education Season 3 Reviews Are So Positive

Nicholas Raymond is a film and television screenwriter for Screen Rant. He graduated in journalism from the University of Montevallo and is the author of the psychological thriller and time travel novel, “A man against the world”. Nicholas’ love for storytelling is inspired by his love for film noir, westerns, superhero movies, classic movies, and ancient history. Her favorite actors are Tyrone Power and Eleanor Parker. He can be reached by email at [email protected] and on Twitter at @ cnraymond91.

His point of view: A little about our ‘Dreamcatcher in the Rye’ | Opinion