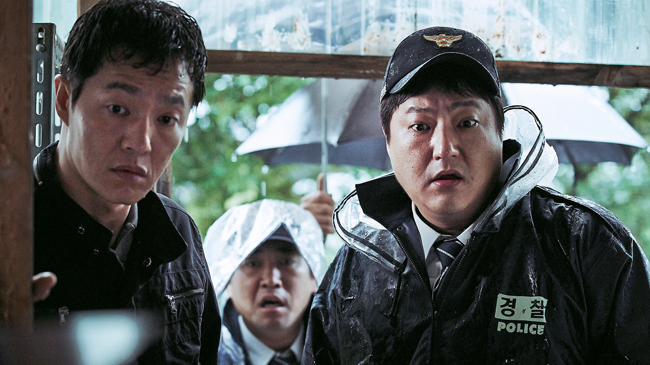 The South Korean film industry has flourished in recent times, producing more and more particularly interesting films that have gained worldwide attention. But that’s what the world seems to think. South Korea has been producing amazing movies for a very long time, the world just hasn’t caught up with it yet.

Here are a few that you’ve probably never heard of and should start watching ASAP. Don’t let the captions hold you back, it won’t even bother you after a while.

A psychological horror that involves cult and an ancient folk tale set in a remote mountain town. In light of some gruesome murders, a suspicious newcomer, and villagers with sudden illnesses, a police officer is on the hunt for the prime suspect in the case in order to save his daughter from death.

Lamentations transitions from one act to another seamlessly, from light beginnings to an exorcism to a classic thriller situation as everyone scrambles to find reasons to blame each other in the hysteria of the moment. It’s a delicious horror trap that will keep you glued to your seats until the end.

We all know Bong Joon Ho’s work at this point, and Parasite is one of many beautifully directed films he’s made – not the best, but it’s the one the world took notice of and so he made the list.

Parasite is a dark satire depicting the lives of two families on opposite ends of the spectrum. It discusses social and class issues in the modern world, and the great efforts humans are willing to make to survive. The twists and turns that this film takes us are magnificent and will remain timeless in the cinema.

A violent thriller that you should probably skip if you feel nauseous. The film was one of the first South Korean films to make its name known among the world’s greats and has since cultivated quite a cult following.

Old boy is about a man who takes revenge after being released after being kidnapped and kept in a room for 15 years. In his isolation, he plots his revenge and trains every day to be the best killing machine version of himself. Upon his unceremonious release, he tracks down each of his captors to uncover the reason for his kidnapping and kill them in interesting ways.

A melancholy drama that delves deep into a person’s thoughts and perspectives on aging, death, guilt and grief. With a 66-year-old main character at the helm of the film, we’re all taken on a journey as she learns that she is developing Alzheimer’s disease and decides to join a poetry learning community.

Eventually, the film becomes more than its protagonist trying to learn and write poetry. It became a reflection of his life and his memories. It’s a film that asks questions we’re often too afraid to answer and leaves us in deep thought for days. It will probably make you cry too.

I saw the devil

Even more violent than Old boy, we have I saw the devil. It’s a movie you should probably avoid if you’re squeamish. Lots of torture, murder, and violence fill this movie as it feeds into the character’s sense of messed up purpose, which is revenge.

The main character, a secret agent, is ready for revenge as he tracks down the serial killer who murdered his pregnant wife to torture him and set him free. He does this multiple times, torturing him in new ways each time and releasing him until he ends up killing the man. It’s like a domestic cat that hunts for sport, but in human form.

Let’s move on to something a little lighter, Miracle in cell number 7 is a dramatic comedy where a man with a mental disability is wrongfully jailed for sexual assault and murder. He befriends the five hardened criminals who in turn help him smuggle his unmarried daughter into prison.

This film will make you cry repeatedly and make you want to explore the injustice of the justice system towards the mentally disabled. There are layers in this movie and more often than not you will find yourself crying and laughing at the same time.

Another film that made waves in the film industry when it was released, Train to Busan is an action horror film about a zombie outbreak in Korea. As the name suggests, the outbreak happened while the protagonists were on the train from Seoul to Busan, so most of the movie takes place on the train.

The film explores themes found in the social structure of society as everyone struggles for their survival and a place in the safe section of the train. Along with this situation, the main protagonist is there to protect his daughter and bond with her somewhat – nothing like a zombie apocalypse to make this happen!

Loosely based on a Victorian detective story of the same name, The servant explores a reality where Koreans are second class in their own country, Japanese being first. A Korean peasant woman becomes the servant of a Japanese heiress in an attempt to implement the plan of a count who wants to seduce and seize his wealth.

An action thriller with some of the best action sequences and stunts ever seen in an action movie. The meanie features a young woman who was trained to be a killer from a young age and who transforms into a sleeper agent for the Korean Intelligence Agency.

Right off the bat, audiences are treated with an explosive display of actions and stunts to set the tone for the film. The movie also moves in chunks of flashbacks, from our protagonist’s past and how she got to where she is now. After all the twists and turns, she also ends up getting the revenge she needs.

South Korea never ceases to amaze with its thrillers and psychological films, Burning is part of the will for it. The film is based on two different short stories from two different writers that combine into an interesting plot.

The story follows a delivery boy who finds his childhood friend. But as her friend goes on a trip to Africa and returns with another man, the tension between the three grows and escalates. Of course, it’s more than two guys fighting over a girl. There is a particular ambiguity and unease in this film that you have to experience to be understood.

Here is. Some of the best South Korean movies of the 21st century to date. Most of their best work comes from thrillers, horror and psychological genres, their directors and actors have a great talent for these. Here are some honorable mentions you should look at when you’re done with the above: Mother, Memories of Murder, Secret Sun and Pietà.

Either way, if you ever need iTunes gift cards and more, head over to OffGamers here!

Series Mania brings the creators of your favorite shows to Melbourne