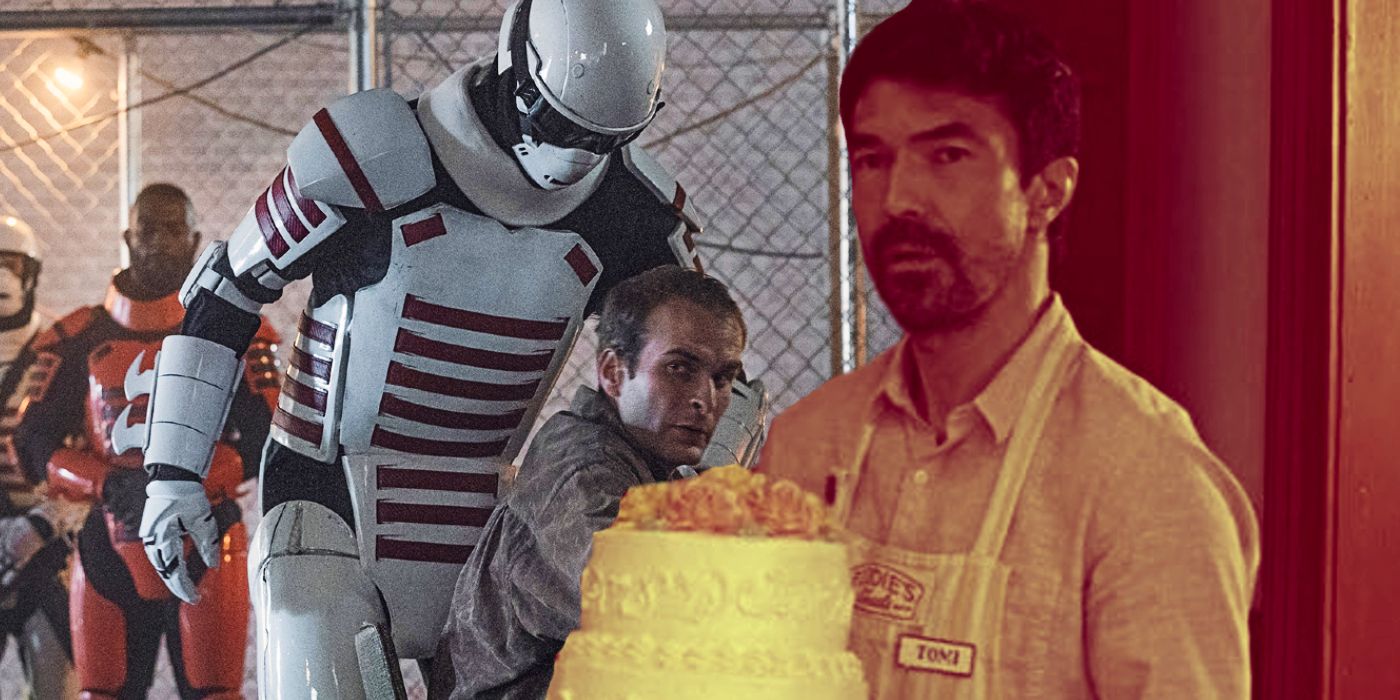 Tomi from The Walking Dead reveals a secret he kept from the Commonwealth that could change his life forever, and maybe not for the better.

The walking dead reveals that Tomi is secretly a surgeon hiding in the Commonwealth as a baker, showing his deception and that the community is not all it is supposed to be. When Yumiko asks why Tomi works in a bakery instead of saving lives, he quickly ends the conversation, looking around to see who may have been listening. It is evident that something sinister lies behind the happy facade of the Commonwealth.

After Eugene makes radio contact with Stephanie, the two set up a meeting. Yumiko, Princess, Ezekiel and Eugene are captured, separated and held in four separate rail containers by the Commonwealth Army. The four survivors are eventually taken care of for further assessment. The group is interviewed individually by two “listeners”, who ask a litany of questions to determine the group’s eligibility to join the community. Yumiko discovers a note from Tomi on the wall of the lost. He says Tomi lives in the Commonwealth and is looking for Yumiko. The four are offered a place in the community, and Yumiko proves her worth to her captors by telling them about her previous career as a lawyer.

Related: The Walking Dead: Every Character In Aaron’s Dream Explained

Tomi’s decision to keep his own career a secret from this company reveals his distrust of utopian civilization. Tomi even tells Yumiko not to “ruin” for him when Yumiko questions his decision. While not much has been revealed about Tomi’s experience in The Commonwealth, it’s clear that his decision to step down from the possibility of being in the upper echelons of society means it’s a dangerous place. Not much is known about the inner workings of high society in the Commonwealth. The comics say the community operates on a caste system, which explains why the Commonwealth is obsessed with burning money. It is therefore obvious that he benefits from a social hierarchy. Certain creature comforts are retained in society, such as using US currency and placing citizens in their previous jobs, in order to lull members into a false sense of security. The community’s tough tactics to capture the Four and the odd assessment of listeners show what kind of authoritarian acts society might demand of Tomi if he revealed his previous career.

Eugene’s treatment, in particular, is also indicative of the Commonwealth’s use of deception. The pressure on him to reveal the location of the series’ core group is proof of the tension and expectations placed on the shoulders of Commonwealth citizens. If that’s not worrying enough, it should be noted that the Commonwealth mantra, “For the good of all and for all those who seek comfort at our doors.“is eerily similar to the mantra of Terminus, the antagonistic cannibalistic community of seasons 4 and 5:”Sanctuary for all. Community for all. Those who arrive survive.“The Commonwealth cleverly disguises itself as a totally pristine place in the zombie apocalypse; the goal of their company is to make it look like the zombie apocalypse never happened.

Where Tomi is, it is in a place of perfect balance. Tomi does not have to get involved in the insidious power structure of the Commonwealth and can continue to live as a happy community baker. While the show’s Commonwealth is meaner than the comics, Tomi has a lot to lose when it comes to the peace and lack of accountability he faces in his current position there. The walking dead isn’t known to treat doctors well, and Tomi’s discretion makes it clear that his life would change forever if the secret was revealed. Probably not for the best.

Kathryn Rath is a freelance feature film writer for film and television for Screen Rant, tasked with taking a closer look at popular media stories. Kathryn worked for The Story Department, based in Sydney, Australia, where she revised screenplays and helped write masterclasses. She is a huge fan of the Horror, Sci-Fi and Fantasy genres. She is currently based in Orlando, Florida where she lives with her husband and 3 cats. She enjoys writing screenplays, making short films, reading and crocheting.