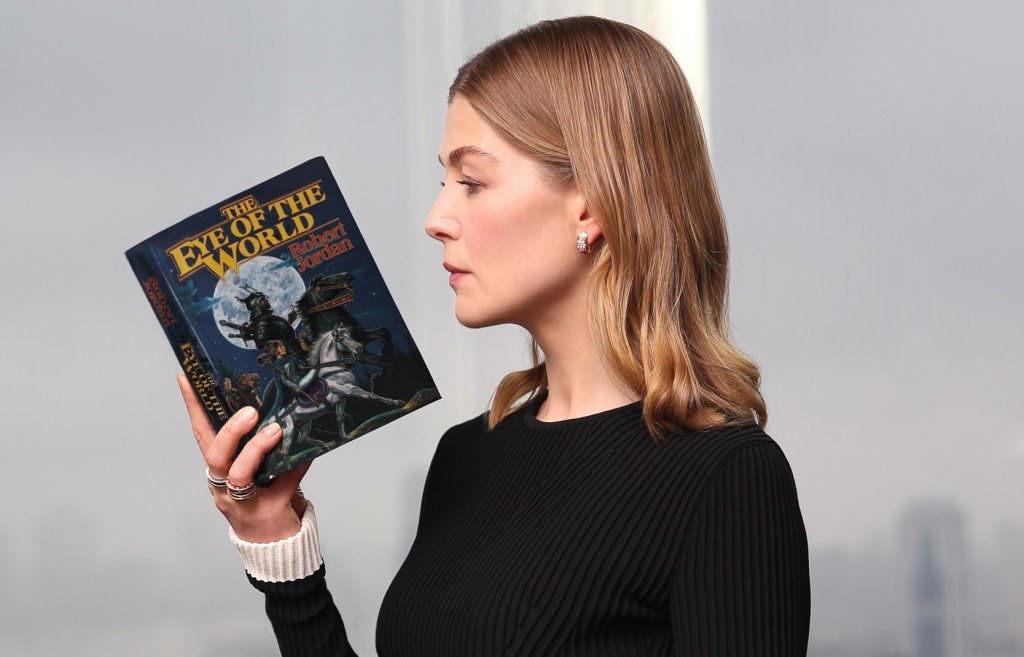 Amazon Prime Video has announced that the upcoming fantasy series “The Wheel of Time” will debut in November.

The series is adapted from Robert Jordan’s eponymous book series and stars Rosamund Pike as Moiraine, a member of an all-female magical organization that leads five young people on a trip around the world while attempting to learn which of them will accomplish. the prophecy of the Dragon Reborn.

“The Wheel of Time” was adapted by showrunner Rafe Judkins. Larry Mondragon and Rick Selvage of Red Eagle Entertainment, Mike Weber, Ted Field of Radar Pictures, Darren Lemke, Marigo Kehoe and Uta Briesewitz are also executive producers, with Briesewitz scheduled to direct the first two episodes. Pike will serve as producer and Harriet McDougal and Brandon Sanderson will serve as consultant producers. “The Wheel of Time” is co-produced by Amazon Studios and Sony Pictures Television.

See a new poster below.

Amazon also announced that the teen horror series “I Know What You Did Last Summer” will premiere in October. Based on the 1973 novel of the same name by Lois Duncan, the series tells the story of a group of teenagers hunted down by a mysterious killer a year after a fatal accident on their graduation night. Madison Iseman, Brianne Tju, Ezekiel Goodman, Ashley Moore, Sebastian Amoruso, Fiona Rene, Cassie Beck, Brooke Bloom and Bill Heck are the stars. Gary Tieche is executive producer.

Paramount Plus has announced a September 16 release date for the adult animated series “The Harper House”. The comedy will follow a family from a small town in Arkansas moved to their inherited spooky Victorian home after the mother and breadwinner lost her job. Home is a major repairman, and the trailer sees family members run into wheezing creatures in the basement and a dead woman in bed next to her sex toys. Starring Rhea Seehorn, Jason Lee and Ryan Flynn, “The Harper House” is produced by Katie Krentz and Brad Neely, who is also the creator. Brian Sheesley is the supervising director. Watch a trailer below.

Amazon has released a trailer for “SOZ Soldiers or Zombies”, a Mexican series about the zombie apocalypse which premiered on August 6. The eight-episode first season will follow a drug lord who escapes from a top-security prison with his son and hides in a remote drug rehab center until the research forces tracking him down are infected. by mutant zombies. Watch the trailer below.

Amazon also shared never-before-seen footage of “Evangelion: 3.0 + 1.01 Once Upon a Time,” an animated film that will premiere on the platform on August 13 after its Japanese theatrical release in March of this year. This is the fourth and last in the “Evangelion” series. Check out the new images below.

IMDb TV has shared a preview of an episode of “Leverage: Redemption” which will air this fall. The episode, which stars LeVar Burton as the librarian, is the debut film by actress Beth Riesgraf, who stars as Parker in the series. Watch the preview below.