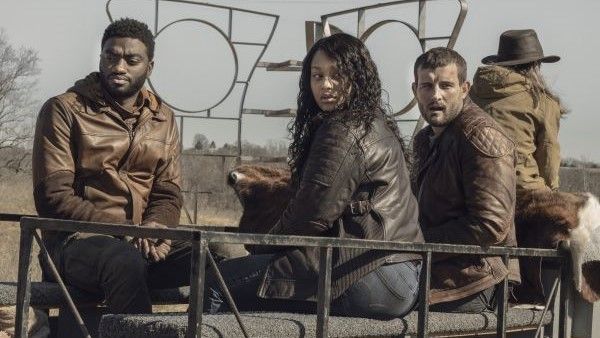 “The Walking Dead: World Beyond” remains a gem of the heart

This article contains spoilers for The Walking Dead: World Beyond Season 1.

The Walking Dead: The World Beyond is entering its second and final season, which was announced alongside its premiere in 2020. The erratic lineup, pandemic woes and the feeling of being done the way it started could leave fans of the franchise feeling like it was a show that never stood much of a chance. Yet despite a mixed critical reception and an apparent lack of overall vision for the series, the incredible cast, emotional dialogue and sense of adventure have managed to make it a hidden gem in the world of The walking dead.

A decade after the zombie apocalypse, the remnants of humanity have worked to build small civilizations. Yet many of them seem doomed to repeat old power dynamics and have found themselves clinging to a world that no longer exists. Rather than coming together, old systems of domination have been reestablished and it is estimated that humanity will soon be wiped from the planet.

Yet children continue to be born and humanity continues to fight and build in the hope of a better future. For some, “the night the sky fell” – so named because zombie attacks literally knocked planes down from the sky – happened when their own lives were just beginning. An encampment in the remains of Omaha, Neb., Known as Campus Colony, has managed to take on the appearance of a functional township, with schools and luxury items like coffee readily available. Yet there are always zombies right outside the fences, and militarist forces are watching even the smallest of events in the city.

Sisters Iris (Aliyah Royale) and Hope (Alexa Mansour) are left behind when their brilliant father Leo (Joe Holt) must leave the colony under the orders of the Civic Republic Military (CRM). After months of brief one- or two-sentence messages through a makeshift system, they worry about his well-being and set off in hopes of finding him. Under-prepared and barely trained, the sisters brave nature with their friends Elton (Nicolas Cantu) and Silas (Hal Cumpston). Hope and Iris’ foster brother Felix (Nico Tortorella) and team partner Huck (Annet Mahendru) pursue them, although as the series progresses we find out that Huck isn’t that. that we think it is.

In the first few episodes, the characters all fit into easy archetypes, leading many critics to dismiss the series as spinoff, with some noting that it was a fairly unnecessary addition to the Walking Dead franchise. Still, while the in-game themes are typical of other series, there are plenty of moments of truth and empowerment that give the series a more upbeat vibe than most of the other threads on the show. TWD universe.

Iris and Hope’s relationship as sisters remains the glue that holds the series together, and although the concept of a straight sister and a rebellious sister clashing but still growing together is by no means unique. , it’s always the kind of dynamic that defines a series. While they won’t always agree, their dedication to protecting and listening to each other is a heartwarming change of pace for an otherwise bleak franchise. As Hope forms a bond with Huck and goes through the ultimate disillusionment of realizing that Huck is a traitor, Iris remains a champion of the people. Hope is an individualist while Iris focuses on community building and movement with the group, which makes her a perfect partner for the jaded but hopeful Felix.

As for Felix, he starts out like a typical cop, but his resilience is impressive. The pain of losing his family is compounded by the fact that they preferred to lose themselves after finding out he was gay. Raising a family with Leo and the girls meant so much more to him than he could express, and the brief glimpses we see of his relationship with fellow CRM member Will (Jelani Alladin) give us some idea of ​​the importance of family ties and the fear of losing them. Will does everything possible to protect Felix, forcing him to open his heart in a way that is particularly difficult for him. It wasn’t until the Season 2 premiere that we saw the effects of the separation as they share an emotional moment and Felix burst into tears.

At the start of Season 2, Huck’s “the end justifies the means” approach to life quickly catches up with her as she struggles to regain Hope’s trust while realizing that her efforts to protect Felix and Iris have failed. served for nothing. It remains to be seen which direction her story goes, but her relationship with her mother, a senior CRM official named Elizabeth Kublek (Julia Ormond), makes for a fascinating character study. Her actions are unforgivable, but she has a way of justifying them that makes her more complicated than a mustache villain. Along with his charisma and bravery comes an extremely uncomfortable feeling of cruelty, which makes him one of the TWDthe most compelling antagonists of.

The other characters add much needed heart to an otherwise emotionally rocky ethical adventure. Elton’s surprisingly mature choice to hang out with his friends no matter what provides the perfect counterbalance to Silas’ sense of acceptance in the face of the tragic circumstances of his life. Percy and his uncle made a fun distraction before their story took a dark turn in Season 1, with Huck murdering one and shooting the other. The CRM is by and large a dark and stereotypical government agency, but its boss and Huck’s mother, Elizabeth, display a level of coldness that manages to make up for much of the show’s optimism in the manner of a classic villain.

It’s true that the zombies are little more than a backdrop for much of this series, which leaves it relatively weak in action, and the cyclical nature of some conversations can squeak. Plots don’t always hold up, and even when they do, they leave a lot of unanswered questions that are unlikely to be answered by the end of the series. Yet in its best moments, World beyond talks about what it must be like to start life with so much coming to an end, which makes it especially deep. The hopeful conclusions many of these characters ultimately come to are a big part of what makes this series as poignant as it is. Although their history is relatively short, this crew will be missed when they are gone.

Man admits making homemade pomegranates to prepare for ‘the apocalypse’