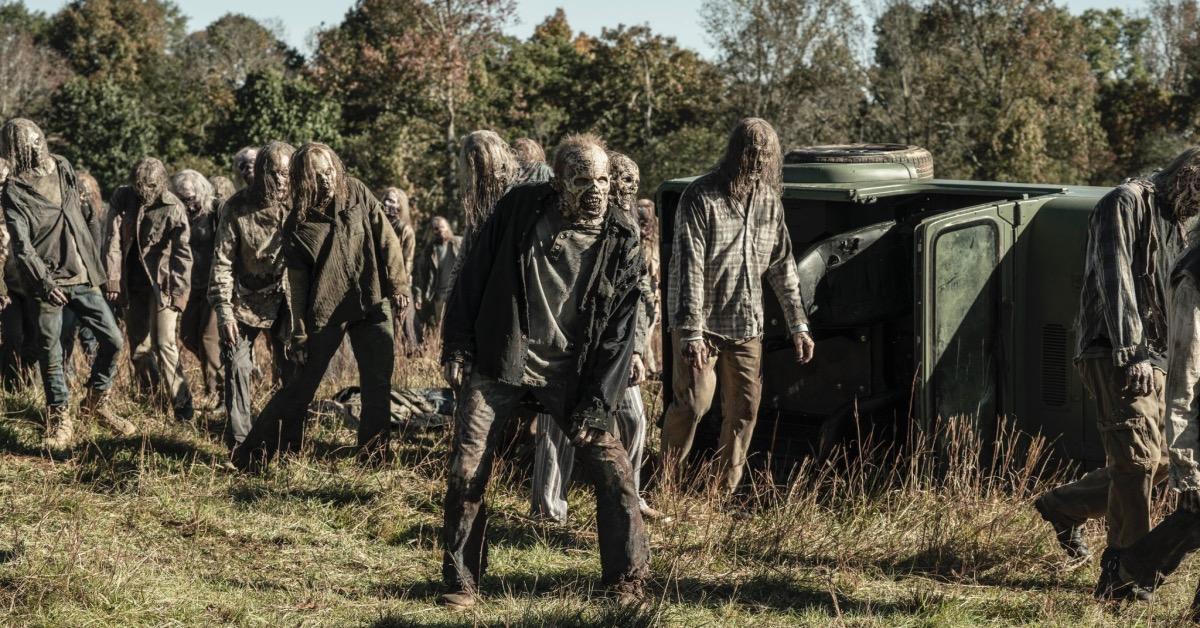 Walkers. Prowlers. Itinerants. The zombies of The Walking Dead have a new name as another race emerges: “Variants”. “I’ve heard stories of walkers being able to scale walls and open doors,” says Aaron (Ross Marquand) in the trailer for the latest episodes. “I was never sure it was just stories.” The rumors are true. These mutated walkers — which date back to the first season of The Walking Dead – are among the first encountered by Rick Grimes (Andrew Lincoln) and Morgan Jones (Lennie James). And in the final eight episodes (premiering October 2 on AMC and AMC+), those walker variants will come to life again.

“We know that we already have different types of walkers in the series. We started the season with this idea of ​​walkers, which are the ones who can sometimes fall asleep but are always dangerous when they wake up,” explained the executive producer. and showrunner Angela Kang on Sunday The Walking Dead: preview of the last episodes special. “People who watched the pilot very, very closely may have noticed zombies climbing a fence in the background.”

In the 2010 pilot, “Days Gone Bye”, Georgia walkers “turned doorknobs and grabbed [stuffed] ground bunnies,” Kang noted. The survivors would later move to Virginia and now Ohio, the homeland of the Commonwealth, the post-apocalyptic civilization threatened by a massive swarm of regional walker variants.

“We just think that depending on where you are, there may be walkers that sometimes develop a little differently,” Kang teased. “We’ve never seen them en masse anywhere, so you’ll have to watch and see.”

This race of seemingly smarter, faster, and stronger zombies exist in other parts of the walker apocalypse. A post-credits coda ending The Walking Dead: World Beyond revealed that CDC virologist Dr. Edwin Jenner (Noah Emerich) had been aware of these “variant cohorts” since 2010, when he was in contact with a French doctor researching the effects of resuscitation.

12 years in the Walking Dead apocalypse, “We kind of played into it like there might be certain walkers in certain areas that might have different abilities that we really haven’t seen before,” the series director and executive producer Greg Nicotero EO. “We’re kind of playing into the idea that some of them are out there and they’re meeting them right now.”

The Walking Dead: Final Episodes begin October 2 on AMC and with a two-episode premiere on AMC+.

Jordan & Skinner on their feminist narrative of The Time Machine