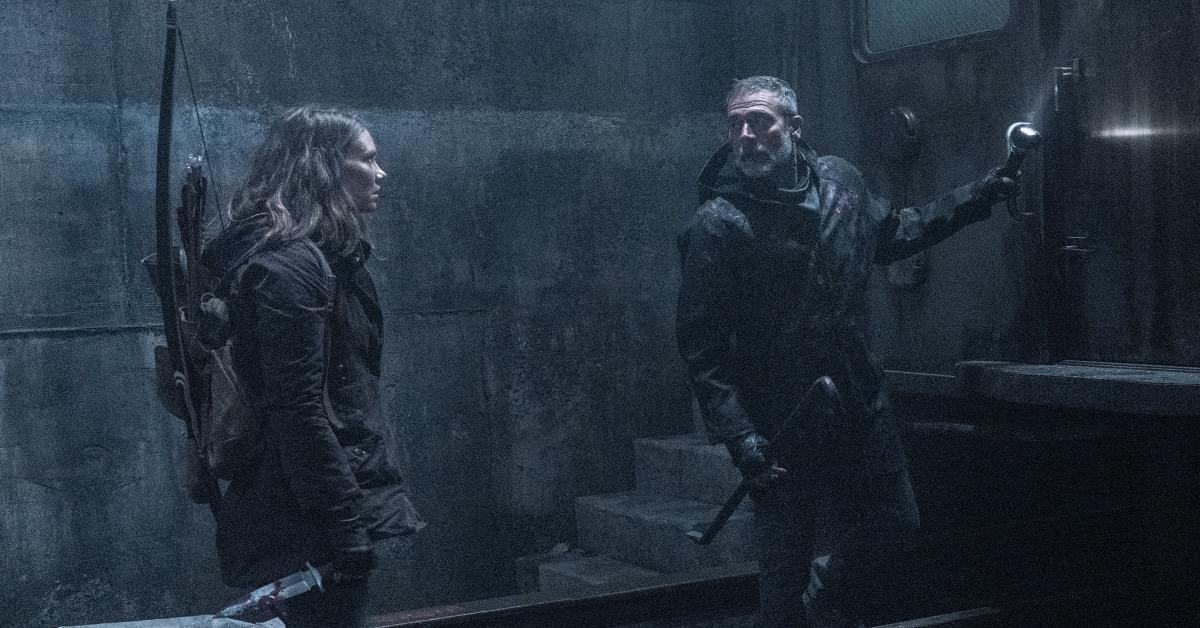 Isle of the Dead has a new title, and AMC is making it official by unveiling the logo of The Walking Dead: The Dead City. The network confirmed on Thursday the Walking Dead spin-off, originally announced in March as Isle of the Deadhad given up his work title for Dead city. (That would have made the series the first of the Walking Dead The Universe franchise must not use the “Walking Dead” branding.) AMC Networks just revealed via Instagram the updated logo for TWD: the ghost town, which follows rivals Maggie (Lauren Cohan) and Negan (Jeffrey Dean Morgan) in the ghost town of post-apocalyptic Manhattan. See below.

The logo, which is tagged with graffiti, retains the withering, all-white font that debuted when AMC announced the spinoff as Isle of the Dead. Below, see the old title treatment (left) for comparison. Both reflect the New York setting, where the series was filmed after production began in July in New Jersey.

When announcing the spin-off, AMC described the series: “Isle of the Dead envisions the popular characters of Maggie and Negan traveling through a post-apocalyptic Manhattan long cut off from the mainland. The ruined city is filled with the dead and the inhabitants who have made New York their own world full of anarchy, danger, beauty and terror.”

Eli Jorné, writer and co-executive producer on The walking dead, is the creator and showrunner and will serve as executive producer with Cohan, Morgan and AMC’s Walking Dead Director of Content Scott M. Gimple. The six-episode first season will air in 2023.

Over a decade into the walker apocalypse, ghost town is set in a “ruined and chaotic” New York City with its own cultures and warring factions ziplining through the zombie-infested metropolis.

“It’s a madhouse, and [Maggie and Negan] get in there and get sucked into the madhouse,” Gimple said on talking dead. “There’s a lot of conflict. There’s a lot of action. There’s zip lines, the walkers are crazy. The rats in this town are crazy. Eli Jorné is the showrunner, and they’re doing an amazing job there. right now.”

ghost town “Not only does it add another riveting series to this collection, it expands our storytelling around two unforgettable characters that fans have come to love, hate, or hate and then love in Maggie and Negan, brilliantly inhabited by Lauren and Jeffrey,” said said Dan McDermott, president of entertainment and AMC Studios for AMC Networks, when announcing the series. “It also allows us to explore a corner of this universe located on Manhattan Island, with an iconic skyline that takes on a very different meaning when viewed through the lens of a zombie apocalypse. “

The Walking Dead: The Dead City premieres in 2023 on AMC and AMC+.

Google blocked over 2,000 instant loan apps from the Play Store in the first half of 2022

Dust, costumes, weirdness and science: Burning Man is back