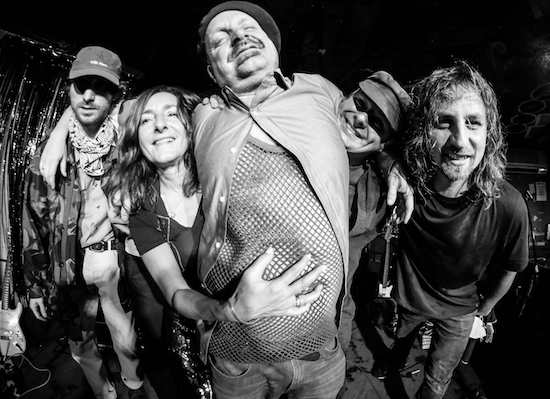 The Quietus | Features | album of the week

In the second year of pandemic isolation, I developed a fear of boring music. “If something is boring after two minutes, try it for four. If still boring, then eight. Then sixteen. Then thirty-two. Finally, we discover that it is not boring at all. Not today, John Cage. I dreaded the annihilation of vital parts of my psyche if I indulged in yet another silent sound experience putting me on a steady diet of nothing special or not particularly engaging.

I had to heal in a weird way. I was no longer so hyper sensitive to the micro signs of bodily dysfunctions, real or imagined, to the psycho-somatic anxiety that I had been carrying unconsciously for years since the death of my parents. I realized my taste for quietude and the great tolerance that I was developing for a somewhat thoughtful but monotonous art arising from a state of unresolved questions with my own mortality and the fragility of the life that I guarded with vigilance. Low-level existential shock has become a poor excuse for mature listening. Suddenly the safe space of my own imagined anechoic chamber, superimposed on life, seemed like a private hell, the sweetest nihilism spreading, suicide in slow motion, the white noise of it all running insidiously like a band of blind erasure, erasing the vitality locked up in the trauma.

Fear sharpens the ear, but boredom is nature’s warning sign that you are not engaging in life. The deflated nervous system of the post-pandemic world needs a shot of adrenaline, embracing the chaos to open unexpected new paths. I wanted to respond to every PR email suggesting a conceptual sonic echo of an echo I would need to thoroughly analyze the signs of life with, “Thank you, but I’m not grieving anymore.” Anything that brings me closer to the wild heart of life works. If it’s still boring, it’s boring, not zen, turn it off!

As I disentangled myself from my self-imposed self-isolation in global post-isolation, I only wanted to get back on the train of life. And good music was my ticket. Take me to hell if you can, we’ve all been there, make it fun. What on the surface seems driven by fear of monotony is, more importantly, driven by the exploitation of the elemental joy and power of music as a subversive agent, blasting modern anxieties to smithereens by direct engagement, rather than placating them through avoidance. Being boring in your art is the biggest marker of privilege when music has to come as an evolutionary antidote to the struggle for survival.

The ever-changing cultural landscape, with completely eroded edges of what was once underground or mainstream, failing to harness the potential for exciting anarchic cultural exchange, is increasingly stuck on the eternal button of reset, producing no systemic cultural transformation. When the alternative needs an alternative, creative proposals are bound to arise from the fertile fringes.

“Dash The Henge is an exciting new label with the goal of highlighting bands that might not be picked up from what we call the Mainstream Indie Industrial Complex, as we’ve noticed that a lot of these so-called indie labels have become even more conservative than the majors or larger independent labels and averse to taking risks, which is sometimes understandable as external financial pressures can warp the integrity of an organization.We want to offer an alternative away from the sound of ‘ Mercury Prize’, inspired by the anarchy and unpredictable nature of NTS radio or pirate radio (but not genre-restrictive).

A few words as a manifesto from Warren Mansfield, better known as Zsa Zsa Sapien of Meatraffle, one of the main players in South London’s freshest creative hub. Following the biological pathway, the space is imagined
as a new label, record store and social hub occupying the site of the former Rat Records on Camberwell Green, co-initiated with Nathan Saoudi of the Fat White Family. True to its vision, the label is already cultivating a vibrant sound and visual identity, drawing inspiration from Factory records. So far, Saudi Brian Destiny’s solo project with Sapien’s new band SCUDFM, a supergroup of sorts connecting longtime players from several London creative scenes, like the Brixton Windmill, and closely affiliated with the stylish Fat WhiteFamily. “If Meatraffle is Big Brother’s Marxist/Leninist house band, then SCUDFM is a band of naughty anarchist baby socialists who never pay to get in,” according to the self-description.

The long-awaited and presumably Covid-delayed physical release of SCUDFM’s debut LP INNIT is finally out and it’s a melodious explosion packing the best of a socially conscious and fun mix of early anti-Thatcherite post-punk, with hints of the enchanted realistic storytelling of The Fall or Pulp. The lyrics never lack an amusing darkness, full of charismatically eccentric turns of phrase.

The album’s intro, ‘A Theme From Scud’, is as vocally tight as Bauhaus on a decidedly more upbeat day, chasing the dark stuff. Betraying the image of the edge-lord with subversive sincerity from the intro, he admits: “Please don’t get me wrong, I’m telling you frankly, I’m not a tanker, these are just metaphors and a kind of way to boost morale”, in search of collectively unifying ideas and its symbols.

A tribute to the famous labor leader ‘Bob Crow Was a Legend’, replacing the oft-maligned tabloid creation, is shouted from the rooftops here, punctuated with effective blurry riffs. “Who put the spell on my penis?” Madame Hifi asks as she takes on the vocal duties of a women’s rights anthem, subverting the feminist killjoy trope with a charming delivery and sun-tinged classic indie guitar.

Sardonic about disenchanted relationships, “One Thing” is as close to a hellish ballad as you can get and on the urgently stomp “Allergen Also,” we find that affection is an allergen, causing the narrator a series of side effects. claims. “Bigger Boat” is perhaps their greatest and most danceable track, a moment of joy stolen from the midst of the mess we find ourselves in, skillfully playing with the Jaws reference.

SCUDFM brings the right kind of catchy punk energy, its urgency waking us up from the collective brain fog into a moment of re-engagement in community life with newfound resilience. More importantly, as a broader initiative, it asks the right questions by challenging the cultural impasse with an ostensibly iconoclastic attitude, avoiding easy targets like a far-right boogeyman from the mainstream left and instead dealing with more nuanced internal issues.

The risk-averse cultural conservatism of the Mainstream Indie Industrial Complex has safely created a pattern akin to what is now called dump indie, with minimal leftist gimmicks, but still more trad than rad. Naturally, this is the consequence of survivalism that hijacks creativity, but also signals a deeper identity crisis in the wider independent culture. It is only now that the cultural guardians of enforced mediocrity, the status quo and this new tame philistinism, are yesterday’s rebels against the system. Anti-conformist to the outside world while super-conforming within, the insular nature of the subculture always risks becoming what it prescribes to rebel against, turning independent culture in a weird way for the soul to digest and resist the contemporary world from within. bubble. While politeness is not synonymous with hypocrisy, and rudeness is not considered authenticity, the excessive scrutiny of art, misunderstanding its purpose of internal liberation has limiting creative consequences.

INNIT may not reinvent the wheel in sonic terms, but each track is deeply felt and lived, fresh and fun despite life constantly getting sour for you, and endowed with an eerily soulful narrative voice, unboxing fun from the darkest corners. darker. With their space Dash The Henge opening up a new platform for marginalized creative voices, hopefully it brings a modest revolution – this time it’s sure you can dance.

“Evacuation bags” and bomb shelters: it’s back to Ukraine in wartime