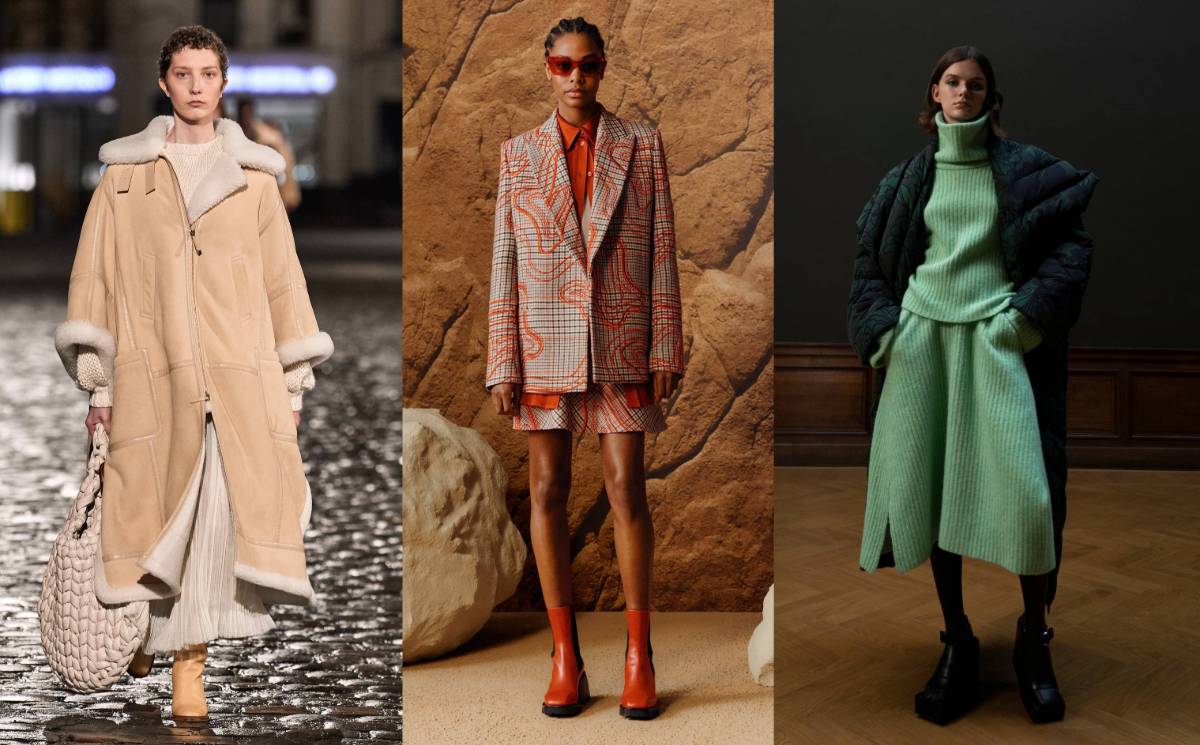 The four FW22 trends according to Dutch forecaster Christine Boland

Dutch trend analyst Christine Boland hosted a webinar at the end of June to give attendees a preview of what the Fall / Winter 2022 season will have to offer. The conference touched on the influences affecting the coming season – with pandemic uncertainty playing a key role – as well as the trends and colors that will dominate future wardrobes.

FashionUnited attended the conference and in this article shares a summary of some of the key takeaways.

The first of the four key trends is influenced by the growing awareness of consumers that the effect we are having on the world is immensely damaging. “We are asking too much of mother earth with our overconsumption, with our resource extraction, with pollution, deforestation and loss of biodiversity,” Boland said.

This tension gives the impression that it is approaching a tipping point. In response, this fashion trend tries to bridge the gap between humans and nature, drawing inspiration from indigenous designs and nomadic life where people live in symbiosis with nature.

This trend is about protection, utility and survivalism and features many natural patterns, utilitarian patterns, padded or soft and plush fabrics, indigenous symbolism, and reused materials and fabrics.

The color ambience is based on nature and the exterior combined with vintage, second-hand and “scrap” tones – off-white gray, as well as light blues and greens, are prominent.

The second trend concerns the way our digital and physical worlds gradually merge into each other, creating a reality where it is often difficult to distinguish where one ends and the other begins.

This is perhaps most clearly illustrated by the rapid growth of the digital fashion scene, where virtual fashion and even influencers seem so real that you almost forget they don’t really exist in the physical world.

It also affects physical fashion, which in this trend is inspired by surrealism and otherworldly dream spaces and features designs that seem almost impossible, such as huge but light or liquid shapes that often seem to melt.

The trend is also characterized by high tech and transparent materials, and the color palette is a mix of cool, futuristic and rendered “screen colors” but with a new twist: “We saw with Spring-Summer 22 that all of those screen colors are very important, ”Boland said. “But now we’re seeing screen colors that feel like vintage and retro – that’s the next level.”

The third trend is influenced by the continued blurring of genres in fashion and the redefinition of what is uniquely masculine or feminine as these stereotypes are challenged.

In particular, the trend is influenced by the empowerment of women. “We see very feminine and feminine fashion items, but there is this hidden strength and this dark romanticism,” Boland said. The trend sees a blur of reality and mysticism as the traditional damsel in distress from fairy tales is reinvented as fierce and powerful.

The fabrics are refined and ornamental but also a bit strange, with lace playing a key role. Boland also referred to the Victorian era – which is of “great significance” to the trend – a time when we witnessed one of the first women’s uprisings.

The color scheme is a bit dramatic with some mystical undertones. It includes feminine colors like light blue and blush, which are disturbed by bold reds and intense pinks, as well as teal blue.

In search of a sanctuary

The fourth trend taps into our desire to seek refuge in such an uncertain time when growing political and social polarization and the pandemic have made us yearn for healing and self-meditation.

“In the design, we see that we are looking for a balance between human intelligence, natural intelligence and artificial intelligence,” Boland said. “So the future rests on an equal weighting of these three types of intelligence. “

The result is soothing, moving and healing designs and patterns – which almost act like ‘visual yoga’. The mood of the trend is balanced, introverted and silent, and the fabrics have great tactility. The shapes are spectacular and oversized but with soft rounded corners, so no hard edges. Or “designs inspired by the covers”, as Boland puts it.

The color palette is soft and delicate, with pastels of the evening sky, oranges, pinks and soft blues.