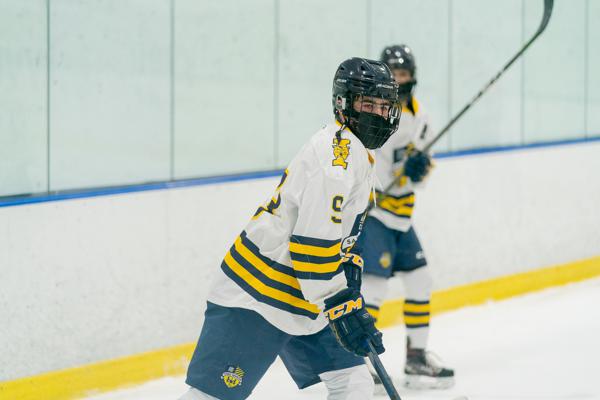 OHIO CITY, Oh – Wildcat Hockey is back! The Cats finished their preseason last weekend with a 4-0 record and are hungry for the start of the regular season. They started in Pittsburgh against the Meadville Bulldogs, beating them 3-2. They returned to their John M. Coyne Recreation Center to host the Ramblers of Erie Cathedral Prep and cut the game early with a 4-0 score early in the second period.

The following weekend, the Cats stayed home to fight the Olentangy Liberty Patriots, resulting in a 4-0 victory for Saint Ignace. The next day, they traveled to the east end of Cleveland to beat the University School Preppers by a final score of 4-1. â€œWe had a good forward failure which gave us a good chance,â€ said captain Owen Zawadzki. “The boys have to bury some more next time.” “

The Wildcats open the regular season against another very competitive St. Ignatius; the Wolfpack will travel to Brooklyn, OH from Chicago to enter the Cat Building. The two teams faced off at the start of last season a year ago, but the Wolfpack came out victorious each time, beating the Saint Ignatius Wildcats by the scores of 3-1 and 8-5.

The games and the teams displayed a lot of offense, skill and exceptional sportsmanship. The Wildcats have had a solid week of training in preparation for the St. Ignatius Wolfpack, sharing the same school name and similar speed to the Saint Ignatius Wildcats.

The face-off will take place at 7 p.m. Saturday at John M. Coyne for the first game of the season. Both teams will once again put on their skates for a contest at 9:40 a.m. at the OBM Arena on Sunday morning. Both matches will be broadcast on SIBN.