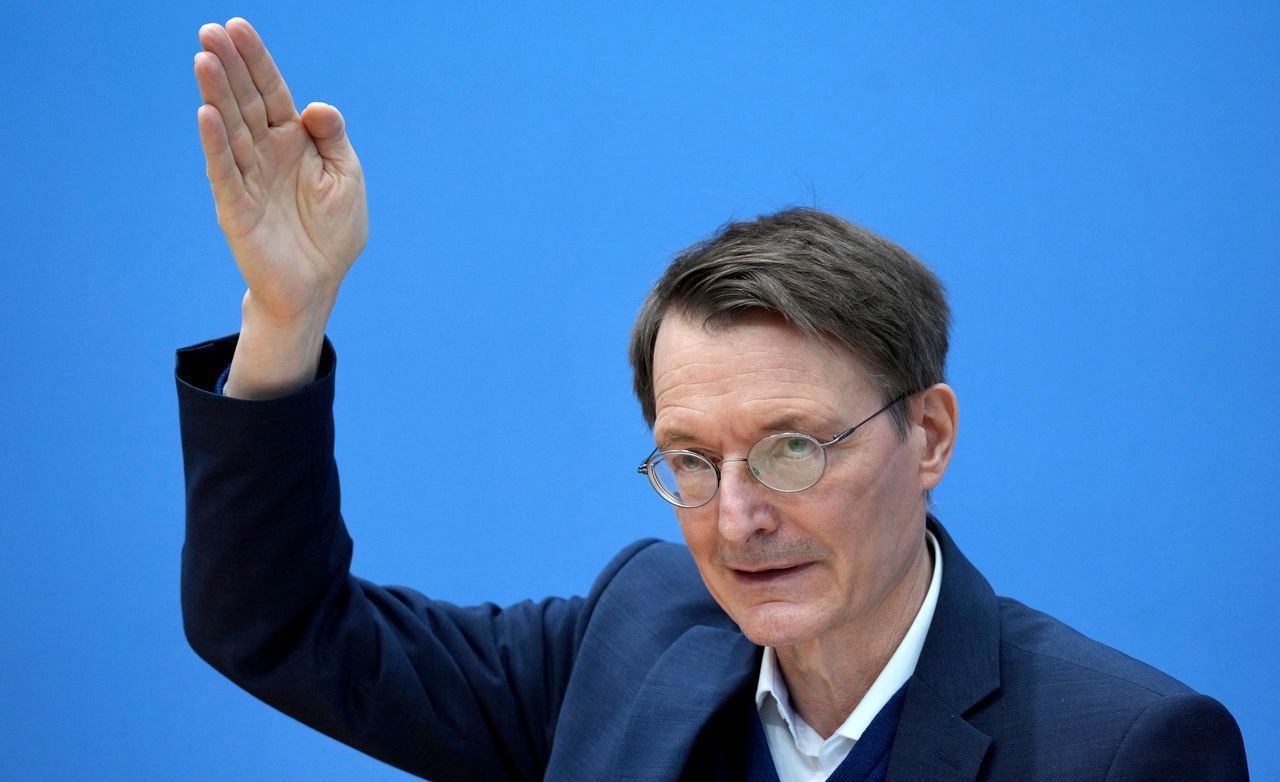 After a nationwide police raid on members of the far-right United Patriots Telegram network, four people were arrested on Wednesday. They are accused by the public prosecutor’s office in Koblenz of having prepared a “serious act of violence endangering the state”. As told on Mainz report broadcaster ARD, the charges related to planned bombings and the kidnapping of Federal Health Minister Karl Lauterbach (Social Democratic Party, SPD), whose bodyguards were to be “eliminated” in prior.

The group, which has been under investigation since October, allegedly planned to cause a nationwide blackout by sabotaging electrical substations and power lines, creating civil war conditions to “take power” in the ensuing chaos. Besides Lauterbach, other kidnappings of “known public figures” were also planned. Although the searches took place simultaneously at 21 residential properties in nine federal states, another suspect could not be arrested. A total of 12 men and women are under investigation.

The arrests followed an arms handover between undercover investigators and members of the group, believed to involve pistols, Kalashnikov machine guns and mines worth €12,000. The suspects would belong to the “Reichsbürger, anti-vaxxer and prepper scene” and would have planned arms purchases for “several tens of thousands of euros”. Lauterbach — along with prominent virologists and epidemiologists — has been an outspoken far-right bogeyman since the start of the COVID-19 pandemic.

According to the media, the security agencies – the state office of Rhineland-Palatinate and the federal office in Cologne – also played a role in the “discovery of the group”. Federal Interior Minister Nancy Faeser (SPD) spoke to the press about a “serious terrorist threat” emanating from the preparations for a violent uprising on “Day X”. The coup plans of “armed Reichsbürger members and radicalized coronavirus deniers,” Faeser said, had reached a “new quality.”

In fact, the case is just the latest in a series of raids that security authorities have used to take action against fascist groups in recent weeks. The events leave no doubt that far-right forces are now constantly working on plans for armed coups and other terrorist actions under the eyes of the authorities. However, the leaders of these groups often remain at large.

On the same day as the major operation against the Telegram network, the federal prosecutor’s office filed a complaint against an alleged member of the far-right “Atomwaffen division”, which has been linked to dozens of murders and maintains contacts with the famous Azov Battalion of the Ukrainian Armed Forces, among others. The defendant, Marvin E., allegedly planned attacks in Germany using explosive devices and firearms, but was arrested before carrying out these plans. Using components obtained online, he had manufactured several “unconventional explosive devices”, including 600 “small explosive devices”, according to the federal prosecutor’s office. The profile of the accused recalls that of the Yom Kippur murderer in Halle, who also possessed propaganda material from the group.

The charges against Marvin E. are the result of the neo-Nazi raid that took place a week earlier, when 800 State Criminal Office (LKA) and Federal Criminal Office (BKA) agents raided 61 homes in 11 federal states. , the arrest of four people accused of setting up a criminal organization. According to information from the weekly The Spiegelamong the 50 accused from the far right are a leading executive of the neo-Nazi scene from Eisenach, but also an active non-commissioned officer of the Bundeswehr (Armed Forces) who was under “observation” by the Military Counterintelligence Service (MAD ).

As reported by The Spiegel, however, “conflicts involving the MAD” had led to a situation in which the supporter of the “Atomwaffen Division”, who would have served for the last time in the tank unit of Munster, Lower Saxony, could not be neither suspended nor disarmed. The intelligence service of the Bundeswehr had wanted to inform the cadet of the terrorist investigations against him, supposedly to “dissuade” him. Since then, the relationship between law enforcement and MAD has been seen as ‘tense’, writes The Spiegel. As a result, apart from Marvin E., a 20-year-old apprentice carpenter, no one has been charged so far.

At the end of March, around 300 police officers had already raided several properties in Bavaria as part of a large-scale operation. In the process, 3,000 liters of diesel were found and 75 firearms seized, including many suspected illegal handguns and rifles. Although police believed the suspects had planned “attacks on overhead pylons of major power lines” to “disrupt power supply to large parts of the Federal Republic”, a spokesperson called the group ” preparers”, claiming that there was no indication. of a “radical network”.

The fact that law enforcement felt compelled to carry out three large-scale raids against far-right subversives in just two weeks is proof of the extent of the fascist danger in Germany. Given the increasingly aggressive herd immunity policy, allowing the virus to spread through the community, and the aggressive course of war against Russia, these forces feel the tide flowing in their direction.

Before the kidnapping plans against Lauterbach became known, unknown persons had, among other things, damaged his car and smashed a window in his office in the Bundestag (parliamentary) in Cologne. In Switzerland, the chairman of the vaccination commission was kidnapped in early April by a German citizen, who later died in a shootout with the police. In Austria, the Ecologist Minister of Health, Wolfgang Mückstein, had to resign following death threats in early March amid discussions on compulsory vaccination.

the Frankfurter Rundschau reported on Wednesday that German neo-Nazi parties had shipped “donations of frontline equipment” to Kyiv and that members had donated four-figure sums to the Azov regiment. The federal police officially assume that dozens of German right-wing extremists “intend to go to Ukraine”, after denying such a threat a month ago. The Atomwaffen division, an international far-right and neo-Nazi terrorist network, is also recruited from the same neo-Nazi circles.

The growing fascist danger is the result of the state apparatus systematically cultivating far-right tendencies and previous governments putting their policies into practice in no uncertain terms. This particularly concerns politicians who, like Lauterbach and the federal politicians of the Green Party, are now in the crosshairs of the fascists.

As SPD politician Lauterbach watches for the worst levels of COVID-19 infection since the start of the pandemic, Green Party politicians are agitating against Russia and demanding arms deliveries to Ukraine’s army infested with Nazis. The “traffic light” coalition of the SPD, Liberal Democrats (FDP) and Greens has removed all coronavirus protections and launched the largest German arms buildup since the fall of the Nazi dictatorship.

As for the state apparatus and the so-called “security agencies”, they are closely linked to the fascist forces they are supposed to fight. Both in the case of the neo-Nazi National Socialist Underground (NSU) complex and the so-called “Hannibal” network, it is now known that the central actors were undercover agents of the secret services or members of the police and the Bundeswehr. As in the days of the Weimar Republic in the 1920s and 1930s, these forces are deliberately promoted for use against growing opposition to price hikes, war, and the policy of deliberate mass infection.

At the same time, the same state apparatus represses anyone who opposes the capitalist agenda of social inequality, pandemic and war. This is most clearly demonstrated in the persecution of the Sozialistische Gleichheitspartei (Socialist Equality Party, SGP), with the Federal Ministry of the Interior declaring that the SGP stood for a “democratic, egalitarian and socialist society” and any “agitation against the alleged “imperialism” and “militarism” as unconstitutional.

Movies like Gerald’s Game That Will Delight Any Horror Fan