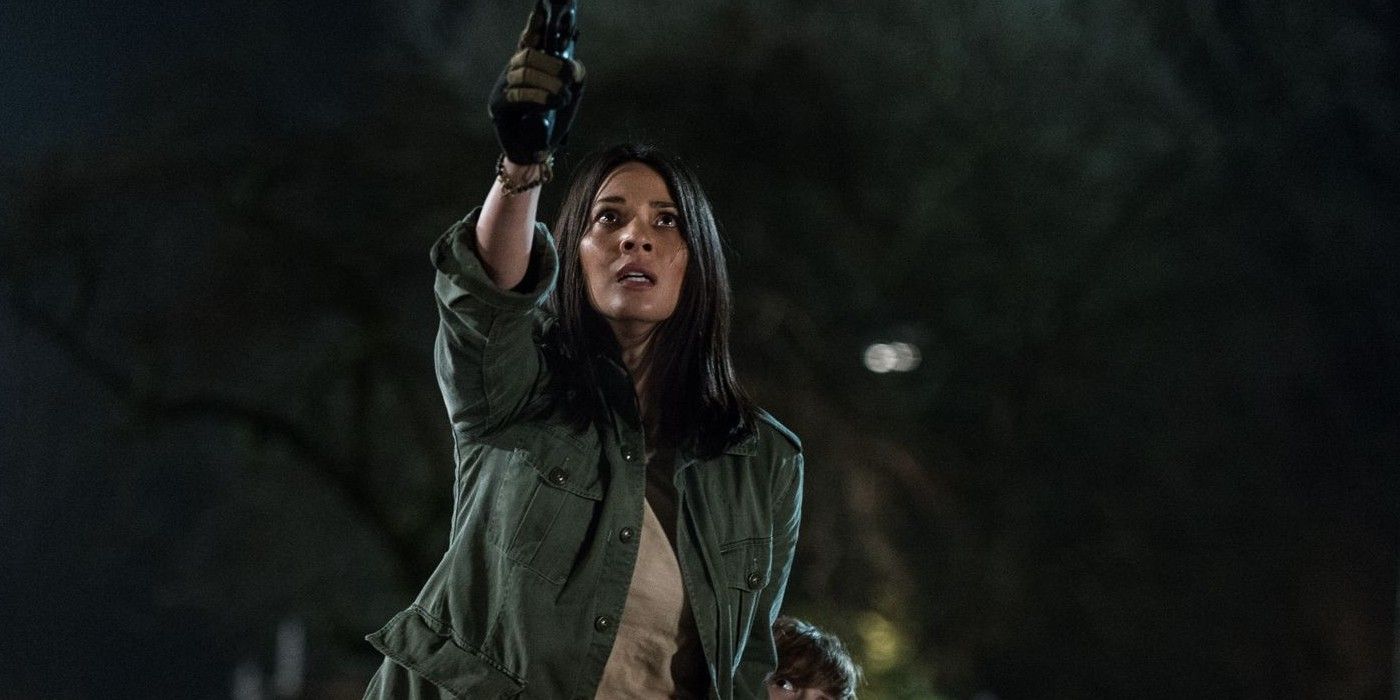 The forces against the undead are growing. In a new casting announcement, AMC revealed several more names set to join their series, Tales of the Living Dead. The range consists of Olivia Munn (The predator), Danny Ramirez (The Falcon and the Winter Soldier, No Exit), Chabanol loan (The carrier fills up, fading gigolo), Embeth Davidtz (Ray Donovan, Matilda), Jessie T. Usher (dangerous lies, Tree), and Gage Munroe (Person, The shack).

Using each episode to tell a different story, the anthology series will act as a spin-off of AMC’s fan-favorite hit, The Walking Dead. For a summer outing, Tales of the Living Dead promises to tie together new and old characters and storylines from the original series. With this new take on the zombie-based universe, fans will get a revamped look at their favorite characters with new good guys, bad guys, and adventures along the way.

RELATED: Robert Kirkman on ‘Invincible,’ Amazon’s Reaction to Blood and Violence, and the Future of ‘The Walking Dead’ Franchise

Responsible for the content of The Walking Dead universe, Scott M. Gimple will be the executive producer alongside the showrunner Channing Powellwho previously joined the zombie apocalypse world as a writer and producer on both The Walking Dead and Fear the living dead. With each storyline-changing episode, the series will also swap several directors over the course of the season. These administrators will include Haifaa al-Mansour (good lord bird), Deborah Kammeier (Star Trek: Picard), Tara Nicole Weyr (The Savages), and Michel Satrazemis (The Walking Dead, Fear the living dead), the former also acting as the series’ producer.

In a statement released to accompany the casting announcement, Gimple shared his excitement for the new performers commenting that they are each “massive talents” who he says will “bring new worlds of TWD to life with bold, different, emotional, shocking, scary and crazy big stories. Showrunner Powell added to Gimple’s sentiments, saying they’re “lucky in the best cast.” She also shared a message for fans, noting that the creative team aims to use “that lineup of actors” to make the spinoff series “small, unique movies.”

With this latest rollout of news centered on the Tales of the Living Dead, fans are about to see the first images and teasers surrounding the series. While no specific date has been set, as mentioned above, we can look to the summer for the series to debut on AMC and AMC+.

The dead won’t be finishing their march anytime soon.

Britta DeVore is a television and film news contributor for Collider. She has worked writing travel guides, runs her own Instagram travel page, @trektonowhere, and also works in craft beer. In her spare time, she enjoys hiking and playing drums with her bands, Kid Midnight and Watergate.