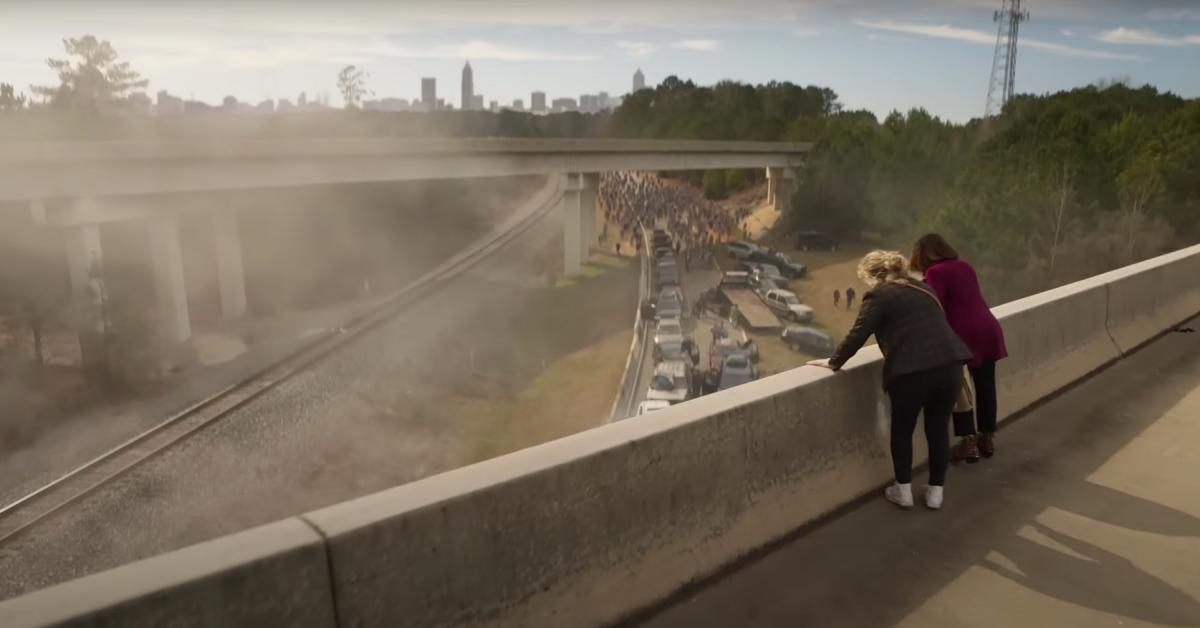 Tales of the Living Dead turn the clock back to 2010. The Walking Dead spinoff is an episodic anthology series that will tell six self-contained stories, each with its own tone and point of view. In the first trailer released during San Diego Comic-Con, fans may have noticed a throwback near Atlanta’s Jackson Street Bridge, which is deserted as Rick Grimes (Andrew Lincoln) rides into town at horse during the first season of The Walking Dead. A synopsis of the episode titled “Blair/Gina” reveals Tales will return to Atlanta, Georgia when the walker apocalypse begins in August 2010.

It’s the onslaught of the apocalypse in Atlanta, Georgia in 2010. As ordinary people try to make sense of the bizarre events unfolding around them, it’s anything but business as usual at the Circle of Trust Insurance Company. Blair (lost in space(Parker Posey) and Gina (Workaholic‘ Jillian Bell), two co-workers who despise each other, are constantly faced with life-threatening choices that leave them wondering who they want to be when the world ends. They soon realize that they must face their own truths if they hope to survive a day no one wants to relive.

The six-episode first season will run throughout the Walking Dead Timeline of the universe, with another episode set a decade after the apocalypse in a “dead sector” of no man’s land.

AMC described the anthology: “The stakes are high in each story, pushing indelible new characters with relentless and potentially deadly choices and situations as we come to see the apocalypse through different eyes, discovering more worlds. , Myths and Mysteries of The Walking Dead.”

The first in the series of Tales of the Living Dead is Sunday, August 14 on AMC; two episodes will be available to stream that night exclusively on AMC+.