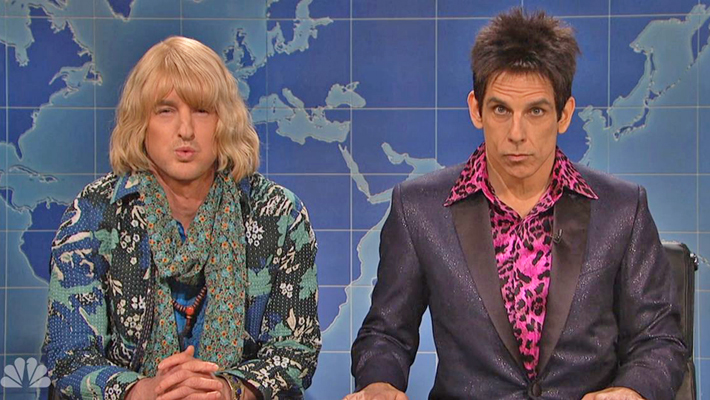 The Many Saints of Newark (Warner Bros. movie on HBO Max) – David Chase The Sopranos The prequel movie hits theaters and your living room this weekend. The cast of the mob movie (including Jon Bernthal, Corey Stoll, Billy Magnussen, Ray Liotta and Vera Farmiga) is almost too good. Notably James Gandolfini’s son, Michael, plays the role of Young Tony. He matures (and learns to be a gang leader) as rival gang warfare swirls around the family. Our own Mike Ryan enjoyed the film with a few qualifiers while also calling it both exhilarating and confusing, and Vince Mancini put together all 10 episodes of The Sopranos that will refresh you before the movie.

the guilty (Netflix movie) – Jake Gyllenhaal plays a 911 emergency dispatch operator who finds himself in a situation he thinks he’s prepared for, but he has no idea… or not? This movie is a remake of a Danish movie of the same name, and if you’re unfamiliar with this work (or maybe even if you are) you’re not ready for it.

Here is a regular schedule:

Scenes from a wedding (Sunday, HBO 9:00 p.m.) – Here’s the project Oscar Isaac and Jessica Chastain recently kicked off on the red carpet. This miniseries remakes the original 1970s Ingmar Bergman project directed by HBO regular Hagai Levi with a contemporary twist, including all the love, hate, desire, monogamy, marriage and the divorce you can expect.

The walking dead (Sunday, AMC 9:00 p.m.) – The flagship series of this zombie-apocalypse universe returns for a final rodeo with two spinoffs (Fear the living dead, The world beyond) always on the move, so it’s time to wrap up this puppy before the timelines of the different shows start to intersect. This week, Negan is teaching Maggie a survival skill, and Daryl has gone hunting.

BMF (Sunday, Starz 9:00 p.m.) – Executive producer 50 Cent launches this crime drama about two Detroit brothers, Demetrius and Terry Flenory, who become mainstays of the Black Mafia Family, which becomes the world’s largest drug and drug laundering ring. money in The history of the United States. This week, 50 Boys and their rivals are feeling the tension, as Lamar prepares to become a leader.

Billion (Sunday, Showtime 9:00 p.m.) – There’s no drama like the Hedge Fund King drama, and it remains to be seen whether Bobby Axelrod and Chuck Rhoades will ever decide to stop wasting so much time hating the Hedgehog. hell of each other. Probably not? Their rivalry is rekindled this week, distracting them from enemies on the horizon.

The Walking Dead: The World Beyond (Sunday, AMC 9:00 p.m.) – Season 2 begins with an episode called “Koneskans,” which translates to “Consequences” in Haitian Creole. Hope is on the future, and it could ruin a reunion as Iris and Felix meet new faces amid startling revelations.

American rust (Sunday, Showtime 10:00) – Jeff Daniels can swing between the comedic and the dramatic, and in his new Showtime series, American rust, he is definitely the latter and the last star to take on a complicated cop role after Kate Winslet’s turn Easttown mare. Notably, Bridges’ new role also takes place in Pennsylvania and unravels a murder, while the Grace and Billy trailer raises suspicion, as well as a confession to Lee.

Nuclear family (Sunday, HBO 10:00 a.m.) – This three-part documentary series sees filmmaker Russo-Young getting extremely personal to examine the true nature of family. The story begins in the late 1970s with Ry and Cade being raised by two lesbian mothers, but an unexpected lawsuit shakes the family world.

Here’s some more streaming goodness for the weekend.

HOUSEMAID (Netflix Limited Series) – Margaret Qualley (Once upon a time in hollywood) stars in this heartbreaking adaptation of Stephanie Land’s film New York Times best-selling briefs, Housekeeper: hard work, low wages and a mother’s will to survive. It will clearly be a tough watch, but Qualley’s raw portrayal (of a woman fleeing an abusive relationship to go through extremely difficult times to break the cycle for her daughter) gives a star on the rise.

Welcome to Blumhouse: Black As Night / Bingo Hell (Blumhouse Movies on Amazon Prime) – This feature double shines a spotlight on the vampires of the Big Easy, who have been the next big threat since Hurricane Katrina. Of course, they settle in a mansion in the French Quarter and must be defeated. Speaking of damn funny, a spirited, board game-loving senior citizen arrives to save the day and the lives of their friends, all the while realizing that there is a sinister presence lurking far more dangerous than mere gentrification. Of course, there is a lot of social conscience at work here.

The problem with Jon Stewart (Apple TV + Series) – Jon Stewart’s return to television is fast approaching, and it could be argued that it has never been more needed on television than this particular moment. The old one The daily show the host will make the news with an episode every two weeks, which isn’t as frequent as fans might prefer, but we’ll trust the process. According to Apple TV +, viewers can expect Stewart to delve into just one topic per episode with a “solution” approach, and yes, there are jokes.

Ted lasso: Season 2 (Apple TV + Series) – First things first: Everyone who has gotten a taste of this series co-created and developed by Bill Lawrence loves it. That’s a notable achievement, considering star Jason Sudeikis first portrayed the title character in 2013 for NBC Sports promos for Premier League cover. Fast forward to the new hell that was 2020, and the show surfaced as one of the only bright spots of the year. Ted lasso is sort of both relentless and charming, though there’s always the specter of Led Tasso to consider.

The haunted museum: Season 1 (Discovery + Series) – Eli Roth has so much to do at Discovery + this month (following his recent real-life horror / Shark-Week movie on the streamer) that you have to wonder … gasket? That’s a valid question, but more specifically, he’s teaming up with Ghost adventures welcome Zak Bagans for this scripted anthology series, in which they spotlight nine of the world’s most cursed artifacts. These relics are actually on display in the Bagans Museum in Vegas, but here you’ll get the historical commentary as well as scare you. (When you’re done with this series, get ready for next week Eli Roth Presents: A Ghost Ruined My Life, which will feature personal testimonies of those who survived feeling like they were dragged into hell and struggled to come back.)

Fate Patrol: Season 3 (HBO Max Series) – DC’s struggling misfit superheroes are back for another round. Brendan Fraser received plenty of praise for his fury-filled Cliff Steele / Robotman, but don’t count the rest of the crew. There’s Matt Bomer as Negative Man and Diane Guerrero as Crazy Jane, which is actually a role that requires Diane to play dozens of incarnations, including a very timely portrayal of a Karen. This season, shit hits fans with a time machine.

Midnight Mass (Netflix series) – Get ready, The Haunting of Hill House and The Haunting of Bly’s Mansion addicts, because creator Mike Flanagan is back to cause us more horror fits. This just happens to be his favorite project so far and revolves around an isolated community that lives on the spooky island of Crockett, which is getting even scarier due to the arrival of a charismatic priest. Naturally, a lot of supernatural shenanigans are brewing, but human nature (as we currently experience in real life these days) can often be scarier than ghosts than people can imagine. It’s dark, real dark.

The Way Down: God, Greed, and the Worship of Gwen Shamblin: (HBO Max Series) – This five-part documentary series follows the rise and fall of church founder Remnant Fellowship, whose workshop Weigh Down created a cult racquet that preached weight loss as a way to come together of God. This turned into accusations of abuse (of emotional, psychological and physical varieties), all before Shamblin died in a plane crash in May 2021.