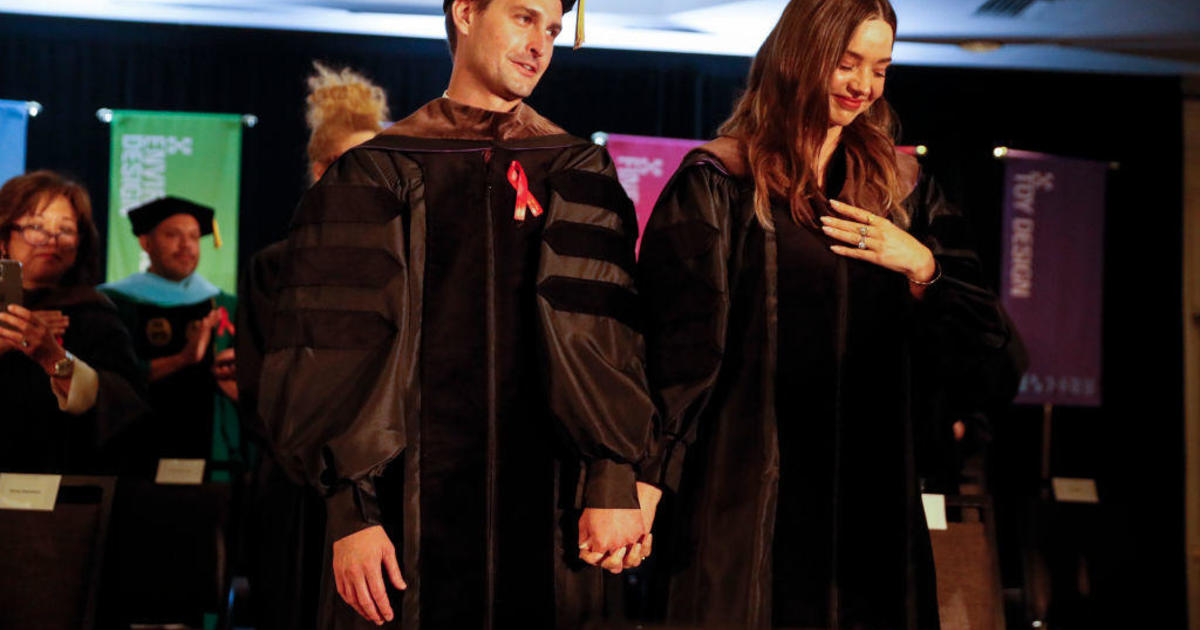 The class of 2022 at the Otis College of Art and Design in downtown LA received the ultimate graduation present – their student loans were paid off by Snapchat co-creator Evan Spiegel and his wife, supermodel Miranda Kerr.

Charles Hirschhorn, President of Downtown LA Art College, announced the gift as the largest single donation in Otis College history. The largest gift to the school to date was $10 million.

“Otis is incredibly grateful for this historic gift from Miranda Kerr and Evan Spiegel, which will be life-changing for the Class of 2022 and their families,” Hirschhorn said in a statement. “Student debt weighs heavily on our diverse and talented graduates.”

Spiegel, who developed the popular instant messaging app with two former Stanford University classmates, took summer classes at Otis’s during high school. He and his wife made their donation after Hirschhorn invited them to be inaugural speakers this year and told them he wanted to give them honorary degrees.

In a statement, the couple said it was a privilege to give back and support the Class of 2022.

“Otis College of Art and Design is an exceptional institution that encourages young creatives to find their artistic voice and thrive in a variety of industries and careers.

“We hope this gift will empower graduates to pursue their passions, contribute to the world, and inspire humanity for years to come.”