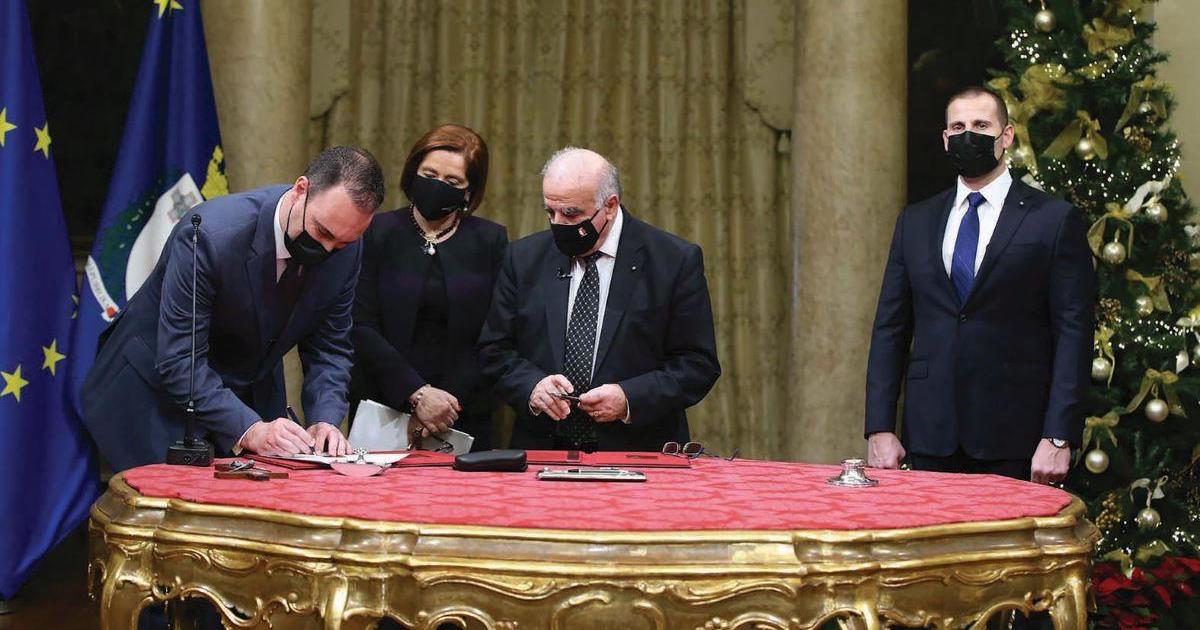 The only reason we are talking about education is that another future ex-minister has been entrusted with the management of the ministry. We’re months away from a general election, which means even though this Clifton Grima (who?) Election day.

As politicians who lost elections will tell you, the months of uncertainty before an election is called must be the worst time for any administrative or political innovation. Voters, it seems, only vote for the boring and unimaginative people.

Problem is, we wallowed for years in this tasteless political wasteland, which is exactly what the government wanted. Controversies in education bring out what is most irrational about us. Since children are involved, we debate every attempt to change anything about anything as if we were considering culling.

Parents rush to panic. Teachers – not all, mind you, but their union is known for its Byzantine intransigence – are too often reluctant to consider change, even though they often complain, and rightly so, that things stay the same.

Consider the reforms introduced during the years Ugo Mifsud Bonnici (1987-1994) and Louis Galea (1998-2008). The controversies raged at the time of the changes they introduced. The success of these changes is mixed, and I imagine if they had had the gift of foresight they would have done some things differently, although that doesn’t mean they would have faced less controversy. What I mean is that they used the time they had as ministers to correct the major weaknesses they saw in the system.

Mifsud Bonnici’s tenure is best known for reforming the tertiary sector, increasing the university population tenfold in a decade and setting up the alternative path through MCAST.

Galea has partly decentralized public education, allowing initiative and innovation with relative autonomy and attempting to disengage from the control-freakery of our tradition of public education.

Since there are still far too many stupid people among us, we often speak of a failure of PN’s quarter century of stewardship of education. If our education system really worked, we would say more of us would be smarter. In absolute terms, that’s a good point. For the sake of illustration though, let’s keep this relative.

Evarist Bartolo boldly went where no minister had gone before, mixing girls and boys in high schools. After this great accomplishment, he perched on a twig of precarious survivalism as the government to which he belonged sank into the corrupt quagmire of his own making.

Like a fused and superficially schizophrenic version of The Muppet Show’s Waldorf and Statler, he croaked Joseph Muscat, bemoaning corruption and mismanagement without much gesticulating for fear of being rewarded with a “promotion” like the one Marie Louise Coleiro Preca got .

Bartolo’s moral high horse suffered a heart attack when his right-hand man turned out to be facing criminal charges for soliciting and collecting bribes from contractors working for his ministry. Unlike Muscat’s right-hand man, Bartolo had no ambition to raise a multi-million dollar pot in Panama. A building in Rabat was enough. But to steal is to steal is to steal and Bartolo’s tenure in education became that ghostly, shriveled vestige of ecdysis that he left behind as the rest of him crept into new life. at the Ministry of Foreign Affairs.

Presumably, he will one day inflict his memories on us and, in fits of unsolicited sincerity, like that never-forgotten interview with Tim Sebastian where he implicitly confessed to knowing where Muscat buried the metaphorical bodies, he will tell us that he had great dreams for the education sector frustrated by crippling political circumstances.

That’s more than Owen Bonnici and Justyne Caruana could credibly claim. They, in turn, were knocked out in the education department as if it were some anachronistic dunce wedge having both floundered in their previous jobs.

Bonnici had just been tried by the court in violation of fundamental guarantees of freedom of expression, which, given the way he campaigned against the opposition to free us all from censoring nationalists, would have been comically ironic if it hadn’t been so catastrophic. In the education department, it looked and sounded as clunky and about as useful as the salmon on a cow ranch.

Robert Abela was grateful for the opportunity to retire him and replace him with Caruana, whom he had had to fire for pathological myopia a few months earlier when she admitted never asking her cop husband to pay for her expensive trips. abroad. As it turned out, her husband’s sugar mum was suspected journalist-killer Yorgen Fenech.

She was about as ambivalent and ignorant of upbringing as her predecessor had been. Caruana was more focused on getting past her former husband, becoming the sugar mum for her friend. As she does not own ill-gotten casinos and power plants, the cost of her vice has been covered by taxpayers.

If Grima just shows up to work to twiddle his thumbs, he would improve Labor’s record by simply avoiding corruption, human rights abuses and sordid scandals. Rather, he will be remembered for the time he lost his temper with Karol Aquilina because he couldn’t get out of Parliament besieged by protesters calling for Joseph Muscat’s resignation.

Considering that it is almost a cliché to say that Malta only resources its humans, we find it surprisingly easy to staff the most strategic department of our public administration with people who have little interest in anything else. more than their own political survival.

Independent journalism costs money. Times of Malta support for the price of a coffee.