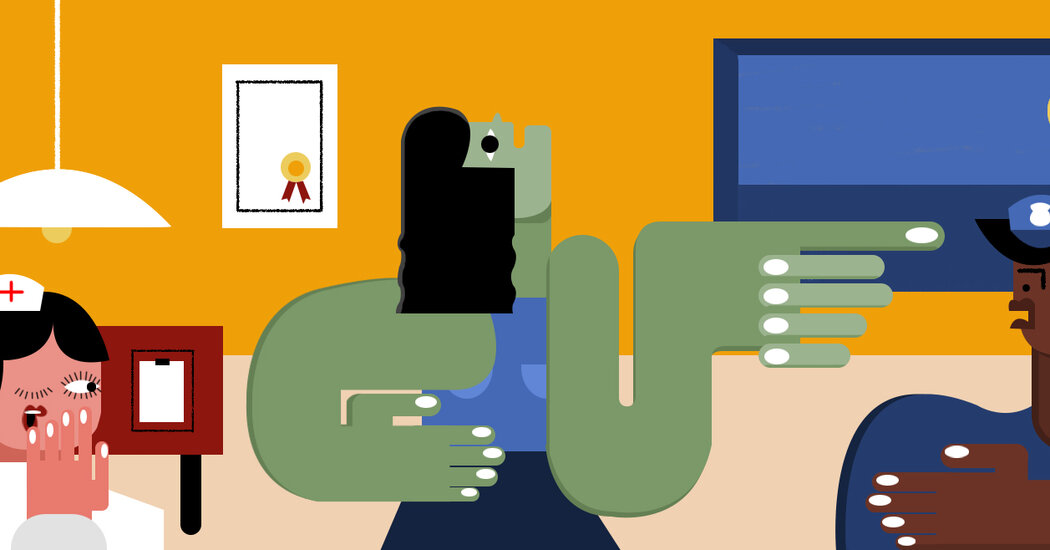 She wasn’t on PCP, but her own body made her hallucinate

On an ordinary day in August 2016, Lauren Kane was sucked into a zombie apocalypse. The recent college graduate and aspiring fiction writer had returned to her mother’s house; she spent her days polishing short stories and watching episodes of “The Walking Dead.” That morning she woke up, had breakfast, and went back to bed. “What’s for breakfast?” she asked as she reappeared. Lauren slept even more, waking up for the third time around noon. “What’s for breakfast?” she asked again. That evening, she had a fever and had become unsteady on her feet. Her mother took her to the emergency room, where Lauren calmly answered a doctor’s questions. In her first book, “A Molecule Away From Madness,” neurologist Sara Manning Peskin describes what happened next.

“Suddenly, as if occupied by a spirit, Lauren reached for the doctor’s chest and grabbed his shirt. She pushed him across the room, then dug her fingernails into a startled nurse’s arm. Her mother moved to calm her, but Lauren pushed her to the ground. Security officers rushed to the scene. Lauren turned around and pointed at one, yelling, “Can’t you see it, it’s a walker.” One guard asked her if she was stoned on PCP, while another reenacted the patient’s pop culture reference: “Oh my god. …She thinks she’s in “The Walking Dead.”

Lauren was not taking phenylcyclohexyl piperidine, the hallucinogen known as PCP, but her own body produced a molecule that produced a similar effect. A tumor growing on her right ovary had stimulated her immune system to produce millions of antibodies, which mistakenly attacked crucial receptors in her brain. Lauren was the victim of a molecule gone rogue.

Such errant molecular activity underlies many serious mental conditions, notes Peskin, assistant professor of clinical neurology at the University of Pennsylvania. “The very molecules that make our brains work can also co-opt our personalities and destroy our ability to think,” she writes. (After Kane’s tumor was surgically removed, she slowly came back to reality.)

The author divides these “molecular villains” into four categories. “Mutants” are altered DNA sequences; they can give rise to conditions such as Huntington’s disease and frontotemporal dementia. “Rebels” are aberrant proteins, like the one that caused Kane’s psychosis; they can lead to scourges like Creutzfeldt-Jakob disease, an inevitably fatal neurodegenerative disease, usually within a year of its onset. “Invaders” are foreign substances such as “environmental toxins, illegal drugs and pharmaceuticals”; they can produce pathologies like mercury toxicity. And the “escapees” are essential components, like vitamins, which wreak havoc when they disappear. A thiamine deficiency, for example, can lead to the development of Korsakoff syndrome, one of the symptoms of which is confabulation: sufferers make up fantastic stories believing them to be true.

Peskin writes about these conditions and the patients they consume with a grace and humanity reminiscent of Oliver Sacks. Its slim volume also manages to tell the stories of the doctors and researchers who tracked down these treacherous molecules in the field and in the lab; she has a flair for quickly sketching characters and an eye for vivid detail.

The only person left out of this compelling tale is the author herself. It’s not until a footnote in Lauren Kane’s story that we find out she was Peskin’s patient; the main body of the tale is told from a shrewd distance.

Kane’s doctor is a dazzling stylist and a compassionate observer. In her next book, she may show us more of what’s going on in her head.

Digital Photo Storage: 6 Ways to Keep Your Photos Safe in an Emergency