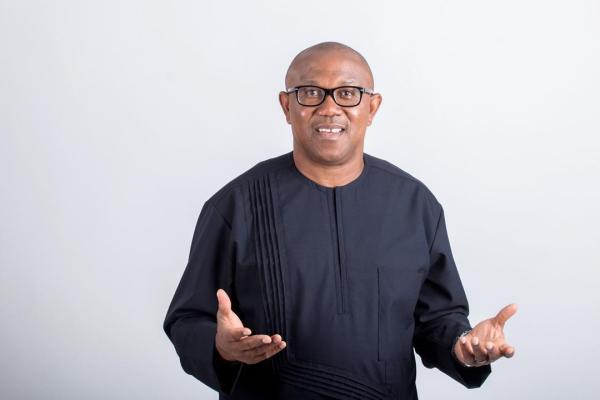 Close associates of populists and autocrats often scramble with a timid conscience when it comes to telling the truth about certain things that can rub on the conceited egos of their masters. Time after time, politicians and leaders still want to hear only those uplifting words that are sweet songs to their ears endlessly as their negatives and dark sides are best kept away perpetually. Despots like Kim Jong-un of North Korea and Vladimir Putin of Russia would still like to be revered and idolized, but when their inner circle associates tell them bitter truths contrary to their own perceptions, they are doomed to be demoted or fired from office. their high positions.

That Mr. Peter Obi has taken Nigeria’s political landscape by storm is no longer news. That he has many supporters who are in love with him and are willing to sacrifice everything for him to be the next president is indisputable. The mystique surrounding his candidacy is curiously baffling despite his campaigns on his populist “no shishi” ideology in a country where many would-be voters seek pecuniary gratifications. Obi has now personified and symbolized a beacon of light in our dark dungeon that has long escaped our political space. Since he dumped the People’s Democratic Party and became the flag bearer of the Labor Party, his trajectory as a populist has exploded astronomically and he roams our political terrain with great fervor like a colossus. Its imminent emergence on the world stage is ipso facto a matter of time.

However, behind Obi’s camaraderie, razzmatazz, and populism lurks a wandering specter of darkness that is only noticeable to a few who have closely followed his verbal pronouncements for years. I have to admit that all humans have these flints of imperfections, but while some realize them and strive for perfection, others are oblivious to them and will therefore continue to take their pictures in the dark.

Excerpts first said Mr Obi was due to be interviewed by CNN’s Christiane Maria Heideh Amanpour in August 2022, but that was not to be. Fortuitously, on September 16, 2022, I watched Obi in the interview aired on CNN’s ONE WORLD anchored by our delectable Zain Asher. It was an inimitable platform that Obi needed to announce himself to the world stage on a silver platter. But I dare say he failed to win over many – even his unctuous chauvinist brigade – through long conversational pauses, inarticulations, elementary malapropisms and solecisms that might have left many stylists at their wit’s end. breath during the interview.

Solecisms, common among many politicians around the world, may be due to mother tongue interference, over-generalization of ideas, and errors due to teaching effect, omission, redundancy and many more. During his presidency, GW Bush was notorious for his many speech errors. Donald Trump, approaching the electoral processes in his tweet at 7:57 p.m. on July 24, 2016 went like this: “It seems to me that the people of Bernie are going to fight. Otherwise, there (sic) blood, sweat and tears were a total waste (sic) of time. Kaine means opposite”. The infractions went viral and their consequent reverberations caused him to quickly delete the tweet afterwards, but importing the gaffes didn’t escape many people around the world.

Obi’s quirks and quirks, grammatically, are neither elegant nor appealing. It does not matter in a country of 220 million inhabitants tormented by many daily survivalist concerns! Today’s students don’t care either, resorting to their usual refrain, “who English don hep?” “. But in this myopic rationalization, there is an inherent danger in our new number one citizen who should not only whitewash our image on international territory, but should turn the tide by killing this atavistic insect that continues to suck the blood of all future foreign students. or workers by forcing a cancellation of the International English Language Testing Systems (IELTS) through his flawless and flawless use of English when engaging with international colleagues without incurring their opprobrium.

Many times I heard Obi say, “…my younger sister..” or “..he did…” among his many grammatical transgressions in the past. This particular CNN interview with Zain Asher went like this:

Zain: On failed leadership in the past….

The correct statement should have been: …if you have a leader who has….( The 3rd person singular must be followed by “a” and not “a”.

Zain: On Obi’s plans to move Nigeria from a consumer to a production economy

Obi: “…to support a critical (sic) area of ​​production…”

The correct statement should have been: …to support a critical area of ​​production…or to support critical areas of production. Plurals are not preceded by the article ‘a’.

Zain: On Obi’s Plan for the Economy

The correct statement should have been: the vast land of the North is invested in

Zain: On insecurity in the North: Kidnapping, banditry, BH

Obi: “…no one wants to go somewhere unsafe”

The correct statement should have been: … no one wants to go to a dangerous place (the adjective of safe is safe)

Zain: To be supported by the North for victory

Obi: “….the people of the North don’t have a safe place (sic)….just like the people (sic) of the South”.

The correct statement should have been: …the people of the North have no safe place…..as well as the people of the South. “Are” is the plural form of “is” that Obi erroneously deployed in conversation.

Mr. Peter Obi has a rich coterie of intellectuals and award-winning writers who should tell him the plain truth with a view to correcting all these elementary gaffes in order to be more confident and effortlessly articulate his arguments if he wins the victory and become our next president, come in 2023. Speeches and writings do not have to be complex, but they must pass the integrity tests of basic lexicon and structure.

– Dr. Afelumo is a medical practitioner.

QAnon thinks something big is coming…because of a ‘Simpsons’ episode