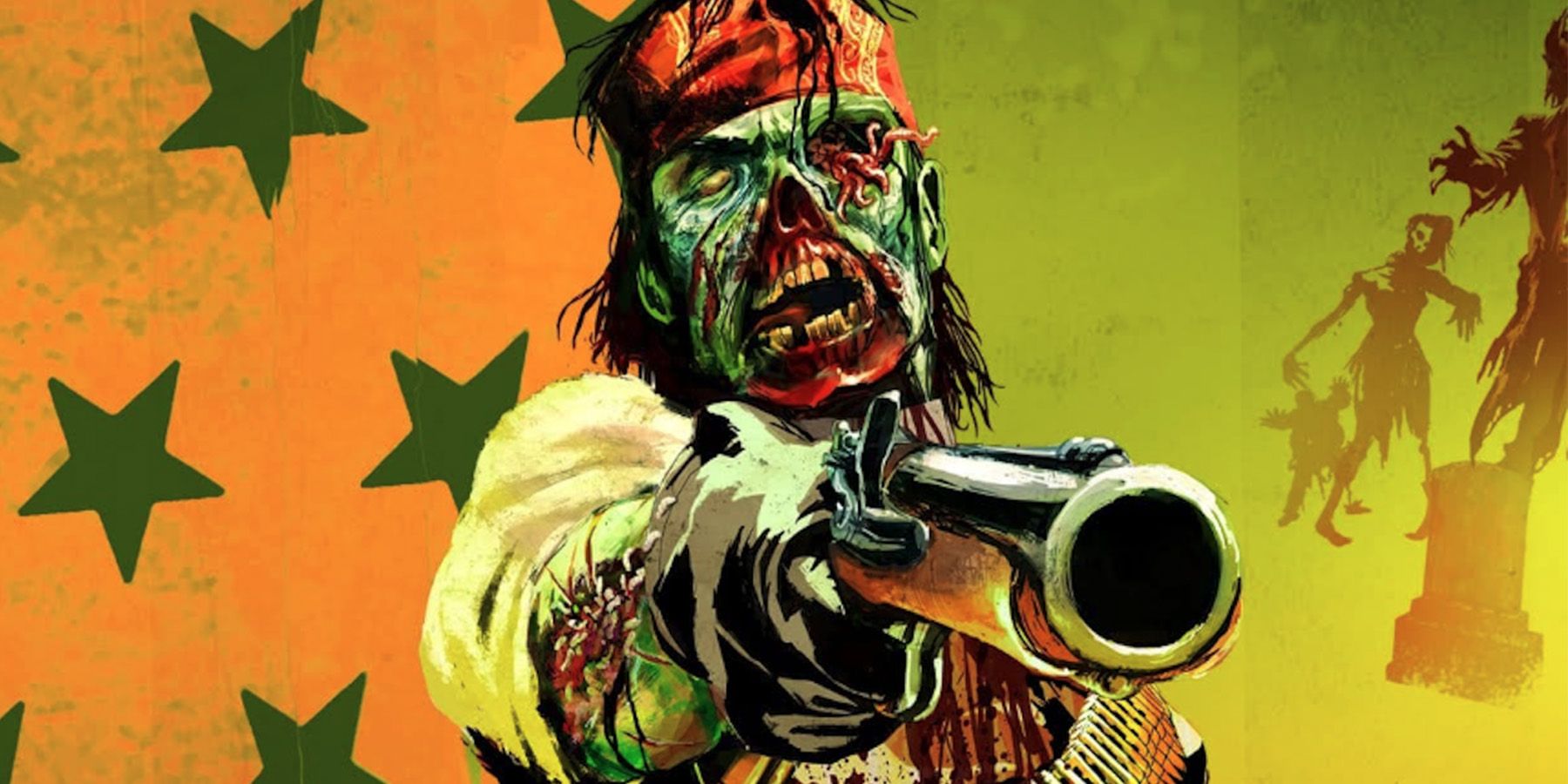 GAMER VIDEO OF THE DAY

DLC is the name of the game in today’s gaming industry. Grand Theft Auto 5 DLC came in the form of GTA online updates, but Red Dead Redemption 2 rarely gets updates for its own online mode. Rockstar has seemingly moved on to their next title even though Red Dead Redemption 2 is packed with DLC potential. The game needs some type of additional content for fans to play, it’s not just an update for red dead online. Rockstar should design a large-scale project Undead Nightmare DLC just like the zombie DLC its predecessor got.

What made Undead Nightmare special

In 2010, Rockstar released full-scale DLC for Red Dead Redemption title Undead Nightmare. The DLC included an all-new single-player campaign following John Marston. Instead of connecting to the main story and providing another old west adventure, Undead Nightmare brought the game to the zombie apocalypse. It sounds like a weird concept, but it turned out to be a lot of fun. It took the world of Red Dead Redemption and added new mechanics alongside zombies for an entirely new experience that fans of the title fondly remember.

The campaign followed John Marston as he journeyed through the Old West in search of a cure for this zombie virus. Abigail and Jack are both infected with the virus, causing John to search for a way to save their lives. The campaign lasted about six hours and featured a ton of new content to browse. The world was similar to the main game, except it had been darkened and filled to the brim with undead creatures. It made the game scarier and kept players on their toes as a zombie could attack at any time.

The game of Undead Nightmare remembered a lot Red Dead Redemption because it was a non-canon expansion. However, the DLC introduced a new feature where the player would have to liberate the cities from the undead. The various towns across the border had been overrun by zombies and the player had to eliminate them so that the living could live their lives again. Once a city was liberated, the player could obtain side quests, challenges, and requests from strangers. They could also trade ammunition with the townspeople as it became the country’s currency.

The zombies in Undead Nightmare were very similar to how they worked in other video games. They ranged from classic slow zombies to large juggernauts. The expansion added a host of different new weapons that the player can use to take down these undead creatures. John could use things like holy water and undead bait to fend off the hordes. Players could also tame undead horses and hunt down other creatures like the Sasquatch and a unicorn, which made for lots of fun supernatural experiences.

Undead Nightmare 2 could be just as special

Undead Nightmare let the player run wild west gun rush. This added a new level of difficulty to the game and hours of fun for those who had completed the main story. Four years have passed since Red Dead Redemption 2 hit store shelves, and a full-scale DLC is long overdue. Many players are eager to return to the old west and red dead online doesn’t do enough to push them back. A full-fledged Undead Nightmare 2, on the other hand, maybe.

If Rockstar threw zombies into the world it built for Red Dead Redemption 2, it would be an easy victory. Players should have a chance to regain control of Arthur Morgan and slay hordes of zombies in the Wild West. The map is bigger in the sequel and that just means even more towns to liberate. With a fun story attached, this could be a recipe for success. It wouldn’t just go backwards Red Dead Redemption 2 fans, but it might also appeal to zombie fans and those who are nostalgic for Undead Nightmare to start the game. It would give them more hours of fun with Arthur Morgan and breathe new life into the game as it gets further from release.

A Undead Nightmare 2 could take everything Rockstar has learned over the years and deliver a fantastic zombie game. The story could involve the Dutch Van Der Linde gang in their heyday as they all attempt to fend off the horde. Players would be forced to constantly move their camp as the horde could catch up with them and chase them across the land. Cross the swamps around Red Dead Redemption 2‘s Lagras while dodging zombies would be thrilling, fighting zombies in the plantations around Rhodes would be exhilarating, and walking through the bizarre Armadillo waiting for a zombie to jump would be thrilling.

Red Dead Redemption 2 just waiting for Rockstar to create DLC around it. Undead Nightmare was something special for the Red Dead Redemption series, and it must be repeated. Throwing zombies into the wild west seems like an odd choice, but it turned out to be a lot of fun in 2010. If Rockstar were to do it again, it would probably be just as fun and exactly what the game needs right now. .

Red Dead Redemption 2 is available now on PC, PS4 and Xbox One.