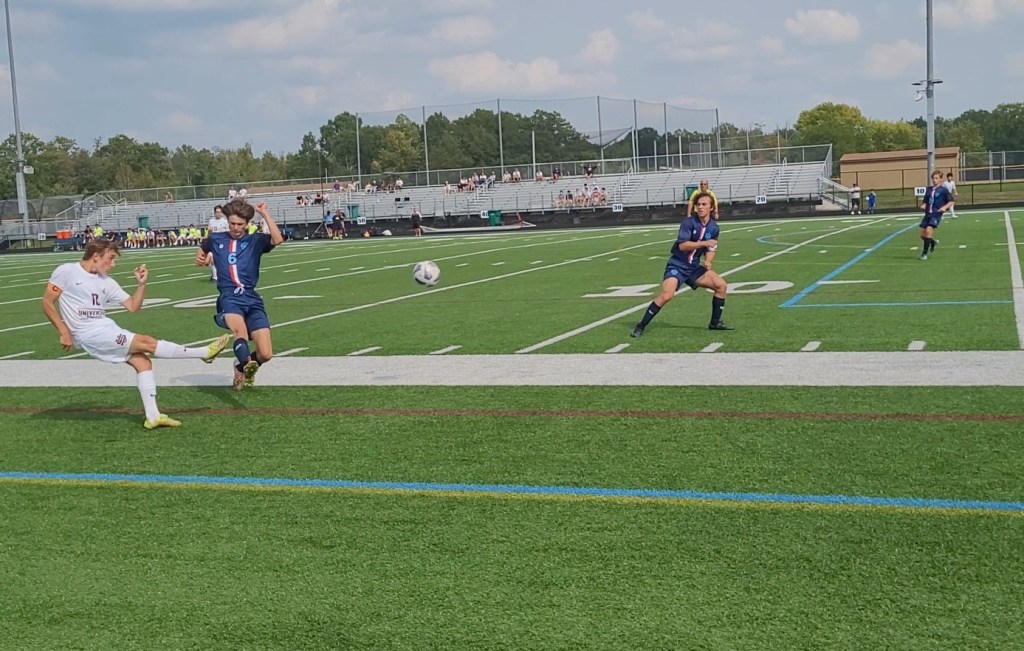 Motivation can take many forms at this time of year.

On Sept. 17, when University traveled to Kenston, word was common and came from the postgame huddle.

Yes, that’s right: News had reached Hunting Valley that the United States had ceded the No. 1 spot in the News-Herald’s Men’s Soccer Top of the Crop to host Bombers last week.

They wanted it back – and with a towering 80, it’s theirs again.

Anderson Gardner and Aiden Ptacek scored in the first 40, Luca DiCenso contributed a second-half strike and USA were dominant in the attacking streak en route to a 3-0 win over a very capable side from Kenston.

#NHsoccer USA second back Aaron Moss discusses 3-0 win at Kenston
The youngster had a handsome 80 himself – I always admire John’s confidence in his outside backs to basically play as wingers and contribute in attack, and Aaron was fabulous in that role today 👍 pic.twitter.com/P0uDhGnxc5

It was more a matter of general form with the Preppers (7-3-1) knocking them out of No. 1 in the first place, with losses to North Canton Hoover, St. Ignatius and Upper Arlington – the Hoover result with a nightmarish second half. But after beating the Bombers, USA is now 5-0-1 against other teams in the News-Herald coverage area this fall, all in or threatening for the Crop, and has outplayed those foes , 19-5.

If “Crop” was part of the mission, consider it done in spades.

“Yeah, it was finally time for us to put in a solid performance,” Preppers coach John Ptacek said. “I think the boys played very well.”

It started in the 18th minute, when Aaron Moss, who had a commendable game on the left in a winger then midfield role, served for Gardner. The junior striker netted a near post header for his 15th goal of 2022.

Ptacek delivered his usual all-round quality as he helped guide the team in attack, and he had a goal to show in the 36th, a classy 90 effort for his 12th goal of the fall.

DiCenso, who has also impressed in an outside midfield role throughout, added the third in the 55th, taking care of a right-footed effort from the top of the box for his first goal of the season.

The United States took advantage of an 11-1 shot on target advantage against the Bombers (5-2-1) and their powerful offense led by outstanding seniors Carter Flynn and Parker Munday.

“I was just happy – it was about time we put it up for 80 minutes,” DiCenso said. “The team worked hard today. I think we definitely got what we deserved. I was proud of us. Everyone did their part and it was a good solid game.

“One, we wanted this game. It was Top of the Crop. We wanted to come for this. We want that No. 1 spot. We had a good week in training. The boys were ready. We came out shooting. We set the tone. We set the bar, and they had to match it. When we are able to define the intensity that the other team needs to match, I think we are a pretty good team.