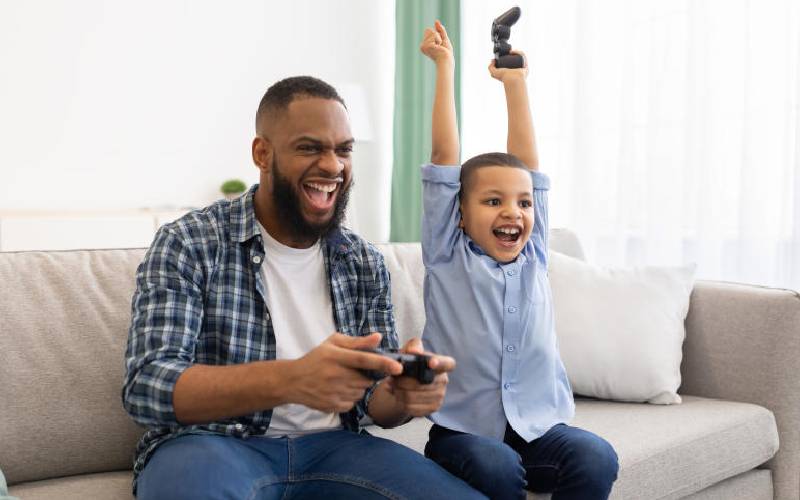 Play outside for Father’s Day

Fathers are serious. They do not participate in any matches. Your old man would probably wow you if you played all day. But today gives you leeway to boo your dad, but not literally. Or have fun enjoying a monster mauling your paps, pun intended. I know this idea sounds great, but let’s make today a day of bonding and appreciating fatherhood with games loaded with fatherhood themes.

Parenting is a full-time job, but we all agree that most of us are just getting by. Not knowing exactly what to do in certain situations, but fathers always have a brave face and seem to have everything under control.

GOD OF THE WAR

This is an action-adventure game whose powerful story is sure to impact many due to its amazingly relatable story about a father and son.

The premise of the game is based on parenthood, being a matter of doubt and fear, as it is not known if what they are doing is good enough or will be wrong.

In the game, Kratos returns to his old role as a father in the world of Norse gods and monsters.

He must fight for his survival while teaching his son how to do it.

As his son’s mentor and protector, he somewhat succeeds where the gods have failed by encouraging his son Atreus to focus on his humanity.

THE LAST OF US

The game introduces us to the world of Ellie and Joel, showing how their father-daughter bond has grown and broken through the post-apocalyptic years.

Joel is a weary survivor who does various jobs to get food, clothes, and a place to sleep. His companion, a young girl named Ellie.

At first, Joel swears to transport her through a post-apocalyptic of what remains of the United States. His fatherly instincts kick in and he has to do what he has to do to make sure Ellie is safe and kicking.

The two eventually become inseparable, though forced together by circumstances in a world where trust and faith are extremely rare.

The two eventually develop some sort of dysfunctional father-daughter relationship.

Even though this game is not about a real father, it is based on a family understanding that exists even though there is no biological connection.

The episodic adventure game is set in Georgia shortly after a zombie apocalypse and follows Lee, a convicted felon who cares for a young girl named Clementine.

He assumes the role of her protector to help her find her parents.

Throughout the game, Lee and Clementine’s relationship is strengthened by his growing sense of care.

The game is full of great dad moments, like Lee teaching Clementine how to shoot a gun or how to tie her hair up in case zombies want to catch her.

This is the story of a father caught between two worlds. He is a caring husband, a loving father and an octopus.

Even though he poses as a suburban dad, he finds simple tasks like making coffee and mowing the grass unusually difficult due to his lack of opposable thumbs and, indeed, bones.

Octodad fights fiercely and hides his struggles because he adores his family.

It’s a game of doing your best and hoping no one notices how hard you try to keep up with the bare minimum of personality while fighting.

WHO IS YOUR DAD

This is another casual multiplayer game featuring a distraught father trying to save his infant son from certain death.

This game tests parenting skills in a competitive setup, but the great thing about the game is that you can choose to play as a father or a toddler.

As a dad, you must prevent your baby from hurting himself by methods such as locking cabinets and placing dangerous objects out of harm’s way, as the baby tries to overcome his father’s attempts to protect him in various ways, including by drinking bleach and sticking forks. in electrical outlets.