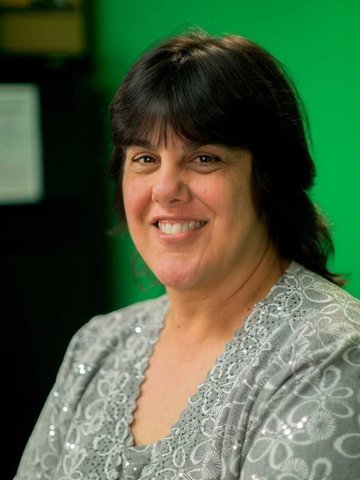 Patty Leon: Be Prepared For Anything

Mother Nature is drunk. One minute the weather is 80 degrees, and the next minute the winds are howling and the temperature is 40 with a wind chill of 35 – all in the same day, mind you.

These days you have to leave the house dressed in layers and adjust accordingly. While you’re there, pack your umbrella or raincoat (or both) and your snow gear, as she seems unsure whether to hit you with a thunderstorm or snow. The weather is sometimes unpredictable and Mother Nature is a force.

I’m still in shock at the destruction of some areas of Bryan County that were hit by what some weather forecasters believe was an EF4 tornado on April 5th.

I looked (thanks, Google): An EF4 tornado is the second strongest tornado on the Enhanced Fujita Scale, with wind speeds between 166 and 200 mph. Damage from an EF4 tornado is described as devastating.

It’s amazing that more people weren’t killed, and I’m grateful for that. According to several climate change scientists, things will only get worse before they get better. Whether you think the extreme weather we’ve been experiencing lately is caused by climate change due to our damage to the planet, or you think we’re just in a period of climate adjustment that will soon end, we are clearly in a bad weather configuration. . Hotter summers, melting glaciers, longer tornado seasons, bigger hurricanes and cyclones – it happens.

I’ve written about tornadoes before, mentioning that some scientists are noticing a pattern that shifts what they call “tornado alley” further south and east to include Tennessee, Mississippi, Alabama and Georgia. As if to prove her point, the storm Mother Nature pushed our way on April 5 brought 30 tornadoes across Alabama, Georgia, Mississippi and South Carolina. And we tend to forget how powerful tornado winds, rainfall, hail, whiteouts and other extreme weather events are. I think it may be in the best interests of these new tornado areas to consider updating their building codes. When hurricanes continued to crush entire communities almost every year in Florida, the state began to change building standards.

Homes built after Hurricane Andrew (1992) in the state had to be constructed from cylinder blocks with reinforced rebar every two feet, windows had to meet certain hurricane standards, and licensing contractors were constantly checked to ensure they were up to code. . That didn’t mean newer homes would always beat a hurricane, but they had a better chance — and many have in recent years.

Drive around the county; what you will see is a lot of new houses being built. The exterior may be brick or vinyl, but these are wood frame homes. Wooden frames don’t stand a chance against much of what Mother Nature will throw away. Watch the video of the destruction: piles of WOOD, frames, roof shingles or no trace of a house except for the CONCRETE foundation.

Once the wind blows on the wooden frame between the roof and the walls, it’s over!

We should also listen to what the weather experts are saying and not poop because you don’t believe in the climate crisis. It doesn’t matter if you think we’re not in crisis; If the weather forecaster at your local news station tells you to take shelter because a tornado is heading your way, COVER!

Staying alive is far more important than staying by your window (which is the last place to be when a tornado is heading your way) and trying to go viral on Tik-Tok!

When I worked for the American Red Cross, we always talked about staying prepared, especially for hurricane season. But these days, it’s best to always keep a disaster kit ready, 24/7/365, for storms, wildfires, flash floods, a nuclear bomb from Russia, and just about anything. ‘other. I’m not saying prepare yourself for DOOMSDAY, but maybe just a little so you’re ready for whatever the world throws at you.

These days, you never know.

Patty Leon is the managing editor of the Courier who not only has a disaster kit but also a paranormal kit as the Devil keeps trying to get us all. Oh Lordy!

The Walking Dead: A Complete List of Every Movie, Spinoff, and Every Detail We Know