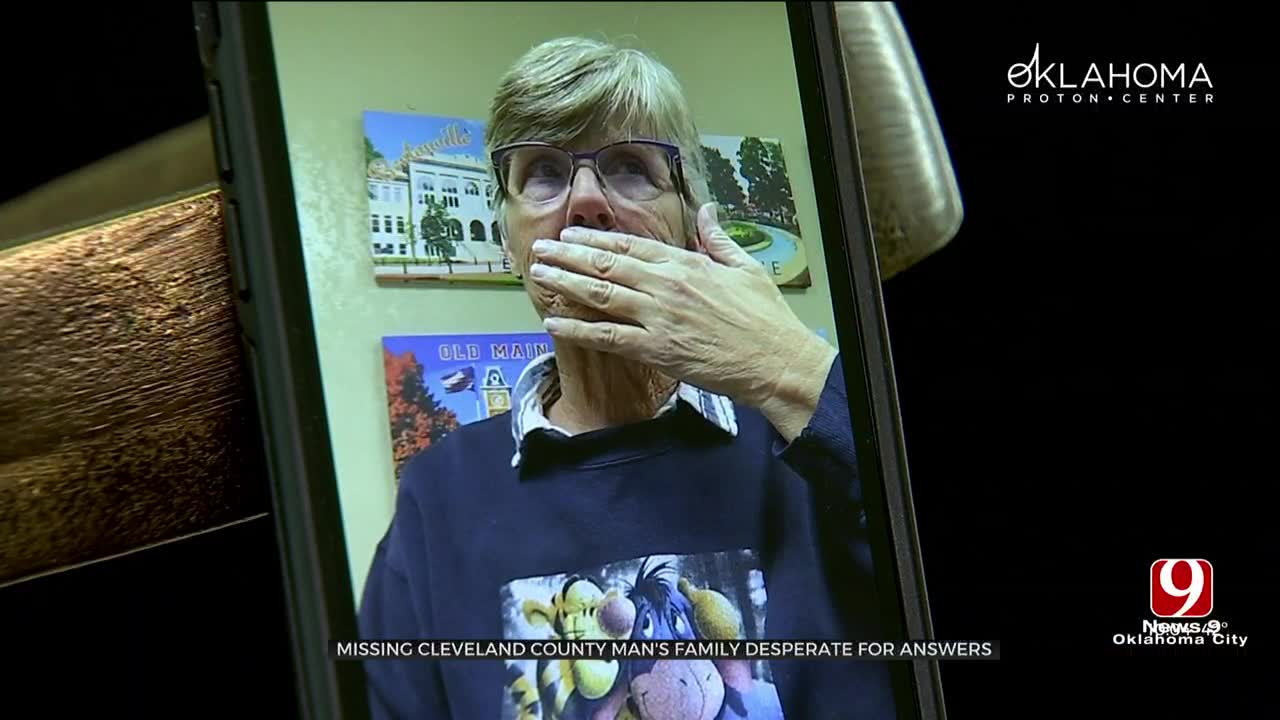 Eleven weeks after an Oklahoma City subway man disappeared from his Forest Park home, his mother continues the desperate search for her son.

Jeremy Reagan’s truck was found abandoned at the Lexington Wildlife Preserve in August.

Last week an OBSI spokesperson told News 9 there were no new developments in the case, frustrating news for Jeremy’s family.

“They’ve had the case for ten weeks now, and I don’t feel like we’re any closer to finding my son than day one,” said Robin Halzle, Jeremy Reagan’s mother.

Since late August, Jeremy’s family has spent almost every weekend driving from out of state to the Lexington Wildlife Preserve, where his pickup truck was picked up in Cleveland County, a place where the survivalist was known to spend countless hours.

“It literally consumes me every moment. I’ve had a tough few days. I’ve done nothing but cry for days,” Halzle said.

Initial search efforts have diminished, now limited to those close to Jeremy.

“Everyone may have forgotten that he’s still missing, but not me. We haven’t. Everyone is moving on with their lives, and I can’t,” she said.

“Now it’s winter and it’s cold, but I’ll keep going until they don’t let me in,” she said.

With no sign of Jeremy recovered from these woods, his mother wonders if he’s still there.

“If my son walked away from his life, I still want to find him as long as I know he’s okay,” Halzle said.

“If my son died in these woods, I just want him to come home.”

If you have information about this case, contact OBSI.