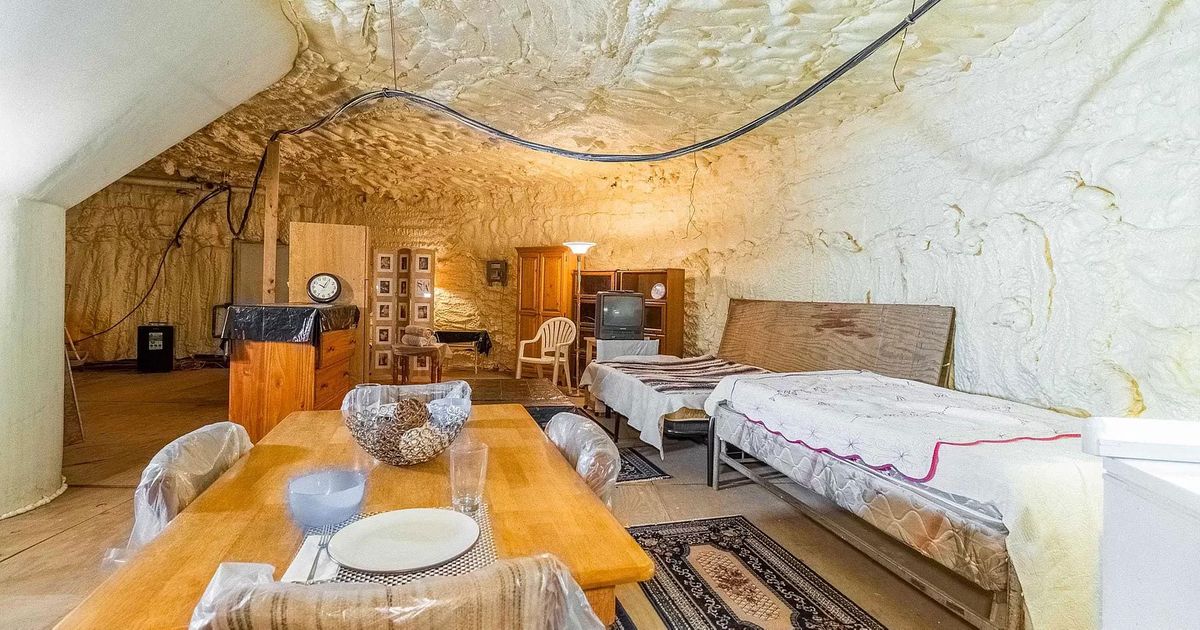 If you’re tired of living above ground and having windows, well, you don’t have to anymore. A converted Atlas-F missile silo in York, Nebraska, which once housed a thermonuclear warhead, is on the market for $550,000. (“A BLAST from the past and built to last!” According to the listing.) The current owner used what can only be described as a slight touch to convert the Cold War-era silo into a residence. It is listed as one bed, one bath, but is more like a loft: a simple, circular room 174 feet underground containing a toilet, bathtub, twin bed, refrigerator, and microwave. waves. No laundry – you will have to send (up) for this.

Despite what you might think, ownership is not unique, as silo living has become a thing in the US It’s hard to tell if interest has increased as we hit the gas en route to democratic collapse and climate catastrophe (ha ha!), but the market seems stable: every year or so you see a new story about someone who lives in one. In April, a missile silo in Abilene, Kansas, a few hours drive from Kansas City, sold for $380,000. (Its owners had moved to a different converted missile silo.) There are minimalist bachelor silos and deluxe silos. A couple transformed a silo into another type of fortress: a castle. “Warm decor and dim lighting could almost make you forget you’re underground,” Insider notes. (Almost.)

And for the paranoid looking for a more turnkey experience: Developer and prepper Larry Hall has converted a silo north of Wichita, Kansas into a 15-story luxury “Survival Condo” resort. It includes 12 private units that range in price from $1.5 million to $4.5 million each. All units have already been sold and he is currently working on a second silo development. “The same quality condo in New York would have cost me the same, if not more per square foot,” wrote one Survival Condo customer, “and you get peace of mind with that.”

Why You Should Always Have Canned Tuna In Your Pantry