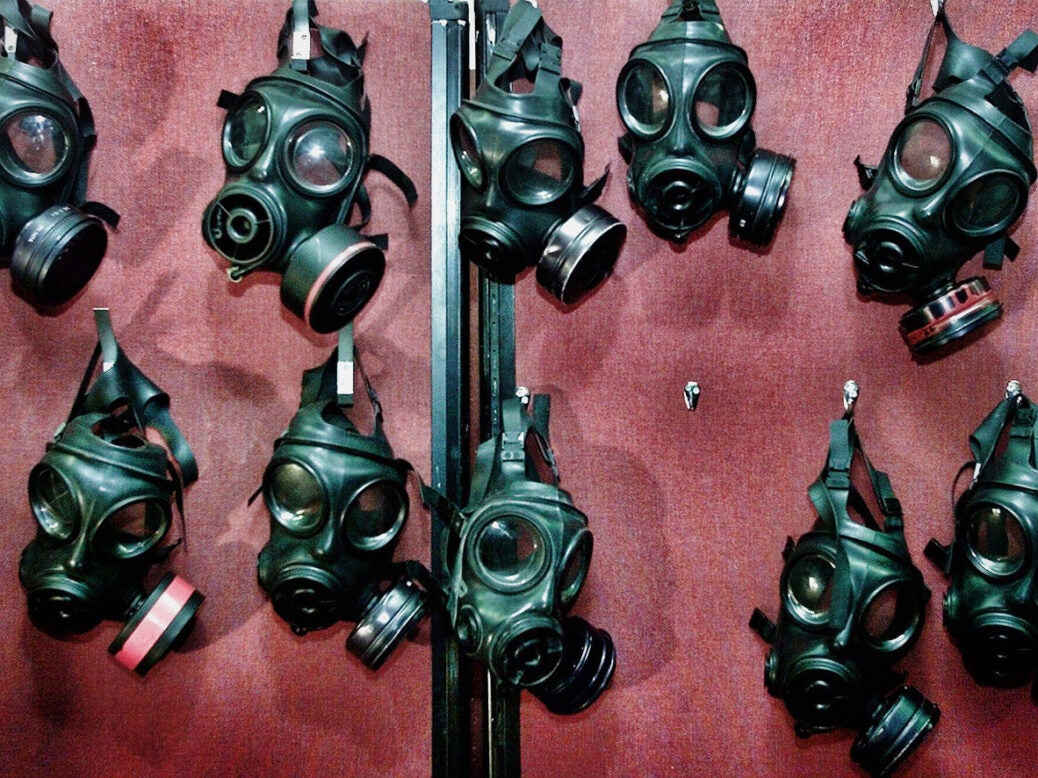 Laugh at survivalists all you want, but maybe they’re right

When built in 1952, the secret nuclear bunker at Kelvedon Hatch in Essex was intended as a base for the British government in the event of a nuclear attack. Designed to house up to 600 military and civilians, the bunker was tucked away under a drab bungalow on farmland originally owned by the Parrish family. In 1992, when the fear of nuclear war subsided somewhat, the bunker was decommissioned and sold back to the family. Mike Parrish now runs it as a tourist attraction.

From time to time, Parrish receives requests from people who wish to rent the bunker for its original purpose. This month, following the invasion of Ukraine, there has been an increase in these, Parrish told the Telegraph. Indeed, “the same thing happened after 9/11”. People sometimes offer large sums to lease the facility for several years, but so far Parrish has declined all offers – although he is willing to consider one generous enough, “if someone like the Beckhams telephoned” for example.

It is tempting to poke fun at the potential tenants of the secret nuclear bunker at Kelvedon Hatch, and make fake reviews posted on Google (“Please refer to the new opening hours at the start of WWIII: Monday – closed, Tuesday – closed, Wednesday – closed…”, etc.). But the installation acts as a physical reminder of the seriousness with which the British government once prepared for nuclear war. And perhaps that should encourage nonchalant preppers like me to take the task more seriously, especially now that we seem to be entering a period of global tension that, in 1992, was considered by many to be over.

Google the word “prepper” and you get lots of goofy images of men with big beards, gas masks, and a stash of guns. Reality TV shows like Preparers of the apocalypse further entrench the idea that the survivalist movement is made up of cranks who have a soft spot for guns. In America, the historical association between preparedness and the right (or even the far right) is likely a consequence of this preoccupation with guns, combined with the fact that to be seriously prepared you have to be rural – and the rural areas lean towards the Republican.

The political reputation of preppers is also partly a consequence of the historical origins of the survivalist movement, which crystallized in the United States in the 1970s and 1980s, in response to fears not only of nuclear conflict but also of a societal collapse caused by starvation or hyperinflation. The preppers of that time didn’t trust the Russians at all, but they also didn’t trust their own government to protect them. There is a particularly suspicious style of thinking that has always flourished in America, and particularly on the right. As Mark O’Connell writes about the psychology of preppers in his 2020 book Notes of an apocalypse: “there is not a single cause, not a single place of apocalyptic malaise. They’re all riders, all the time.

In the UK, preppers are less likely to be gun enthusiasts, for the simple reason that guns are much more difficult to obtain. Nevertheless, our Preppers are still often caricatured as “Walts”, in British Army slang – a term derived from the fictional character of Walter Mitty, a weedy man who fantasizes about military heroism. The Walts are chubby guys who dress in army surplus clothes and pretend to be survivalists. When the threat of disaster—or, in prepper parlance, “SHTF” (s**t hitting the fan)—seems unlikely, it’s easy to scoff at them.

Sometimes the laughter is deserved. For example, there was lots of hilarity on Twitter last year in response to a viral story about a group of Walts who had prepared in the Texas desert and found themselves hit by power outages. The group was extremely well equipped with guns and ammunition but, although they had plenty of canned goods, they had forgotten to acquire a non-electric can opener so could not eat much.

There is a masculine side to the preparation – involving firearms, camouflage and the hunt – which usually attracts both attention and mockery. But there is also a female side, just as important but generally less present in post-apocalyptic films. I am in contact with two mothers who have established farms with their husbands and young children – one in America, one in Uruguay. These families are motivated more by environmentalism and localism than by survivalism, but the effect is much the same: they have become remarkably good at growing and storing food, and will therefore do extremely well if the war in Ukraine disrupts supply chain worldwide. , as expected.

Preparedness doesn’t have to be associated with the Walts, or even a nuclear conflict, which fortunately remains unlikely even if the current crisis rekindles old fears. The types of emergencies that are much more likely to occur in our lifetime are those related to climate change. In Britain that means floods, heat waves and increased food and fuel costs, all of which can reasonably be prepared for both at individual and national level.

I have always found it strange that so many people who say they are extremely concerned about climate change do not live as if they were actually expecting disaster, choosing instead to reside in urban apartments with barely enough food in the fridge to last the weekend.

Granted, I’m not doing much better – we have plenty of bottled water at home and a decent supply of food, but we’re nowhere near living off the grid. In the years to come, our intention is to change this gradually, and for a multitude of reasons, including environmental ones. Solar panels and suburban chicken coops aren’t very exciting for the Walts of the world. But they are, I think, a wise investment.

[See also: With gambling reform there can be no happy medium]

Why Free Tax Preparation Is So Hard To Find