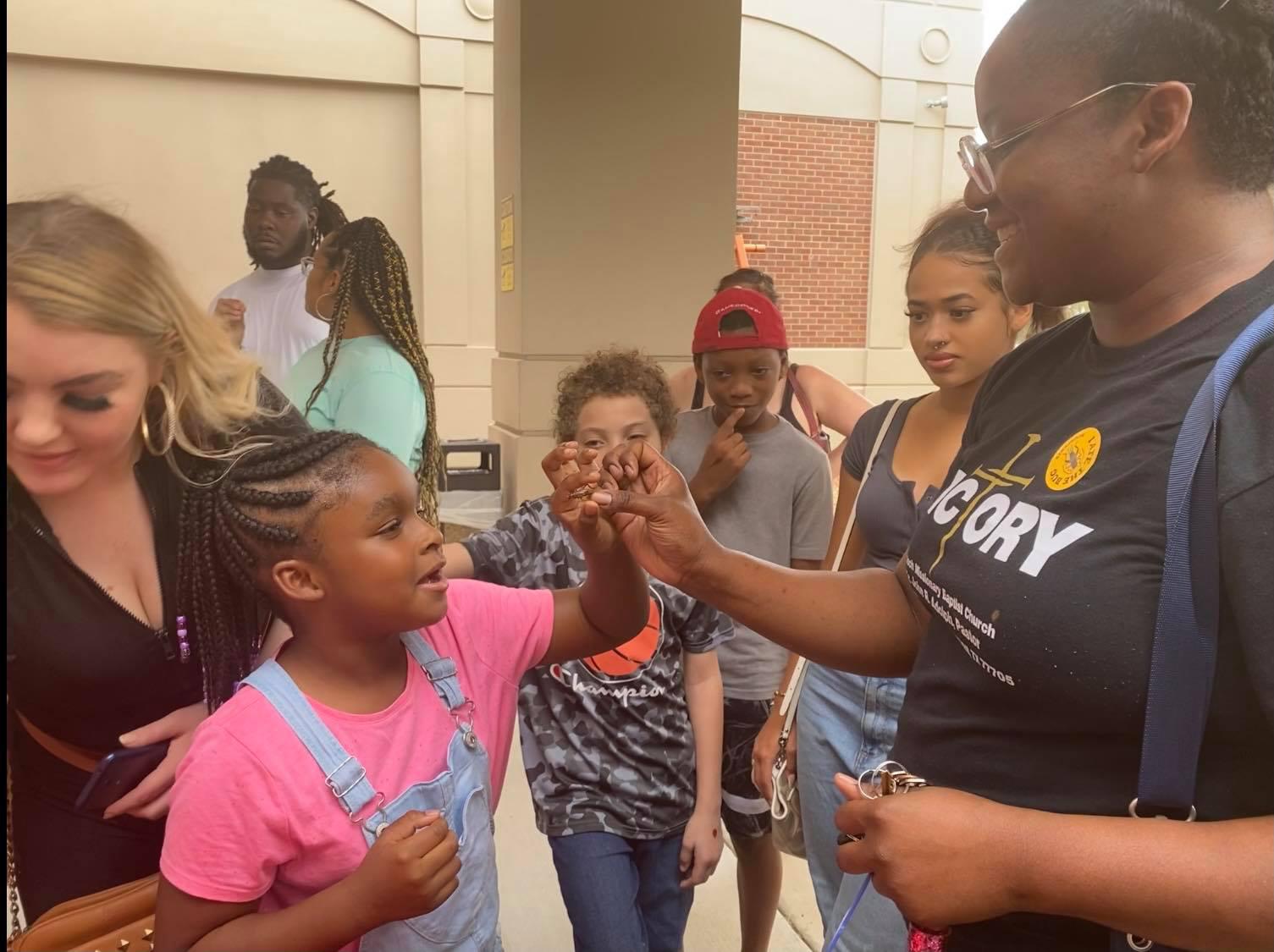 Kids have a blast at Family Arts Day in downtown Beaumont

Emotions were clearly mixed at the Eat A Bug booth on Family Arts Day in downtown Beaumont this weekend.

Children and their families squirmed and squealed as they picked up a cricket, closed their eyes, and tasted an insect for the very first time.

â€œOh Lord, a leg came off,â€ said Erica Aimua, 8, as she started to walk away.

But Erica showed courage, stuck her tongue out, and gave the “spicy” snack another chance.

It seemed like she regretted this decision as she immediately ran over to her mother for help and started licking her arms to get the taste of the bug out of her mouth.

The young boy standing behind her with his friend had a similar verdict.

“It’s mean,” said Zayden Mitchell, 10, an Orange resident, laughing as his friend Heidynn Brown, 10, agreed with a bitter expression on his face.

Several other children and their parents tried out the bugs throughout the day as the event took place at the Art Museum of Southeast Texas. The annual event invites the public to celebrate Halloween and the Day of the Dead by getting scared to feast on fried crickets, decorate sugar skulls and enjoy a variety of activities. The free, family-friendly event also included folk dances from the Mexican Heritage Society.

The Eat Insect activity has been offered by Bill Clark Pest Control of Beaumont for almost 20 years. This is just one way for the 65-year-old company to stay involved in the community.

If the kid eats an insect, he gets a sticker, said Nate Jennings with Bill Clark Pest Control. By 2 p.m., participants had worked with nearly five plastic bags filled with about a quarter of a bag each with crickets.

â€œ(It’s great fun) getting the kids to eat bugs,â€ said Jennings, who has been participating in the activity for almost eight years.

People were caught off guard by the pandemic and the 2013 ice storm. Here’s how to prepare for the next emergency