Isle of the Dead Plot

The first seasons of The Walking Dead lived on the fear that your favorite character might die. T-Dog and Glenn fans know this pain well. As the series grew, some characters developed temporary or permanent plot armor, but the showrunners still had to keep the fear alive. So far, that has meant keeping a few fan favorites breathing room, at least until the finale where anything could happen. But nothing can happen. AMC just announced another TWD spin-off with Negan and Maggie called Isle of the Dead. Beyond the confirmation that Maggie and Negan survive, the conclusion of The Walking Dead and plot of Isle of the Dead are still relatively up in the air. We’re gonna take a second and break down what we think is going to happen in Isle of the Deadhow it will affect Maggie and Negan’s development, and how the series finale of TWD will lead us there.

How Maggie and Negan Spinoff TWD

Negan is one of the most controversial characters in The Walking Dead. On the one hand, he slaughtered some of the show’s best characters, tortured Deryl, and coerced a group of women into forming a veritable harem for him. On the other hand, he had this cool jacket. And Jeffrey Dean Morgan sports an unflinching cult leader charisma that makes old mopey Negan seem likable.

Maggie is another kind of fan favorite. She’s been on the show since season 2 and has grown a lot. She went through all the developmental stages of the zombie apocalypse. She started as a naive farmer, became a zombie killing machine with riot gear, a vengeful partner, a boss, and then a vengeful boss. You like to see it. Ever since Negan hit a home run with Glenn’s amygdala, his arc has been considerably darker. When Lauren Cohan returned to the show after a hiatus, onOne of the presiding theories was that she was going to murder Negan, probably because of all those times she said she was going to murder Negan.

Season 11 has started, and now we see TWD gives Maggie and Negan plenty of time before the spinoff. Negan desperately tries to show Maggie that he feels bad for slaughtering her husband, and Maggie kindly didn’t beat him to death with a crowbar. For a while it was up in the air that Maggie would close her arc by killing Negan after he finally redeemed himself, but now we have an answer to that question. Maggie and Negan will leave Walking Dead for Isle of the Deadso we know at the very least that they will both live to the end of the series.

what will be Isle of the Dead wear on?

This latest spinoff will see Maggie and Negan team up in Manhattan. We’re gonna get some real big city vibes, and even the cast is excited about the story and staging. It’s unclear why Maggie and Negan are on a friendship adventure in the Big Apple, but there’s evidence to suggest it has a lot to do with the larger conflict we’ll see more of in the movies. Rick. AMC released a cryptic image teaser Isle of the Dead, and it had plot implications The Walking Dead final. 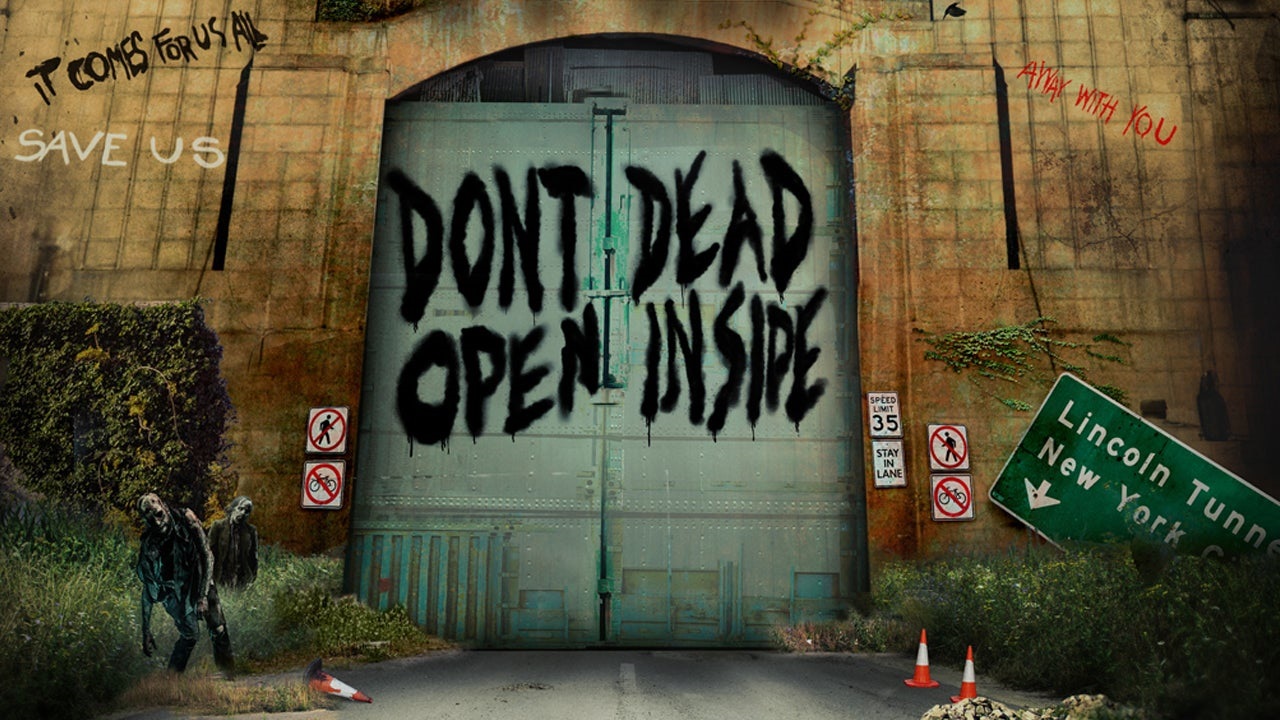 Thus, the large doors have the iconic Line “Don’t Open Dead Inside” on it. While that might be a tongue-in-cheek way of saying the town is a mess with walkers, there’s only one character this line implies. And while it’s still a bit far, there’s also the sign that says “Lincoln Tunnel”, a very real tunnel that they definitely didn’t have to mention in the promo art. On their own, these two things could be a coincidence, but together they seem like a clear implication.

Some of the other painted lines also connect to individual characters, possibly implying that they will appear or just be mentioned. First, “Save us” is even written in the style of “Saviors Save Us” that we see in season 9. We know Negan is into this stuff, but it’s kind of a key that the lines have a connection with the people who make an appearance. “It’s coming for all of us” and “Away with you” are about Daryl and Morgan, respectively, one who saw it painted on a subway wall and the other who wrote it on a pile of rocks and walls while he was in mad murder mode. 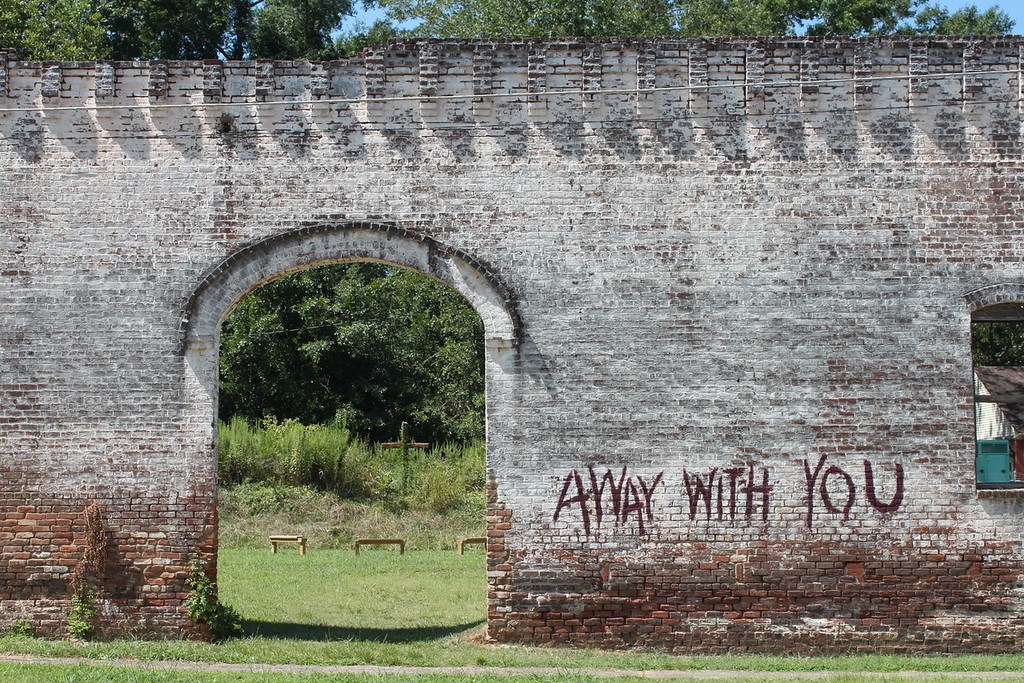 Why is this a Maggie and Negan spin-off from TWD?

Maggie and Negan are similar in several important ways. First, they are united by a shared gruesome event, the time Negan murdered the show’s best character. They are also both connected to Rick through his lens for the new society. Rick wanted to show that they didn’t have to kill their enemies, and Maggie really wanted to kill Negan. If these two embark on a journey together, and it goes in the direction of friendship reluctantly AMC directs their characters, then it would be a very good ending for both of them to find Rick and show that he was ‘ I’m not wrong to believe in Carl’s dream of peace. 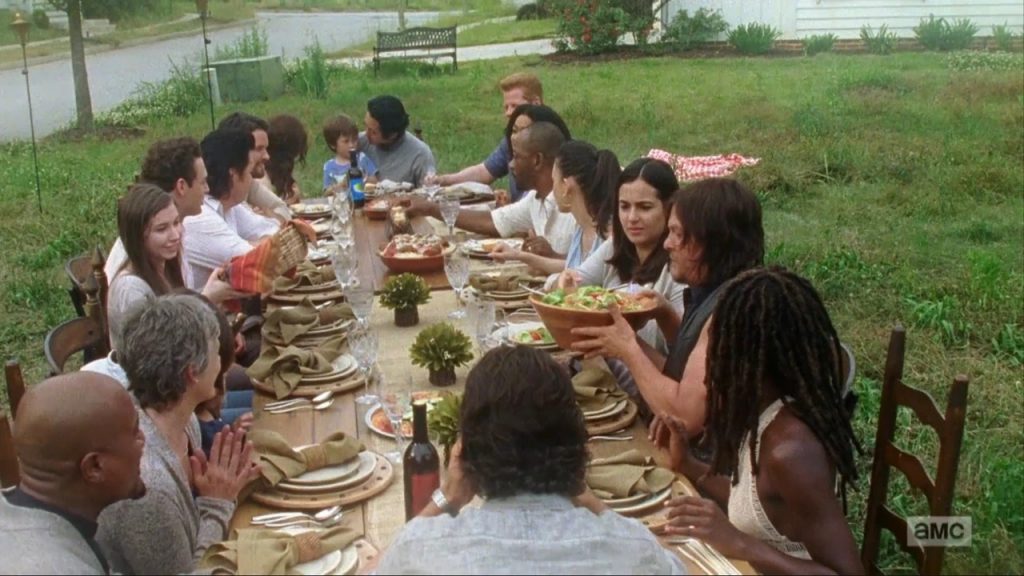 Negan and Maggie’s reason for going to New York hasn’t been revealed, but we have some thoughts on that as well. They are both some of the most seasoned fighters and leaders on the show right now. If there was something important to do, they make a sensible pair, especially if it’s a dangerous place that’s full of zombies and big city survivors. Maggie has a death wish and Negan looks like he wants to die saving Maggie, it’s no exaggeration to see them both volunteering as a tribute.

Our prediction is that this is the first of new The Walking Dead properties that will feature some sort of series All-Stars returning for a greater mission. Maybe not to save the world, but at least to fight some of the great evil powers or to find a cure for the afflicted living. Carol and Daryl, now Maggie and Negan, some of the most popular characters get down to business. So that’s probably the plot of The Walking Dead: Isle of the Dead will serve the franchise and world-building by bringing in guest stars.

Isle deaths should be released in 2023

What are your predictions for the plot of Isle of the Dead or the series finale of The Walking Dead? Tell us in the comments! And be sure to check out our other article with even more Walking Dead rumors about Rick and the movies!

Jessica Kanzler is a freelance writer and editor who lives with her wife and cats. Jessica has bad taste in television and a master’s degree in speaking, writing and digital media. Tell her about Frasier on Twitter @Jessicaakanzler

Here’s how merchants can avail instant business credit from Paytm