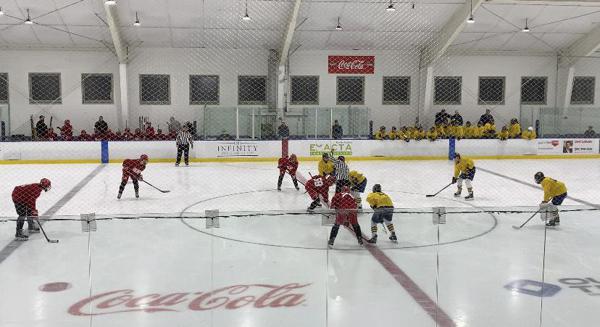 We are currently in the Summer Dog Days in Northeast Ohio; however, Saint Ignatius Hockey is in full swing during their offseason. Over the weekend, they took part in the 2021 Hockey Showcase held at the OBM Arena in Strongsville. Saint Ignatius faced three teams this weekend as they take on Orchard Lake St. Mary’s (MI), Buffalo St. Francis (NY) and University School. The Ice Cats have played three games in four days, posting a 3-1 record this weekend and impressing head hockey coach Pat O’Rourke ’90.

â€œIt was a great hockey weekend, we had three quality teams in town, we had a regional team at varsity school which is a perennial top 10 team in the state, as well as two excellent teams in the city. out of town in Buffalo. St. Francis and Orchard Lake St. Mary’s Prep, â€says O’Rourke. â€œThe games were all equal and many fell by the wayside. Overall, Saint Ignatius and Orchard Lake St. Mary’s were tied for the top of the standings at 3-1, while Buffalo St. Francis went 2-2 and the United States went 0-4.

The Wildcats opened the Showcase against Orchard Lake St. Mary’s at 7 p.m. The game highlighted back-to-back play between the Wildcats and the Eaglets and made for an exciting night of hockey. The only goal came from the junior of the Blues and Gold Zach Zahoranski with a few seconds to play in the first period. Zahoranski made a good move to find a free space for a shot and put it in front of the Eaglet goalkeeper in the upper left 90 of the net. Junior Jack Utrup was credited with the shutout, allowing him no goals on Friday night.

Prior to day two of the Showcase, the Wildcats faced Buffalo St. Francis at 11 am. The first period will go scoreless as the Wildcats and Red Raiders have shown their defenses. The Cats broke through early in the second period with a quick break goal from sophomore Dario Piazza who went on top of the Red Raider goalie to make it 1-0 for the Wildcats. With 9:18 to go in the second period, the Red Raiders would tie the game at 1 with a goal that squeezed into the lower left 90.

Sophomore Jack Geffert scored his first Showcase goal as he found space for a wide open slapshot to make it 2-1 for the Wildcats with seven minutes left in the second period. Geffert was a member of the Wildcat 15U club last winter as a freshman. Zahoranski scored his second Showcase goal with time-out in the second period, bringing the Wildcats to 3-1 heading into the second intermission. Freshman Christian Sidoti, another Wildcat 15U club member, would end the game with a breakaway goal with less than a minute to go as the Wildcats claim a 4-1 win in the game. morning against the Red Raiders.

The Ice Cats would have a short turnaround on day two as they face local rival, University School, at 7 p.m. ET. The Wildcats would generate an early offense with a goal from junior Johnny Rodgers, who would squeeze the puck under the goaltender’s legs to give the Cats a 1-0 advantage early at 8:52 of the first period. The Preppers won the faceoff in the Wildcats ‘zone and the Ice Cats’ defense couldn’t adjust in time for the Preppers to tie the game to one with 12 minutes remaining in the second period.

Sophomore Brandon Getz would join the scoring action, responding to the Preppers’ 11th-minute breakaway goal to make it 2-1 in the second period. The Ice Cats’ lead increased in the third period as senior Kevin Mays managed to put one in the back of the net, making the good guys 3-1. Hungry again, Piazza recovered from a ricochet from Getz to take the lead to 4-1 against the Preppers. The Cats would lead and become 3-0 in the Showcase before the final day.

The last day of the Showcase saw the Wildcats’ rematch against Orchard Lake St. Mary’s on Sunday morning. Both teams can pack a punch and that was evident in both games this weekend at the Showcase. The Cats fell behind in the first period 1-0 against the Eaglets, the first time they were down all weekend. The Aiglons continued that momentum in the second period as they went on to take a two-goal lead with five minutes to go before intermission.

The Wildcats went on the scoreboard near the ten-minute mark of the third period with a breakaway goal from senior captain Owen Zawadski as the Wildcats scored on a shorthanded goal. This reduced the Eaglets to one with plenty of time to make a comeback in the last Showcase game. St. Mary’s would increase their lead on a ricocheted shot that passed second student Nolan Francis in the third minute. With less than a minute to go, the Eagles would add one more on a breakaway goal as they beat the Wildcats 4-1.

â€œIt was a good checkpoint as we wrap up our summer activities to see where the individual players are and where we are as a team heading into the fall break,â€ said O’Rourke. “I think it’s safe to say that we are excited about the coming season and this weekend’s results only confirm that for me.”

There were a lot of standout performers this weekend for the O’Rourke Wildcats, as sophomores to seniors were able to gain experience before the season started in the winter. â€œI’ve been impressed with just about every player who has donned a jersey this weekend, from sophomores to seniors; If I had to pick a few guys who stood out, I would mention a few seniors first – our captain Owen Zawadzki, who was just a bulldog on the ice all weekend and scored a shorthanded Top 10, SportsCenter – goal type on Sunday, and Kevin Mays, another 200-footer who does everything, does everything with a smile, is tougher than nine dogs and is extremely coachable, â€said O’Rourke. â€œThese two guys set the tone for everyone and their teammates followed suit. We had a balanced rating; everyone embraced the physical character that we preach and it was just a ton of fun to be back on the ice with these guys. Can’t wait to be in November to get started for real.

The start of the high school hockey season will usually be at the end of November, marking the start of winter sports. However, O’Rourke’s men appeared to be in midseason form despite being in the middle of an offseason. Last season, the Wildcats finished 15-8-3 and lost to Rocky River in the district semifinals. The pandemic was a further hurdle for a significantly young roster which featured six seniors. This year the Ice Cats have a whole offseason to prepare for another state title race.

â€œOur players got a lot of experience last year and they did a good job in the weight room, which showed in their physique in all four games,â€ said O’Rourke. â€œWe should be a fun team to watch. My only complaint is that we are hitting the glass way too much with our shots, but that can be fixed. If these guys continue to work hard and stay positive, we’ll make some noise this season and be a team to be reckoned with across the state. “

It was an important week of hockey for Saint Ignatius on and off the ice; not only did the Wildcats lose 3-1 in the Showcase, but the former Aidan Spellacy ’16 program will continue his varsity career at St. Cloud State University and continue to play Division I hockey. We will have a story on Aidan. in the coming weeks. Stay tuned!

Best Emergency Preparedness Kits: 20 Kits To Keep You Safe In A Disaster