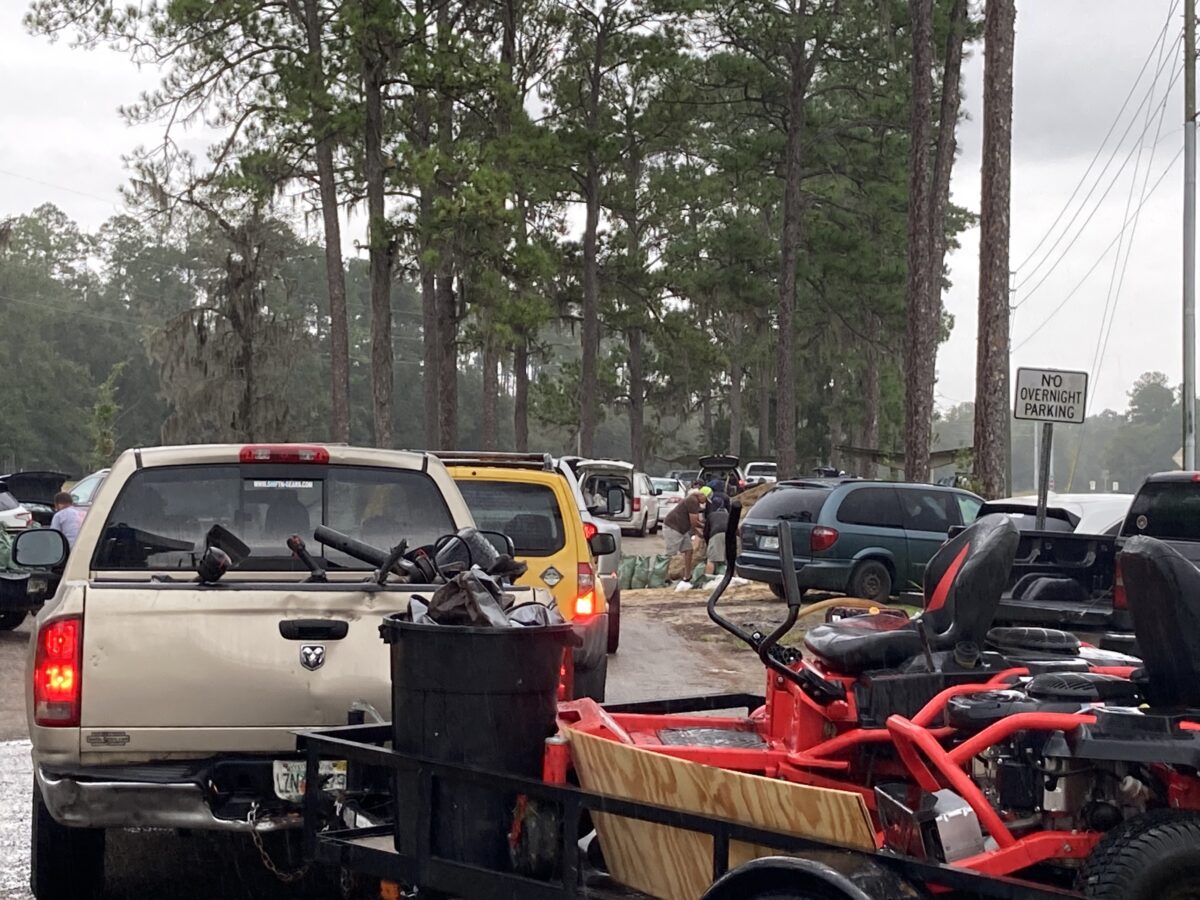 “Bugging out” is a term widely used in military circles for quickly evacuating a dangerous location with minimal supplies.

Among survivors and “preparers”, a “bug out bag” is anything that contains survival essentials, usually lasting at least three days.

“Generally, it’s a bag for when you need to leave a place to stay safe. It has the essential basic supplies to do that,” said survival instructor Craig Caudill of the Bug Out Bag Academy (bugoutbagacademy. com).

The online emergency preparedness academy was founded in 2013 by Missouri resident Andrew Pontius to help educate people on how to build bug out bags and survival kits.

Pontius said the essence of a bug out bag is that it’s something easily accessible and ready to go at a moment’s notice.

Ideally, it contains all the basic ingredients for survival: shelter, water, food, a source of heat, first aid and clothing.

“It can be anything you make of it,” Caudill told The Epoch Times, as long as it meets all the requirements.

Caudill, who peer reviews the website’s content, said creating a bug out bag doesn’t have to be complicated.

“In fact, we think it should be a fun and enjoyable experience. After all, having a solid escape plan and knowing you’re planning well in advance should help reassure you about [disaster] scenarios.

Caudill said a bug out bag comes in a variety of forms. It can be a simple hiker’s backpack, a sports bag, or even a guitar case, as long as it contains the essential ingredients for survival.

The general rule is that a bug out bag should be able to carry a person through a disaster scenario for at least 72 hours.

“The general belief is that this is the average time it would take you to be located or rescued during a large-scale disaster,” Pontius told The Epoch Times.

Pontius said the first thing to consider in a potential evacuation scenario is its physical location and the natural or man-made emergency most likely to occur.

“Is this going to be a forest fire? Will it be a hurricane? Is it going to be a tornado? That sort of thing,” Pontius said. “I think a lot of it depends on your location.”

In addition to the bug out bags, DenverREADY handed out drawstring bags, which included items such as ice scrapers, heating and cooling packs, reusable straws, water bottles, collapsible bowls and d other items.

“Through our fairs, we have had a strong focus on education, providing a wide range of educational materials on what goes into bug bags,” said Mikayla Ortega, DOEM’s Marketing and Communications Manager. .

“We’ve been clear in our efforts, going so far as to set up a demo table to tell people how to build their kits, as our bags are starter kits for people who might not be able to get hold of them. basic supplies otherwise,” Ortega said. .

“Our office’s vision is to become a national model in forming and sustaining a culture of preparedness as prepared communities create resilient communities. We believe giving resources and education directly to residents shows our commitment to our community,” Ortega told The Epoch Times.

Of all the main ingredients in a bug out bag, food, water, warmth and shelter are the most important for survival, Caudill said.

“If you don’t have something to take care of your body heat – your body regulation – you’re not going to make it.”

Bug Out Bag Academy lists 75 essentials for an authentic bug out bag. However, Caudill and Pontius warn that one size does not fit everyone’s needs.

First and foremost is hydration, since the human body can only survive about three days without water.

Contents should include at least three liters of drinking water, a bottle or canteen, water filters and purification system, and three water purification tablets.

Shelter and bedding can be a tarp or tent, a sleeping bag, a groundsheet and a woolen blanket for extra warmth.

Bug Out Bag Academy also recommends throwing in the mix a lighter, an iron rod to create sparks to start campfires, three pieces of fuel, and waterproof storage.

While natural disasters are a fact of life, Caudill said, supply chain disruptions and food availability appear high on the global radar in 2022.

Pontius said evacuation kits bought online are a good way to start, but they lack supplies to meet specific individual needs, such as prescription drugs.

“I definitely wouldn’t stop” with a ready-made bug out bag. “Don’t let this be your main recourse in a big emergency,” Pontius said.

Perhaps the most critical element of any escape plan is having the mindset and determination to create one in the first place.

Despite red flags of a deteriorating economy, inflation and supply chain issues, many people have yet to begin to prepare for the prospect of tough times.

“I believe it’s human nature to put off potentially difficult times until they come,” said Jonathan Jones, co-founder of The Provident Prepper (theprovidentprepper.org) with his wife, Kylene.

“In a world so full of distractions and the incentive to ‘eat, drink and have fun’, many people choose to live now with the intention, perhaps at some point, of taking some steps to be better. prepared.”

As events unfold around the world, Jones told The Epoch Times that he has “never seen so many alarm bells ringing at once.”

“It is moral and natural that there are challenges…but our nation and our world are in a state of turmoil that I have never witnessed before,” he said.

“Some will never listen and for whatever reason want nothing to do with preparation. Others see the wisdom in preparation, but it’s never on the priority list for taking action. .

Jones said some people adopt a prepared mindset if they have someone they trust to help them meet preparedness goals.

Kylene Jones thinks “everyone is worth it,” and told The Epoch Times, “We share our message of self-reliance with anyone who is willing to listen.

“It’s that old saying, ‘You can lead a horse to water, but you can’t make it drink.’ We try to provide as much information as possible to make preparing a sensible and feasible idea for everyone.

Having a bug out bag handy is just the first step in preparing for any disaster, natural or man-made, Caudill said.

Things seem to be changing rapidly, he said, and “there is considerable concern which is not dramatic”.

“It is on the basis of good information that there are difficult times ahead. The reason for this is multi-variable. The war has not taken place on a large scale for a while. Humans tend to make this happen on a regular basis.

Allan Stein is an Epoch Times reporter who covers the state of Arizona.