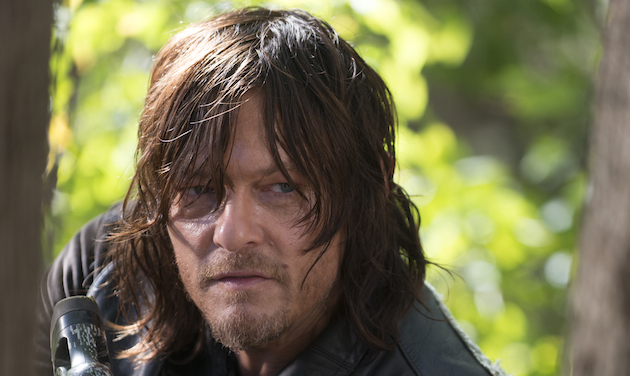 After suffering a concussion on set on March 11, The Walking Dead Norman Reedus says he’s “going to be back at work on Tuesday, they tell me”.

The actor, who plays Daryl Dixon in the AMC zombie apocalypse series, took to social media on Friday to provide an update on his condition and thank fans for their concern. Check out the Instagram below.

It is still unclear whether the accident happened during the filming of Reedus or not. Besides Reedus being out of service for a while, the production of the impending final closing day for TWD was pushed for a few days by AMC.

News of Reedus’ injury first came to light in a Fandemic Tour social media post that “Norman Reedus had to postpone due to an accident during filming.”

Drawing inspiration from issues 175 to 193 of the comic book series created by Robert Kirkman and its storyline of the Commonwealth, the series Angela Kang showrun zombie apocalypse is currently halfway through the second part of its 11th and final supersized season in Three parties.

Once TWD ends in late 2022 or early 2023, Reedus’ Daryl Dixon character and McBride’s Carol Peletier will be kicked into high gear for a spin-off. First announced in September 2020, details of Reedus and McBride’s spinoff in the ever-expanding Deadverse have been followed by the actor being replaced by CAA and To drive host signing an initial two-year contract with AMC and launching his own Bigbaldhead Productions shingle.

During his run, The Walking Dead saw a number of accidents on set, including the tragic death of stuntman John Bernecker in 2017. Reedus himself has suffered injuries before on set as well. While filming the fifth season episode “Them” in a barn in 2015, Reedus cut his arm. The injury would have been filmed, but never made the final cut

Fans of The Walking Dead will be able to see Reedus on screen tomorrow, as a new episode of TWD’s 11th and final season is set to air titled “Warlords.”