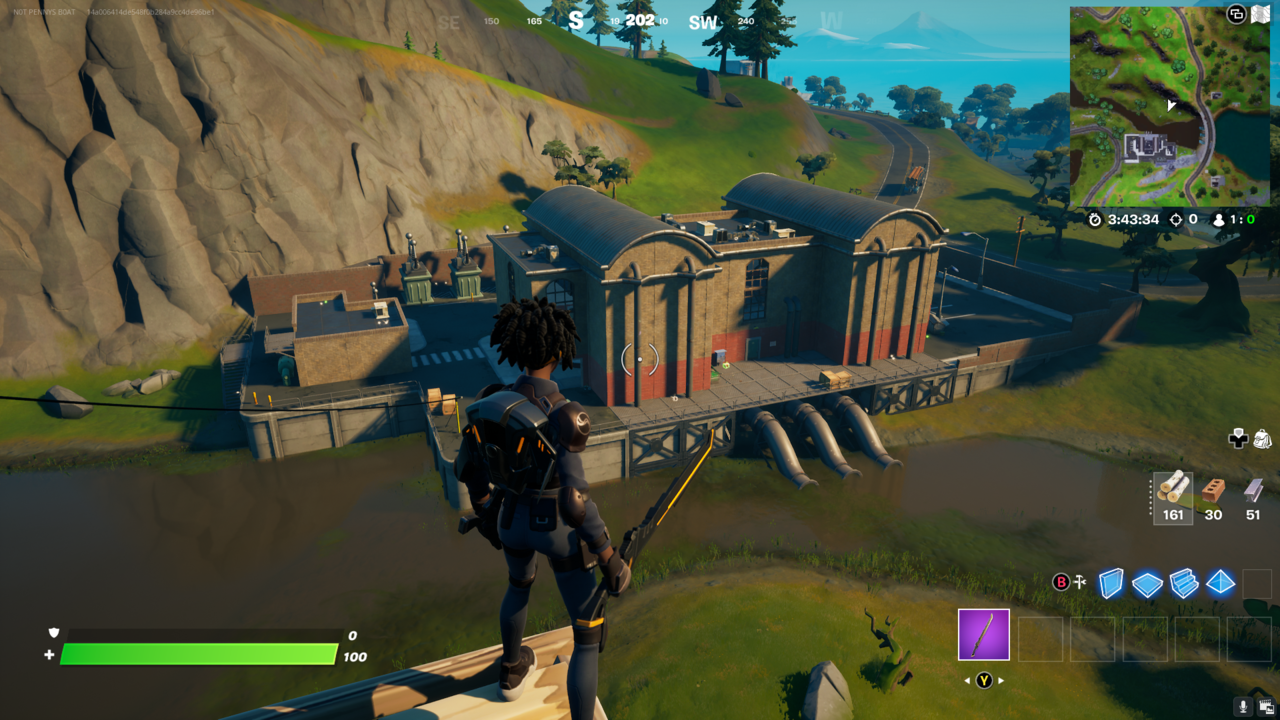 One of the final challenges of Fortnite Week 4 tells you to pick up the end of the world preparation guide. This is another story-related item that will only appear when the quest is active and, once collected, will disappear for good. But most people only do this for XP anyway, so here’s everything you need to know about the location of the Doomsday Prepper guide.

Where to find the Doomsday Prepper guide in Fortnite

Unlike all the other legendary quests in the Fortnite Week 4 challenges, this one requires you to locate a single item. We’ll get to the meaning of the story in a moment, but for now you might want to know where to find this apocalypse preparation guide. Let’s go.

The apocalypse planners guide can be found at Hydro 16, which is the brick building that houses the hydroelectric dam operations just west of Lazy Lake – the lake itself, notice, which is north of Misty. Meadows. Head towards Hydro 16 and enter on the ground floor.

Look for the small office next to the metal stairs. Inside you’ll find very few items like a desktop, filing cabinet, and, if your quest is active, the Doomsday Preparers Guide sitting on the floor. Interact with him to take on the challenge and earn 30,000 cool XP.

For those who follow the story, this quest seems like a real eye-opener. All of the Legendary Quests from the previous Week 4 involve the search for Farmer Steel, who has been missing in action since the appearance of the aliens. Given his outspoken criticism of aliens, some have speculated that he was abducted. After all, many Fortnite NPCs are missing this season. Maybe they’re all on the mothership somewhere.

Others, including us, thought his disappearance may have been a false flag operation led by the IO, which continues to make aliens look worse than they actually are, given the lack of alien aggressiveness and the IO’s penchant for it. However, an End of the World prep guide recontextualizes the entire plot.

It looks like Epic is teasing the truth: Farmer Steel has been hiding, possibly even underground in some sort of bunker. Maybe he’s waiting for the war between the Imagined Order and the aliens to end, maybe he even has other NPCs with him. There’s still a lot we don’t know, and that’s exactly what Donald Mustard and the creatives at Epic seem to prefer. Right now, the guessing game is as much fun as XP, in our opinion.

Make sure you collect all of the week 4 alien artifacts while they’re here. They will only stay for a week, as always.

GameSpot may earn a commission on retail offers.

Where to find the Doomsday Preppers guide