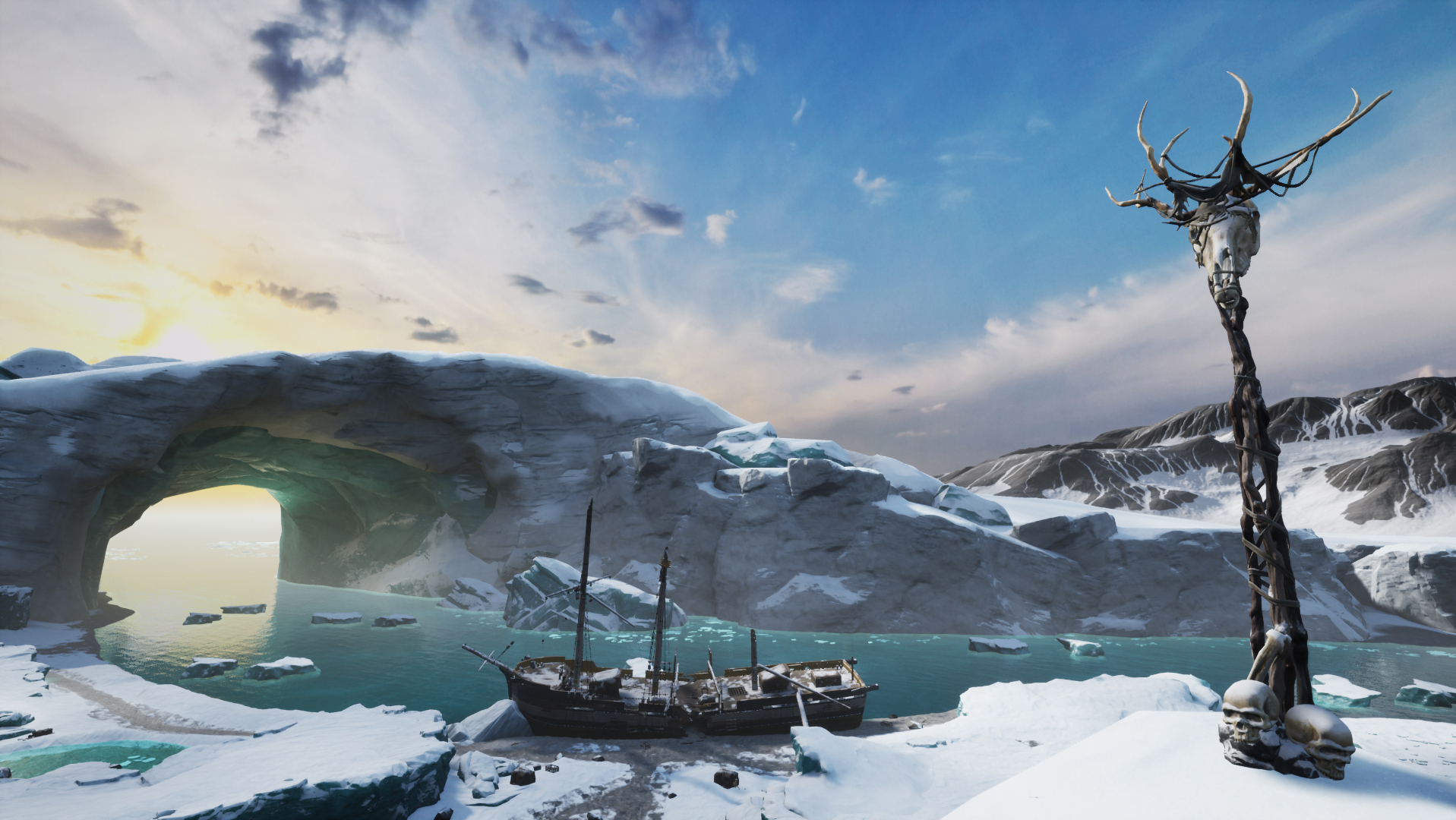 Dread Hunger, a social deception twist on survivalism, has unveiled a fall release window and a stunning new trailer.

Digital Confectioners just announced that its creepy social deception multiplayer, Dread Hunger, is set to make a full-fledged appearance on PC this fall. Initially launching in Early Access in April 2021, this mix of survival sim and friendly backstabbing will propel gamers into the savage and ruthless Arctic when it arrives on PC, via Steam.

While traditional survival sims pit players against their surroundings, this particular adventure isn’t exactly united in purpose. Instead of fighting the elements, players joining this multiplayer adventure will be crewing a sailboat with a split crew. Exploring the wilderness with nothing but 19th century craftsmanship, eight player-controlled â€œexplorersâ€ depend on each other for their survival. However, two of them are Thralls, determined to ruin any chance of survival. Much like First Class Trouble, this mix of other gameplay elements with social deduction garnered positive reviews during Early Access.

The full version will include the final version of maps, characters and gameplay updates from the Unreal Engine-based title. The result of which can be seen in the trailer above. The latest update ‘The Great Hunt’ brings a new map – The Summit, a new character – The Hunter, his bow weapon and a terrifying new enemy – the Polar Bear. If you can start fires to stay warm, repel predators, hunt for food, attract, trap, and bewitch anything in the Canadian Arctic, you could very well survive Dread Hunger when it launches this fall. Find out more about Dread Hunger on the official website or Steam Store page now.