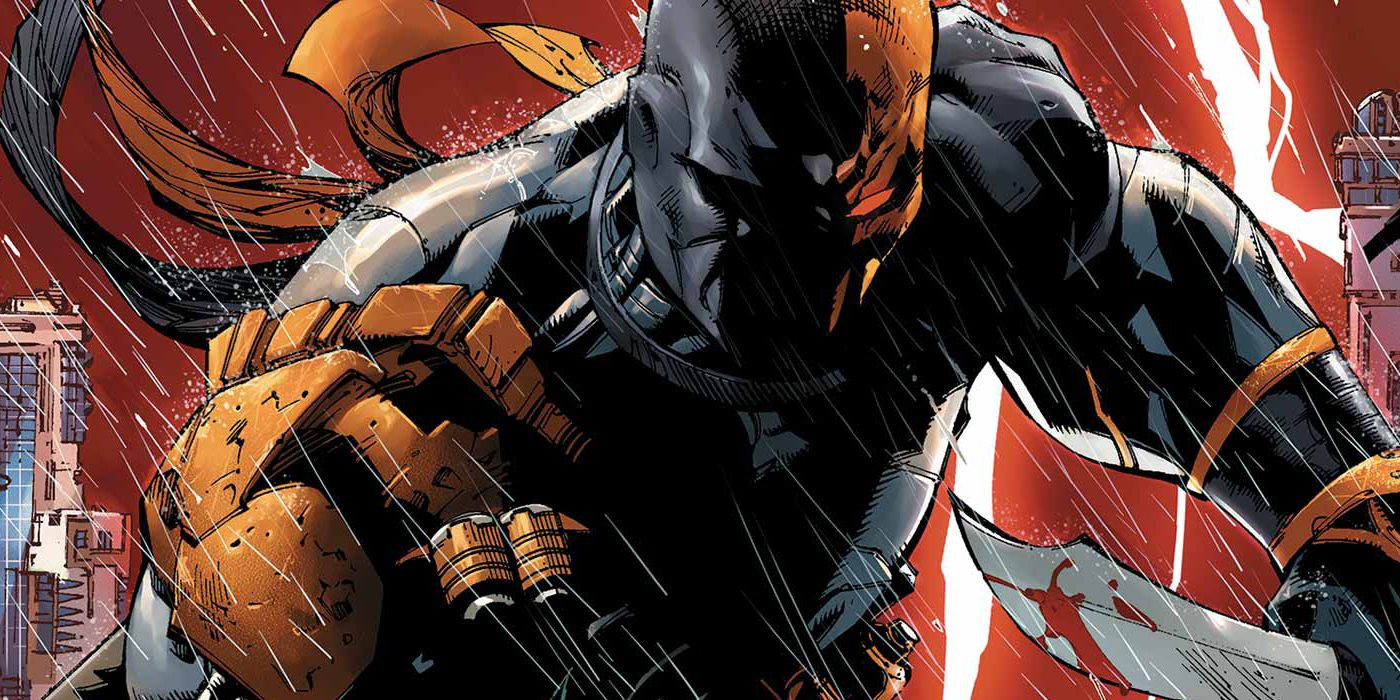 Deathstroke is well known for being ruthless and hard to kill, however, a dark future has turned everything readers thought they knew about him upside down.

For much of his history in the DC Comics Universe, Deathstroke the Terminator aka Slade Wilson has been known primarily as a ruthless assassin who is equally comfortable working with Batman in one breath, and battling him in another. Although he’s primarily known for his treachery and evil fighting skills, he does have powers, and those powers were once twisted to change everything readers thought they knew about his origin.

Deathstroke’s ability to succeed is based on his biochemically enhanced abilities. As a young man, Wilson was naturally smarter and more physically fit than the average human. However, he still wanted more. His abilities got him noticed as a soldier, and when the opportunity presented itself, he jumped at the chance to volunteer for a special program to create soldiers with enhanced abilities. While the experience eventually led to Wilson becoming a Captain America-style super-soldier, rather than using his talents in service to the military, Wilson decided to become independent and use his abilities for his own interests. .

Deathstroke the Terminator Annual #3 (by Marv Wolfman and Ed Benes) provides an alternate version of Wilson that’s kinder and gentler than the version now lurking in the shadows of the main DC Universe. In this alternate universe, readers find a centuries-old Deathstroke battling the Genetix, a race of zombie-like mutants. Although Deathstroke’s healing factor isn’t as powerful as Wolverine’s, it’s enough to let him survive in the post-apocalypse. Wilson discovers that he was the prototype of the mutants who became the Genetix. Realizing he only has one chance to destroy Genetix, Deathstroke prepares to place a nuclear explosive under the city and detonate it, the Gentix, and himself. However, on his way to the bombardment, he finds a thriving community of humans living safely beneath the city’s surface. Realizing that his plan needs readjusting, Deathstroke convinces the group to fight the Gentix under his leadership to give humanity a chance to survive and reclaim the world once again.

Clearly, this version of Deathstroke isn’t like the original. Here, Deathstroke proves caring, remorseful, and helpful. Working, with the group of human survivors, he shows that money is no longer a requirement to “do the job” and that for some purposes, such as the salvation of humanity, sacrifice is necessary. But the difference between this version and the original is interesting because it’s a complete twist on Deathstroke’s origin and powers, making it the first semi-failed experience in a process that nearly destroyed the game. ‘humanity. While some fans might be surprised by his heroism, this wouldn’t be the last alternate universe where Deathstroke was an unambiguous hero.

Deathstroke is one of DC’s most famous anti-heroes for a reason. Although his powers are far more subtle than most DC characters, they were still enough to form the basis of this interesting alternate universe. Ironically, this terrible future is where Deathstroke can finally claim to be a true hero instead of riding the line. It makes you wonder if the original Deathstroke the Terminator may one day show a similar softer side.

Next: Deathstroke’s ‘Evil’ Costume Is Still The Best He’s Ever Had

Marcel Green is a comics writer for Screen Rant. A lifelong comic fan who was originally a “Marvel Only” collector, he became an “indie” fan of all things comics, manga, cartoons and anime. Glad to finally be able to put all those hours of comic book reading to good use over the years.

What are 3D printed “ghost guns” and are they also a threat in Europe?