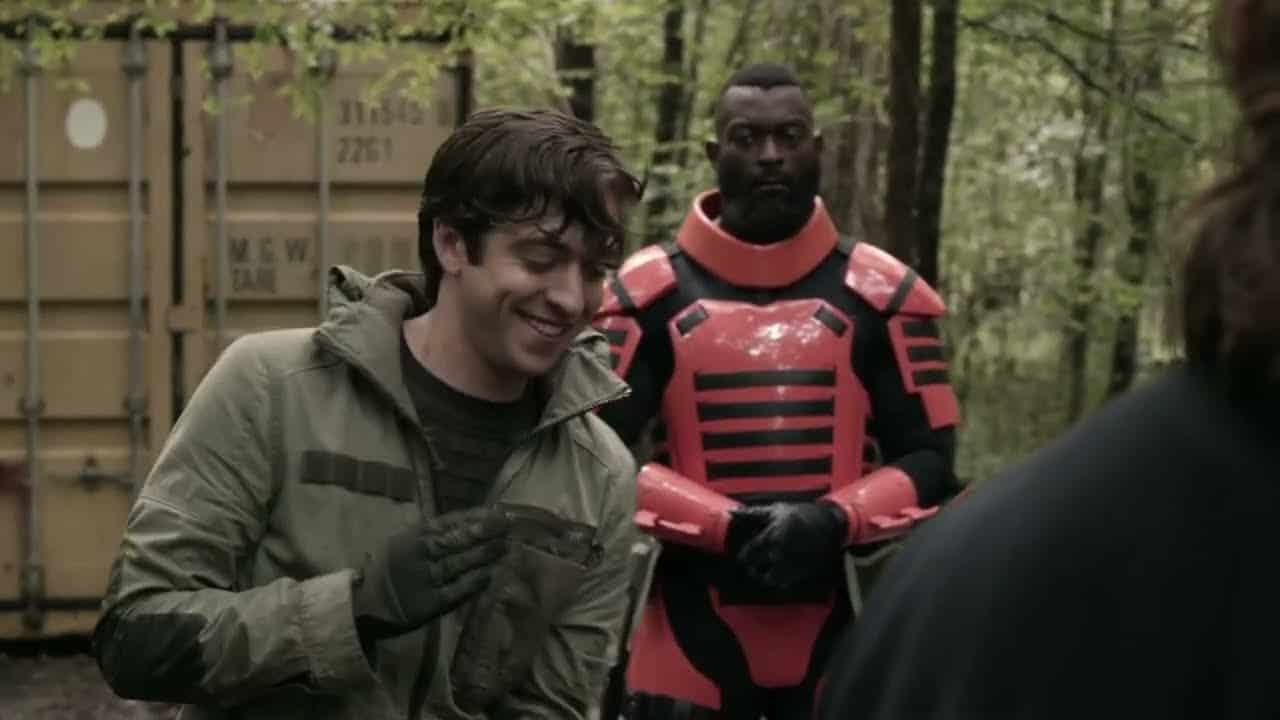 Class division in The Walking Dead

It’s fair to say that some people take the zombie apocalypse seriously in real life and want to be as prepared as possible, but in the real show there are too many people who don’t take walkers seriously enough. This could be due to the idea that they don’t have much experience with them, which is hard to believe, or that they are being guarded and protected by people who have killed more walkers, and possibly to be other human beings than many might imagine. The fact that it’s possible to see the haves and have-nots still represented in this world isn’t too surprising, it’s downright irritating. But that’s part of what makes the class divisions evident in TWD Season 11 all the better as the Commonwealth makes it clear that those with the skills and qualities they want can go far and be dealt with a lot of respect and decency, while those who are not considered important are treated as second-class citizens, and even treated as less than everyone else. You’d think a zombie apocalypse would present survivors in a different light, but sadly, it feels more realistic.

One of the main sticking points is Sebastian Milton, the Commonwealth Mayor’s son and perhaps one of the most irritating characters in the series at this point, because if the law had a face, his would be the first. to stand out as a shining example. He is not alone in taking full advantage of his position in the Commonwealth since the class divide is more than obvious, but it is also equally easy to see that individuals such as Mercer, who serves the upper class, are not as comfortable as many others when it comes to the restrictive festivities and functions that are held for privileged members of the community.

The fact that the last episode shows Sebastian and his mother hunting walkers is quite disturbing since Daryl, Rosita and many others have to make their way through the Commonwealth, while others are allowed to enter according to this they can offer and their skills. together that might not be relevant after so many years. But it would seem that the commonwealth is intent on bringing back the old ways and separating people by their skills, their use for the community as a whole, and also intends to distribute privileges in the same way that was practiced before the fall of the world. . That shouldn’t be such a big surprise, right? Throughout history, those who have succeeded in seizing power, influence and the hearts and minds of people have been the most influential and have often found that a little is not all. just not enough. In short, even after the world has fallen, one can assume that someone will rise from the ashes and do whatever it takes to create another system that will become just as flawed as the one it will eventually replace. This isn’t the first time this has been taken for granted, as TWD has managed to show off this type of development more than once since its launch.

What this basically shows is that no matter how the world ends, there are still plenty of people out there who will strive to be the most important person in the room. It is important to note that some people might not crave this level of attention or importance because they really want to help others and improve everyone’s life as much as they can. But when realism reminds us of the fact that people are not equal and that some people have much more ambition than others, the ascent to positions of power becomes more pronounced, and those who do not want to let go of that power , who want to be in the most influential positions that offer more privileges, tend to become negative one way or another. The fact that the latest episode saw a disgruntled ex-soldier take the mayor’s adviser hostage in order to be heard is a clear sign that all is not well within the Commonwealth. Not only is classism not appreciated by those who have less, but it is more than obvious that there is a building of rebellion.

This makes it easy to imagine that even when the world ends, humanity will start to create the same divisions that have existed since recorded history, and the haves and have-nots will continue to be the two biggest divisions that exist. This is sure to irritate a lot of people because even though it’s fiction and it’s horribly easy to get angry at the characters, the fact is that many in society think that’s how things would continue to happen since human nature is to destroy as much as it is to nurture and divide as much as it is to unite. Sometimes fiction and real life have a lot more in common than people realize.