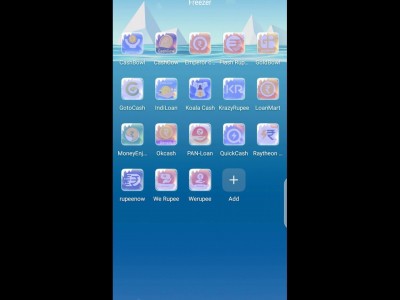 According to police, credit app companies shifted their bases to Nepal, Bhutan and the Philippines after some owners of these companies who had been defrauding innocent victims were arrested in India. Police in several Indian cities registered cases against Chinese loan app companies after people committed suicide after being digitally shamed by debt collectors, usually referred to as executives.

The executives receive a commission on the collection of loans as an incentive for their salaries.

“During investigating the cases, we found that the servers and backend operations are located in Nepal, Bhutan and the Philippines,” said a Hyderabad police officer.

In 2021, Telangana police recorded nearly 50 cases related to the Chinese lending apps. About 100 people, including Chinese nationals, were arrested by the police.

Telangana Police wrote to tech giant Google to remove illegal loan applications from its Play Store. Management turned out to be smarter.

People are now receiving text messages or WhatsApp messages with a link that redirects to an instant loan app. Anyone who clicks the link will be taken to an application and asked to download it. The further procedure is the same.

“Everyone applies for a loan and after the application is processed, the amount is credited to their account. The gangs have a database of old clients and randomly acquire new data through third parties,” said a Hyderabad police officer.

A multi-million dollar business with companies hiring hundreds of people cares least about spending when demand and returns are high.

“Instead of calling directly, recovery managers/agents make WhatsApp calls. The normal phone number is switched off. Additionally, they don’t use data on regular phones and instead use hotspots or WiFi to make calls,” the official added.

Earlier, Hyderabad Police booked 22 cases and arrested 22 people, including Chinese nationals, in the scam valued at thousands of millions of rupees.

Around 3,000 bank accounts were frozen. Cyberabad Police and Rachakonda Police also arrested some foreigners and locals for the fraud. Police raided call centers in Gurgaon, Bengaluru, Delhi and Hyderabad and confiscated electronics and other incriminating material.

Itch.io Bundle For Abortion Funds Raises $50,000 In Under An Hour