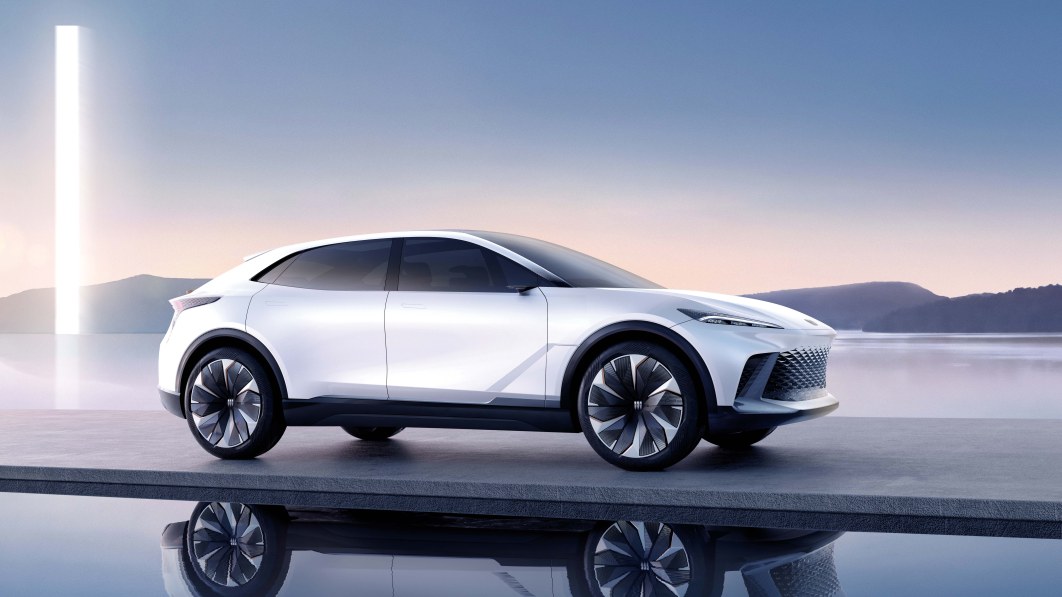 We all saw the gorgeous Buick Wildcat EV concept yesterday, but another Buick concept has been revealed in China: the Electra-X Concept SUV.

Buick plans to use “Electra” to name its future electric vehicles, and this is our first look at a concept with the name attached to it. Specifically, Buick says this concept “previews the production version of Buick’s next-generation electric vehicles in China, underpinned by GM’s revolutionary Ultium platform.”

Nowhere in Buick’s announcement does the brand say this concept will carry over to future Buicks in the US, but it’s an interesting idea to entertain. The Electra-X Concept SUV looks like a fastback SUV, or crossover coupe, which is already a common body style here in North America. Given that Buick’s intention is to use the Ultium platform, that gives even more reason something like this could end up in US showrooms.

This specific concept is all about design, and it’s by far the most attractive Buick SUV we’ve seen. Buick says the car’s “fresh and youthful” expression is intended to appeal to younger customers. It certainly looks a lot sportier than what we’re used to seeing from Buick, which is a good thing. You’ll notice it wears a new Buick badge on the front. The front and rear light design is meant to resemble what we’ll see on future production cars, and like a lot of lights these days, they flash an animation at you when you get close to the car.

The four-seater interior is sporty and refined. Additionally, it shows off the flat floor capabilities of the Ultium platform. It has an airy feel thanks to a wraparound windshield and glass roof. The seats are wrapped in fabric made from recycled water bottles. You’ll also see ‘GS’ etched inside the cabin to indicate that there will be electric GS models in the future.

Its main display is a 30-inch 6K display and the car has 5G connectivity for the fastest internet connection possible. Super Cruise in its most advanced current form is also on board, which is great to see for the Buick brand.

Disclaimer! Verve Times is an automatic aggregator of all media in the world. In each content, the hyperlink to the main source is specified. All trademarks belong to their rightful owners, all materials to their authors. If you are the content owner and do not want us to publish your materials, please contact us by email – [email protected]. Content will be deleted within 24 hours.