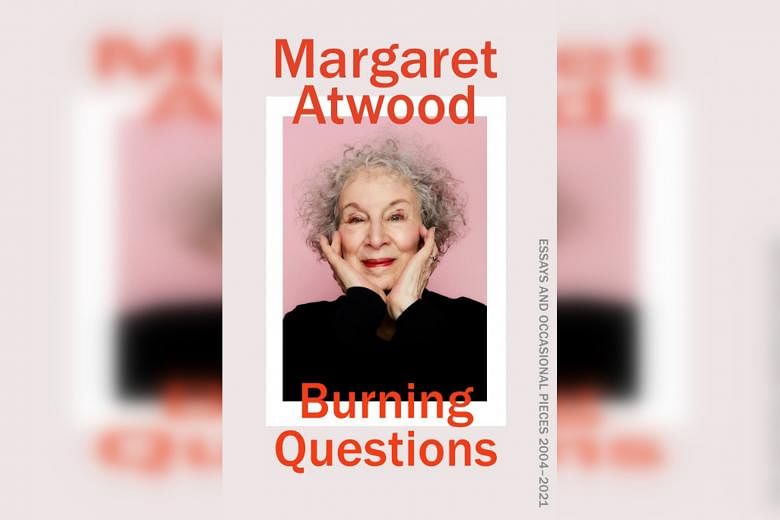 What do zombies have to do with the poetry of TS Eliot? These are the fun little links that dot Canadian author Margaret Atwood’s third collection of essays.

It collects over 50 “essays and occasional pieces” from 2004 to 2021 by the two-time Booker Prize-winning author. These include new work, such as a meditation on life in the Covid-19 pandemic and a preface for The Bedside Book Of Birds by partner Graeme Gibson, who died in 2019.

Atwood ruminates on culture wars and the climate crisis, fashion and feminism, Shakespeare and science fiction. She reviews many books, while launching into the New York Times’ first savage review of her most famous novel, The Handmaid’s Tale (1985).

The collection is less selective than exhaustive. Despite the urgency evoked by its title, there are few fresh revelations to be drawn from these plays.

On the contrary, reading them is more like attending a dinner party where a charming conversationalist holds court. Sometimes she wanders off and you wonder: what were we talking about again? But she’s so witty about it that you don’t mind.

Most enjoyable are the excursions into one’s own literary past. She remembers her first signing, which was in the men’s socks and underwear department of the Hudson’s Bay Company store in Edmonton, Alberta.

She sold two copies; otherwise, male shoppers shunned her en masse. “Proust never had to whip his books into a women’s lingerie department,” she told herself sadly.

Atwood is wary of ideology and how it seeks to eliminate ambiguity and nuance. To that end, she reproduces Am IA Bad Feminist?, her controversial op-ed defending her decision to sign an open letter criticizing the lack of due process for accused sexual assault author Steven Galloway.

Eschatology attracts him again and again. She often writes about the end of the world, although she usually does so lightly. The zombie apocalypse, for example, considers “a flight from a real future that we rightly fear – due to the predictions of climate change and societal collapse that haunt our times – to a frightening future that is not not at all real and which is therefore consoling”.

This is the real burning question she keeps coming back to – why is the world ending and why is humanity doing so little to stop it? “We are inside the marvelous mechanism that we ourselves have built, and we don’t know how to get out of it,” she writes.

Like most writers, Atwood doesn’t actually have the answers, though she does her best to highlight those who do. The late environmentalist Rachel Carson – author of The Silent Spring (1962), dubbed by Atwood “Saint Rachel of All Birds” – gets multiple accolades.

But it is to tell stories that we turn to writers like Atwood. In an essay on the beloved 1908 children’s book Anne Of Green Gables, she wrote that “Anne is the triumph of hope over experience: she tells us not the truth of life but the truth of fulfillment of wishes”.

Maybe that’s why we keep coming back to zombies, she believes. “They are ourselves, but without hope. I wish you hope.”