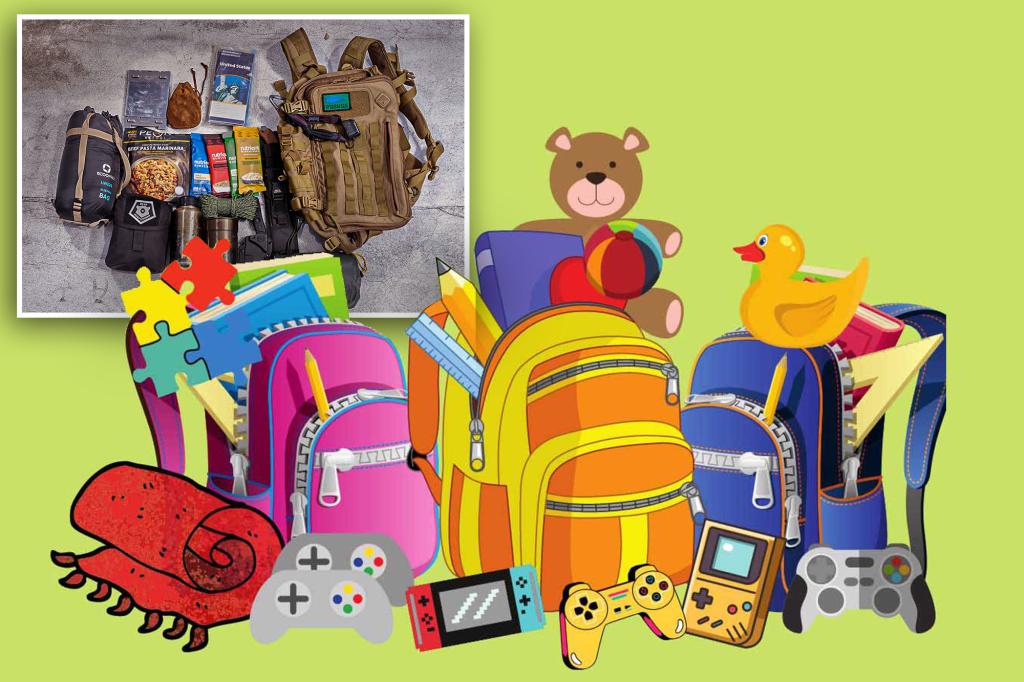 Who said the end of the world wouldn’t be all fun and games?

Two weeks after it released a bizarre public service announcement about what to do if a nuke lands on Gotham — offered little advice beyond “get in” and “stay in” — the city of New York The emergency management agency tweeted what to pack in a ‘travel bag’ in the event of a mass evacuation.

The tweet featured a cartoon of children’s backpacks filled with homework, toys, and Nintendo Switch and Game Boy consoles. A puzzle, a teddy bear, a rubber ducky, video game controllers, rulers and a scarf were also featured.

The post links to the Emergency Management webpage with a list of bug out bag essentials, including food, water, first aid kits and copies of personal documents.

But the fallout from the cartoonish advice came quickly after Tuesday’s tweet.

“This is just a friendly reminder not to forget your game consoles in case of an emergency. You’ll need something to do until nuclear winter passes,” one Reddit user said.

“Not enough room for my Funko Pops or Lego sets,” another user joked.

Anna Bounds, a sociology professor at Queens College with an expertise on the urban “Prepper” subculture, said there was a jarring disconnect between the tweet’s intent and the cartoon, describing it as cavalier.

“It’s not as bad as it should be,” she said. “It acts as a reminder to bring some of your kids’ favorite things, but electronics won’t last you very long. The image looks like a clip art for a back to school post – a real misfit.

Jason Charles, a retired FDNY firefighter and head of New York’s Prepper’s Network, said the cartoon was laughable and irresponsible.

“The emergency management team, I would say they’re not the sharpest tools in the hangar,” he told the Post. “You don’t want your bag bogged down with shit. And if your kids are old enough, you’re not going to put teddy bears, dolls, and video games in there. You will fill it with food, water, their shelter and a sleeping bag. You want them to be in charge in an emergency.

Charles, who was featured on National Geographic’s “Doomsday Preppers,” shared his go-to bag with The Post – a GORUCK-branded tactical backpack loaded with freeze-dried food, a sleeping bag, knives, canteens, small pots, a rope, a headlamp and a combustion kit to start fires.

He said there was no need for New Yorkers to hide and cover just yet and that the bizarre timing of the go-bag message so soon after the PSA nuclear attack was a lazy coincidence on the part of emergency management.

“There is no connection between the two,” Charles said. “This office just has a budget they have to spend, so you’ll see them telling people about hurricanes in January and it won’t make sense.”

Emergency Management said the Tweet was part of its Ready New York education program and the upcoming National Preparedness Month in September. They said they would send bags to prepare people for various emergencies, including fires, power outages, blizzards and major floods.