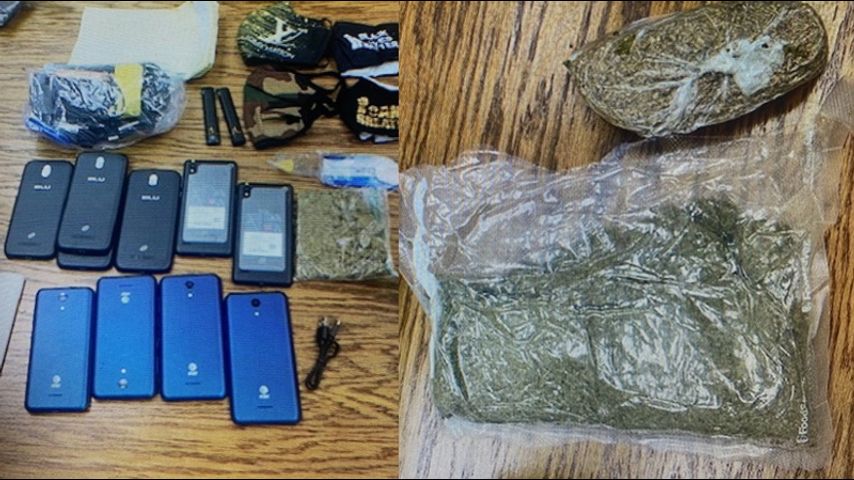 ST. GABRIEL – A corrections officer patrolling Elayn Hunt has come across a garbage bag behind the LCIW garment factory, according to an unusual incident report obtained by the WBRZ investigative unit. This bag was filled with kilos of marijuana, crystal meth, prescription drugs, cocaine and cell phones.

Despite the shocking discovery, there is no law enforcement agency in this jurisdiction that is conducting a criminal investigation into the case. The St. Gabriel Police Department and the Iberville Parish Sheriff’s Office said they were not investigating. At present, the case is only under administrative investigation by the Department of Corrections.

The report notes that the officer recovered the bag and immediately informed Deputy Warden Walter Jarrell of his findings. Director of Investigations Major Jason Linzy and Colonel Sheila Robinson have also been notified.

The bag was handed over to Investigations to further test the report’s notes.

The forces of order in the parish of Iberville and Saint-Gabriel said Thursday morning that they had not been informed of the contraband.

We contacted the Department of Corrections and spokesperson Ken Pastorick said they did not report this incident publicly in hopes that another smuggling drop would occur to catch suspects.

Sources believe it was not reported because the state was trying to cover it up. This is why the information was disclosed to WBRZ.

As that happened, director Todd Barrere announced his retirement. A spokesperson for the Department of Corrections said it had nothing to do with the lingering problems there.

The art, history and the people behind the crafts