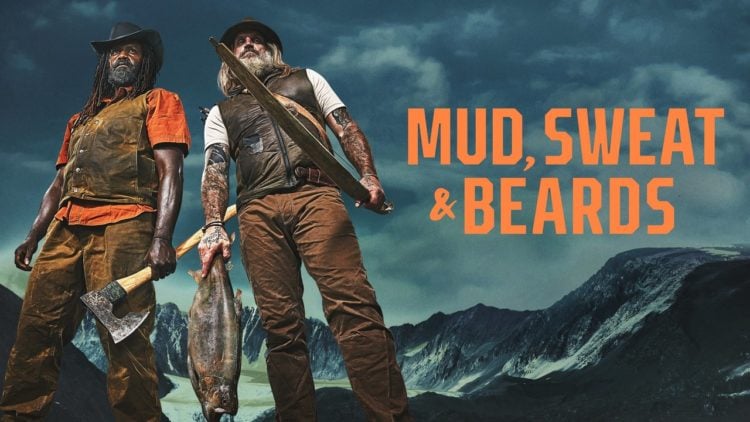 Living in the wild and surviving off the land is probably not most people’s idea of ​​a good time. However, for survivalist Donny Dust, this scenario is all he dreams of. For years Donny has enjoyed exploring the outdoors and living off the basics. Oddly enough, Donny’s decision to live his life somewhat off the grid led him into the entertainment industry. Donny is one of the stars of the new American series Mud, sweat and beards. During the show, Donny and his co-star, Ray Livingston, use their survival skills to turn remote locations into functional places to live. Keep reading to learn 10 things you didn’t know about Donny Dust.

Donny Dust is originally from Colorado, the place he still calls home. With many natural landscapes, Colorado is a great place to explore the outdoors. Unfortunately, we couldn’t find much information about his upbringing or personal life.

Donny is a proud veteran of the United States Marine Corp and his time in the military helped develop his love for survivalism. During an interview with The Ultimate Predator, Donny said, “I served 12 years of active duty in the United States Marine Corps…The Corps, and more importantly the Marines around me during my service, encouraged my survival and bushcraft activities. . During my service, I took several survival courses in many places, including the high deserts; deep and remote jungles; mountain peaks; completely waterlogged swamps; and open seas/waters.

3. He owns a survival school

Donny is not only passionate about making the most of his survival skills, but he is also passionate about helping and educating others. He has a survival school in Colorado called Survival Paleo Tracks. According to the school’s website, “Paleo Tracks Survival School is a wilderness self-reliance school located in beautiful Colorado that teaches people from diverse backgrounds the essential and necessary skills to survive and thrive in any situation. .” People travel from all over the world to study with Donny.

4. He is quite private

Just because Donny is a reality TV star doesn’t mean he enjoys exposing his whole life. He’s actually quite a private person and he hasn’t shared much information about his personal life. Instead, he prefers to keep all the attention focused on his brand.

Donny’s survival skills created many opportunities for him, and one of them was the chance to do several live gigs. He traveled to all kinds of places to spread information about his way of life and his talks have empowered and inspired countless people.

6. Mud, sweat and beards It’s not his first time on television.

See Donny on Mud, sweat and beards may be the first time many people are introduced to him. However, this isn’t the first time he’s done a TV show. He was a contestant on the History Channel series Onlybut he had to leave the competition early after suffering a heart attack.

Donny’s survival skills and reality TV experience aren’t the only things he should be proud of. He is also a published author. In 2018, Donny published a book called Scavenger: A Primordial Approach to Lifestyle Change which detailed his life as a survivalist and also explained how he overcame his near-fatal heart attack.

8. He has a large following on social media

As someone who likes to live off the land, most people probably wouldn’t expect Donny to be a heavy social media user. However, he is actually quite active on social media and he has built a very large following. On instagram he alone now has 235,000 followers. This number will likely increase as Mud, sweat and beards’ popularity grows.

9. He always loved the outdoors.

Donny’s love for the outdoors isn’t something he discovered later in life; it’s always been part of who he is. He told The Ultimate Predator: “I’ve always been involved in the outdoors, living a bit wilder and freer than most. As a young boy I was always outdoors, fishing, hiking, building shelters and exploring the world around me. My pursuits were mad and still are today.

As mentioned earlier, Donny is not the kind of person who likes to go into details about his personal life. However, we know that he is a husband and a father. He has two sons, but there is no information about them because Donny’s wife and children have shunned the spotlight.