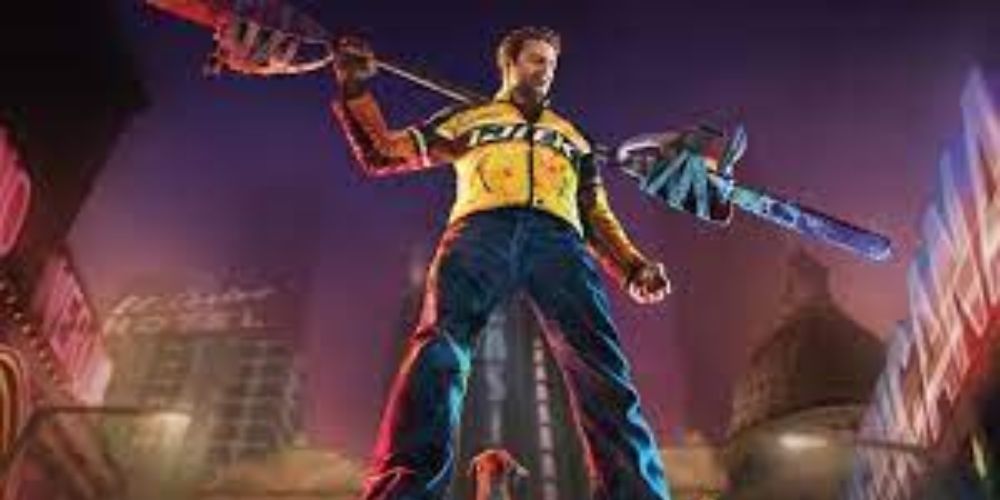 The plot of many games, a zombie apocalypse, is something we’ve only seen unfold on screen. Whether it’s the result of an evil biolab corporation, a reanimating deadly disease, or nature’s way of population reduction through a Cordyceps fungus, there are plenty of reasons why the zombie apocalypse could be happening. trigger.

One thing you have to ask yourself though, what would be the best weapon to bring in such a scenario? Over the years, video games have had some pretty solid choices for killing zombies and non-zombies. Here are some of the weapons we would pack if the zombie apocalypse were unleashed.

There are a lot of zombies in and around Fortune City. Knowing that, it will take some ingenuity on Chuck Greene’s part to make it out alive.

Luckily, the Paddle Saw can be made with just a few chainsaws, a paddle, and some duct tape. Twice as deadly as a normal chainsaw, plus good reach thanks to wide swings of the paddle can keep some distance between you and the zombie horde. There are, however, a few drawbacks. It does feel heavy, and gas might be an issue at some point.

A weird game for sure, but Travis Touchdown brings a special weapon to the playing field as he battles rival assassins in No More Heroes; the Katana beam.

You’ve seen a lot of swords in zombie apocalypse stories, and perhaps none quite like the katana. But, what if instead of a normal blade it was an energy beam? Slicing other assassins with ease means the beam katana should have no problem slicing through zombies as well. It runs on batteries that need to be recharged from time to time, so be careful when your charge starts to run out.

If blasting armored Nazis is any clue, then the Schockhammer X would be a great weapon to keep on hand during the zombie apocalypse. A fully automatic three-barreled shotgun, this weapon goes beyond ordinary shotguns.

Related: Games That Let You Play As A Zombie

Additionally, the Schockhammer can be upgraded with a faster firing rotor, extended magazine, and specialized ammo that ricochets off hard surfaces. Aiming is definitely not a problem with this weapon, making it ideal for large groups of undead.

This iconic Halo weapon has fought its way through rival Spartans, warring Covenant, and the devouring Flood. Other than the metal hilt, the Energy Sword is made entirely of focused plasma energy. Unfortunately, this sword has the same drawback as the Beam Katana and only has a limited charge available before it burns out.

Its extended use as a front-line military weapon in various conflicts across the Halo universe means it’s more than just a show weapon. If he can melt through Spartan armor, he should do just fine against Rotten Flesh.

Made from a seemingly normal collection of golden clothing and office supplies, the Golden Gun is instantly recognizable to any James Bond fan.

While it’s not the most impressive or the biggest weapon to take up arms against waves of zombies, it does have a special ability: every hit is fatal. This one-hit kill ability made him an instant fan favorite in GoldenEye 007 multiplayer matches.

Considering this is a zombie apocalypse, you’d definitely want to stay as far away from the flesh-hungry horde as possible. Which makes this sniper rifle a great choice for any sniper.

Bulletstorm had plenty of memorable and deadly weapons, but the Head Hunter was something special. Coming already equipped with explosive ammo is reason enough, but the fact that you also control the flight of the bullet allowed for limitless possibilities. No wasted hits, and multiple kills per hit mean that as long as you keep some distance, the Headhunter will treat you well.

One of the most easily recognizable weapons in the Fallout series, the Fat Man is an interesting idea for sure. A portable catapult for a football-sized nuclear warhead, its ability in a fight can be seen quite quickly.

Throwing a nuke at a group of zombies is sure to vaporize them pretty quickly. Just make sure to throw it away from you, it’s not necessarily the friendliest option, and maybe stay away from where you threw it too. It would be pretty stupid to die from radiation in a zombie apocalypse.

The ultimate weapon in the Doom series. The BFG 9000 may have various fully spelled out names, but the acronym alone is enough to bring back powerful memories.

Executing Argent Energy straight from Hell itself, this gun should be more than enough to send wave after wave of zombies back to the grave. A direct hit completely disintegrates anything it comes in contact with and is powerful enough to unleash with streaks of energy to damage anyone nearby as well.

What if ammo isn’t readily available, but you still don’t want to get too close? The gravity gun might be the perfect tool for the job.

Able to grab any small to medium sized object and quickly throw it at any incoming zombie should be more than enough to protect you. It’s even strong enough to push cars, so you know it’s got some power behind it. A great tool for moving objects out of your way, or even building barricades, means this is an all-in-one tool for any type of survival scenario.

Assault rifle and chainsaw? What’s not to like? The Orderly Governments Coalition’s standard weapon platform, the Mk 1 or Retro Lancer started out with a mean bayonet. After the day of the uprising and the introduction of the thick-skinned locust, a new close attachment was needed.

Enter the chainsaw variant of the Lancer. With the ability to protect at medium range and up close with the chainsaw bayonet, this weapon is surely the best of both worlds.

Next: The best zombie games

Dust, costumes, weirdness and science: Burning Man is back

19 companies you shouldn’t borrow from